In North Korea, they will be marking the first anniversary of the death of Kim Jong-Il. The successful satellite launch last week means there is considerably less pressure on his son Kim Jong-un as he completes his first year at the helm of the secretive communist state.

Meanwhile, a hearing is due to take place in Milan in Silvio Berlusconi’s trial over his alleged sexual exploits with Moroccan dancer Karima el Mahroug. Ruby, as she is also known, was supposed to be testifying at the hearing but is in Mexico with no plans to return until next month.

Gujarat in Western India holds the second and final phase of its assembly elections. The state is led by Narendra Modi of the BJP and his expected re-election would bolster his case for one day becoming India’s Prime Minister. Counting takes place on 20 December.

Finally, in Washington DC,  the IMF Managing Director Christine Lagarde is due to submit a report to member’s of the fund’s board on actions taken by Argentina to address serious concerns about the reliability of its official growth and inflation data. The fund has warned Kristina Fernandez de Kirchner’s government that failure to adequately address concerns could result in ‘additional measures’ being taken by the fund.

On Tuesday, imprisoned former Ukranian Prime Minister Yulia Tymoshenko is due back in court facing charges of embezzlement dating back to the 1990s. Convicted of abuse of power in October last year, she is currently awaiting the judgement of an appeal lodged with the European Court of Human Rights, which may be handed down as early as this month.

In The Hague, the International Criminal Court is scheduled to hand down its judgement in the case of Congolese militia leader Mathieu Ngudjolo Chui, who stands accused of war crimes and crimes against humanity.

Lastly, in the United States, Defense Secretary Leon Panetta is due to speak at the National Press Club about challenges facing America’s military.

Wednesday is election day in South Korea. Leading candidates to replace Lee Myung-bak are Park Geun-hye of the incumbent New Frontier party, and Moon Jae-in of the liberal Democratic United party. Whether North Korea’s successful launch has an impact on the presidential poll remains to be seen; both figures have vowed to take a more conciliatory approach with Pyongyang than that taken under President Lee.

In France, an appeal court is due to decide whether or not pursue its investigation into suggestions that Dominique Strauss-Kahn, the former IMF head and one-time French presidential contender, was involved in a prostitution ring. This follows last week’s settlement in New York of the civil case brought against Strauss-Kahn by Sofitel employee Nafissatou Diallo.

French President Francois Holland is due to begin an official a two-day visit to Algeria, where he is to meet his counterpart Abdelaziz Bouteflika.

In New York, the UN Security Council will have plenty to talk about at its regular monthly meeting on the Middle East.

On Thursday, Russian President Vladimir Putin is due to hold an annual press conference where is likely to face questions on a raft of issues, not least his position on Syria as Russia appears to be distancing itself from Bashar al Assad’s regime.

WikiLeaks founder Julian Assange, still holed up in the Ecuadorian embassy in London, is due to speak to supporters. 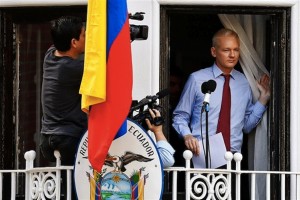 On Friday, US President Barack Obama is scheduled to head to Hawaii, where he plans to spend the holidays with the First Family. However, it remains to be seen whether the impasse over fiscal cliff negotiations ends up forcing the president to stay in DC. As the New Year deadline looms, partisanship in the US capital shows no sign of abating.

In Italy, Mario Monti is due to hold his end of year press conference. He has vowed to step down as Prime Minister once he has pushed through next year’s budget, with elections now expected in February. It remains to be seen whether Silvio Berlusconi’s announcement that he plans to seek to lead Italy once more is enough to change Mr Monti’s mind. 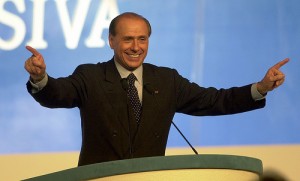 Finally, Vladimir Putin is due to travel to Brussels for the EU-Russia summit.

On Saturday, Egyptians are due to vote in the second phase of a referendum on the country’s new constitution, with opponents of President Mohamed Morsi urging people to reject the new constitution. Regardless of the result, more unrest seems certain.

Finally, Japan’s Emperor Akihito turns 79 on Sunday. He traditionally meets with reporters on his birthday, and may be asked about regional tensions.

Some images courtesy of fotostory / Shutterstock.com.