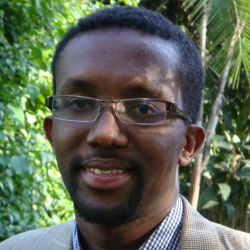 Ayanle Jama Feyte, an online journalist working for the Lassqorey website who was arrested on March 26, has reportedly been jailed for two years by a court in Bossaso in the Puntland region of Somalia. He is charged with defamation under the “criminal code defamation to state administrative bodies” after he allegedly published a series of articles critical of the regional president and other senior local government officials,

“We are deeply stunned by these unfounded allegations against Jama Ayanle.  Puntland police has history of threatening and arresting journalists because of their independent reporting” said Omar Faruk Osman, NUSOJ Secretary General. “If they cannot produce tangible proof to substantiate these allegations, the police must release the journalist without more illegal detention to continue his work freely.” link

Feyte’s arrest and the general situation for Somali journalists working in the Puntland region was the subject of discussion this week in Chicago.