I’ve just got back from a short filming assignment in Mali and still trying to remove fine red dust from all of my camera equipment. I’ve worked in West Africa several times but this was my first trip to Mali. I’m indebted to an old friend in Bamako in the form of the BBC’s Martin Vogl for food, shelter, money changing, mozzie repellent, travel advice and good conversation!

One of my assignments was gathering multimedia materials about clean water in rural villages. The filming schedule included a slight detour to pop by a Dogon village, about 80 km out of Mopti, to shoot the opening of a new village water pump. Hmm… so on the way there me thinks the potential shot list will probably be something like officials clad in safari suits, ribbon cutting, water pumping, speeches, and as usual, loads of children going completely nuts in front of the camera held by me – a slightly sun burnt bloke wearing a faded Hong Kong Rugby Sevens bucket hat circa 2000. Perhaps best just to get my shots quickly and move on because geepers it’s hot in the midday sun and I’m already dreaming of a ice-cold panache back at the hotel followed by a tasty fillet of local Niger capitaine.

Well, that was the plan until a volley of gun fire erupted as I arrived. And no, not a war over the new water pump, but the welcome from Dogon…um… warriors. 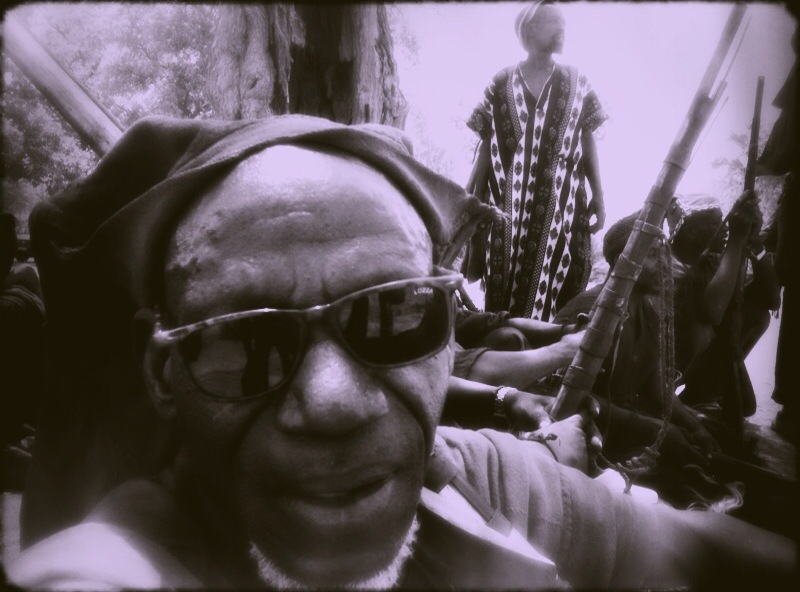 Maybe it’s just the boy in me, but these fellows and their muskets, some sporting some home-made-retro-fitting mods, seemed far more interesting to film than the opening of a water pump. Apologies to any avid readers of Jane Defence Weekly but I didn’t look close enough to note any particular make of musket.

I did note that most men carried gun powder in a small pouch, tin or plastic bottle. Out comes a ramming rod to pack the powder down in the barrel. And thankfully no shot was used as weapon discipline in the ranks was a rather casual affair.

At one point the firing became so intense that someone from the official party dashed over to respectfully ask for a cease-fire so the official speeches could be heard.

Dogon Musketeers in Mali from fieldreports on Vimeo.

By coincidence, while I was in Mali, the annual Operation Flintlock was underway – a large regional military training exercise.

I’m assuming that the Malian army is using more up-to-date weapons than muskets in their training with US Special Forces, but correspondents covering the exercise saw that there seems to be a big gap in military training and basic skills… including knowing how to drive a vehicle.

A U.S. Special Forces instructor leans toward a steering wheel, showing some 50 Malian soldiers gathered around an army pickup how a passenger should take control of a car if the driver is killed in an ambush.

The elite Malian troops look on, perplexed. "But what can we do if we don’t know how to drive?" asks Sgt. Amadou, echoing many of his colleagues’ concern.

There are a few laughs, but the Malians are not joking; most of their unit does not know how.