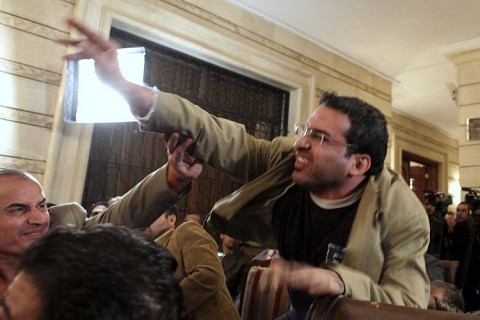 Muntazer al-Zaidi, the Iraqi journalist who famously threw his size 10’s at outgoing U.S. President George Bush and called him a "dog", goes on trial today. Zaidi has been held in prison for over two months and could face up to 15 years behind bars,

Zaidi was handcuffed and surrounded by a pack of security guards when he was brought to Iraq’s Central Criminal Court in Baghdad’s fortified Green Zone. Family members waiting for him inside the courthouse ululated wildly as he was brought in and draped an Iraqi flag across his shoulders. link