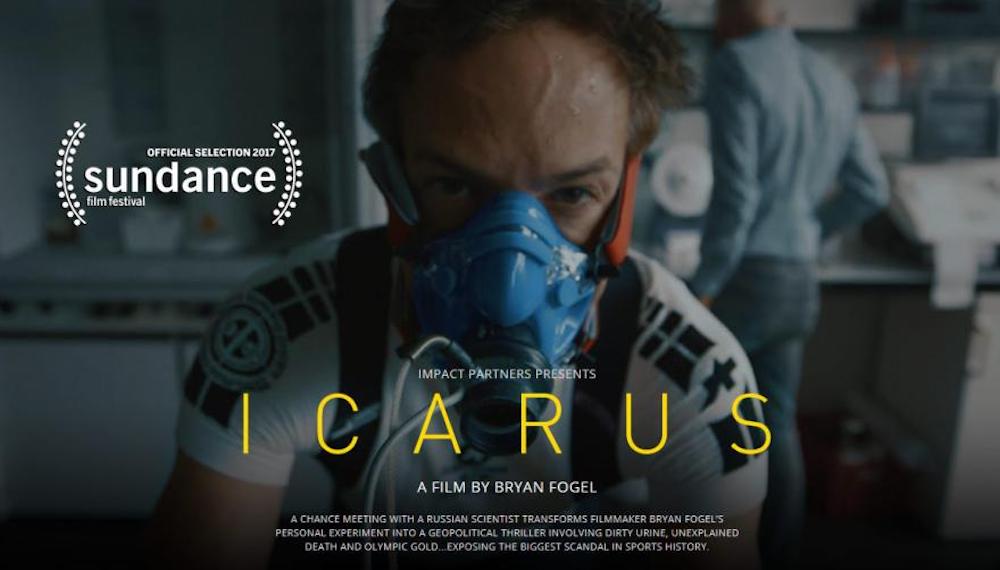 Filmmaker Bryan Fogel sets out on a mission to learn about performance-enhancing drugs in sports. What he ends up discovering is far bigger than anyone could have even imagined.

Fogel’s investigation into doping — the art and science of evading drug tests in global athletic competitions — leads him to Dr. Grigory Rodchenkov, the scientist in charge of Russia’s anti-doping laboratory. Over a year of Skype calls and visits from Moscow, Dr. Rodchenkov orchestrates a steroid regimen for Fogel designed to game the system. When news breaks of an alleged Russian plot to cheat the Olympics, Fogel discovers that Rodchenkov is in possession of state secrets.  Within days, Rodchenkov confides to Bryan that his life is in danger, setting off a chain of events revealing a conspiracy with its roots at the heart of the Kremlin.  Rodchenkov escapes to the United States with Fogel’s help and becomes a whistleblower.

The revelations first made by Rodchenkov in the film, have since been corroborated by multiple forensic and journalistic investigations. His on-camera testimony along with the film itself was cited as critical evidence in The International Olympic Committee’s decision to ban Russia from the 2018 Winter Olympics.

Luke Harding is a foreign correspondent for the Guardian and was the Russia correspondent from 2007 – 2011 whereupon he was refused re-entry to the country due to his reporting. He is the author of Mafia State, which describes the political system under Putin

Bill Browder is the founder and CEO of Hermitage Capital Management, which was the investment adviser to the largest foreign investment fund in Russia until 2005, when Bill was denied entry to the country and declared a “threat to national security” as a result of his battle against corporate corruption. Following his expulsion, the Russian authorities raided his offices, seized Hermitage Fund’s investment companies and used them to steal $230 million of taxes that the companies had previously paid. When Browder’s lawyer, Sergei Magnitsky, investigated the crime, he was arrested by the same officers he implicated, tortured for 358 days, and killed in custody at the age of 37 in November 2009. Since then, Browder has spent the last 5 years fighting for justice for Mr. Magnitsky.