Rwanda decides but what next? 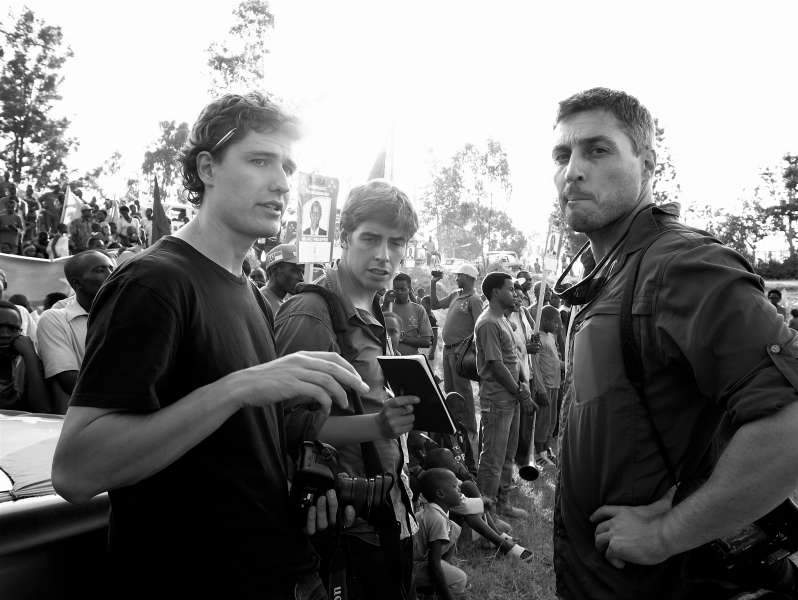 There was no discussion about who would win Rwanda’s 2010 Presidential election among Rwandan and foreign hacks as we drove through the eastern provinces yesterday afternoon. As we passed shuttered polling stations, the betting began.

How much would President Paul Kagame win by? By 5pm, we’d heard three preliminary results from three separate polling stations. The consensus in the car put the win at around 96%. I’ll admit, I went for a 90% Kagame win purely for pragmatic reasons. As far as I understand it, and please correct me if I’m wrong, the opposition parties need 5% of the vote each to secure government funds to stay in existence.

If the preliminary result of almost 93% for Kagame stands, I’m not sure what it will mean for the opposition, such as it is,

According to the preliminary results released by the National Electoral Commission, President Kagame won by 92.9 percent. The PSD candidate, Dr. Jean Damascene Ntawukuriryayo, has 4.9 %, Prosper Higiro from the Liberal party (PL) 1.5 % and the PPC candidate, Dr Alvera Mukabaramba 0.7 %. link

Now we know the result – roughly the same as the result in the 2003 election – let’s look at some of the more unreported issues around the election and also what the result means for Rwanda and the region going forward.

The crowds at the RPF campaign rallies were colossal. This show of strength was aimed at three audiences. To Rwandans, it emphasizes the strength and perceived popularity of the RPF. To foreign observers, it’s a fantastic piece of PR for the ruling party. In addition, and most importantly according to western diplomatic sources, this impressive show of support was directed at "enemies of Rwanda outside Rwanda".

On the quirkier side, the fact that (at least one rally in Muhanga) by the Liberal party was funded by the RPF seems to have gone unnoticed by all media outlets bar Reuters. Even though it supports the over-riding media narrative that there is no convincing opposition,

At one Liberal Party rally, which attracted 200-300 people, an official said the event was funded and organized by Kagame’s ruling Rwandan Patriotic Front (RPF). She too would vote for the incumbent, the official added. link

It was just late 2009 when the head of a western NGO talked to me about how incredible Rwanda’s PR machine is. "How do they run their ship so tightly?", she asked. Well, 2010 saw that ship all but sink. It’s unclear whether any amount of professional shoring up will stop the tide of bad press, at least in the short term. How did it happen and happen so quickly?

This BBC report, in particular, was damning. However, it’s the links, more perceived than proven, of recent events being made by western media that have probably been most damaging.

Grenade attacks, defections, assassinations, press freedom and repression of political opposition… they are regularly bundled into your average Rwanda story. There is no proof (that I know of) linking any of these events, but the portrayal by western media often leaves readers with the impression that some or all of these events can be linked and linked back to the government.

For example, the common narrative with the banning of Umuseso and Umuvugizi newspapers for six months is that this is a bad thing. However, I’m reliably told that both Umuseso and Umuvugizi regularly fabricated entire stories and made up quotes. Sure, the 6 month ban looks draconian, but it’s clear these papers were, at best, unprofessional.

Another case is Victoire Ingabire’s FDU-Inkingi Party party which was not allowed to register for the Presidential election. She has been held under house arrest and had her passport taken away. Western media outlets often portray this as blatant suppression without looking at some of the more damaging facts. Ingabire refuses to divulge how her party is financed and she is President of two somewhat dodgy Rwanda diaspora parties – the RDR and FDU.

Ingabire is president of two Rwandan émigré parties based in Europe. One is the RDR, the other the FDU; they are essentially the same, save for the alphabet-soup acronym intrigue of émigré politics. Both are the descendents of the RDR party established in 1995 in eastern Congo by Rwandan military leaders of the 1994 genocide against the minority Rwandan Tutsi. Their intent was to replace, with less compromised faces, the Rwandan interim government that had committed the genocide and then retreated to eastern Congo.

The founding RDR ideology and strategy, never repudiated since 1995, is to return the genocide perpetrators and their supporters to power in Rwanda by force or by negotiation. Ingabire’s predecessor as RDR president in Europe, Charles Ndereyehe, is the subject of an Interpol warrant for genocide crimes committed against Tutsis in 1994. Ingabire’s RDR and FDU have long had ties with the FDLR in eastern Congo. link

Most foreign hacks stayed in Kigali for election day. This is largely because of the need to feed the media agenda; get the buzz in the capital, film the President casting his ballot, await preliminary results and make sure you have time to get to the 7pm victory party at Amahoro Stadium in the capital. The schedule doesn’t allow for the parachuted-in foreign correspondent, who might be unfamiliar with Rwanda, to get out of the capital on election day. However, for those of us that did, the Kigali "showboat election" as one western diplomat described it, wasn’t necessarily mirrored across the country,

In at least one incident, however, voters were ushered into polling stations hours before voting officially opened and instructed to vote for Kagame. "The first picture on the ballot sheet was Kagame. We were told to take their thumbs and show them where to vote. I know personally because I oversaw 83 people," said one man identifying himself as a village chief and RPF member. A second man in the same village in Rwanda’s Eastern province told Reuters he used a megaphone to order sleeping residents to vote: "Wake up, go to vote early, the one you have to vote for, you know him." link

Going forward I’ll blog some more thoughts on Rwanda’s pros
pects over the coming months and years when I’ve had more time to digest recent news and events. However, I suspect any election quibbles will very soon be forgotten. Whichever ever way you cut it, this was an emphatic victory. The President has already stated that Rwanda is not ready for the medicine of democracy and given the country’s unique history he may well be right. Time, or the next seven years at least, will tell. The Christian Science Monitor has a good initial analysis of Rwanda’s role regionally over the coming years,

Seen by the US, Britain, and increasingly by France as a reliable strategic partner in Africa, Kagame would appear to have a secure position. But a string of defections and arrests of top Rwandan military and government officials, and assassination attempts against Kagame’s critics, are starting to leave a bad taste in the mouth of even those African leaders who once voiced their solidarity and support. link

And Reuters has a useful "snap analysis",

Some analysts say Kagame must repair his image following the crackdown on political opponents and critical media ahead of the vote and prove he is not just another African strongman with a slick international public relations machine. They say the bush war veteran will need to convince foreign donors and investors that he remains committed to his promise of democratising the country to ensure the impressive development seen over the past decade will be maintained. Analysts say Rwanda can expect far more foreign direct investment if it improves democratic accountability in the years to come rather than taking an increasingly autocratic line. link

Lastly, I’ll leave you with one abiding memory of this intriguing election period in Rwanda – the campaign trail dust. As filmed on the road to a PSD rally in Karenge. I’m still washing it out…