The Forum Blog contains reports of all our events. You can read an account of this event here.

The surveillance culture in Russia is well documented. In the digital age as we see more protests on the streets of Moscow and elsewhere the FSB (the successor to the KGB) are developing new surveillance technologies.

Towards the end of last year as debate about the draft Communications Data Bill was raging in the UK, in Russia advanced internet-censorship and monitoring technologies were introduced. In reaction to this Privacy International, Agentura.Ru, the Russian secret services watchdog, and Citizen Lab have joined forces to launch a new project entitled Russia’s Surveillance State.

We will be joined by those involved in this new project and other experts to discuss the surveillance practices in Russia and how they are developing. 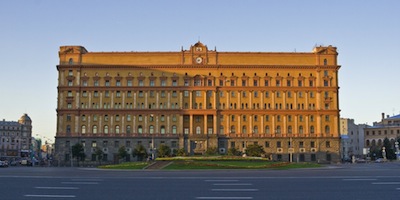 Chaired by Misha Glenny, an investigative journalist, author and broadcaster. He is one of the world’s leading experts on cybercrime and on global mafia networks. He is author of McMafia: Seriously Organised Crime and DarkMarket: How Hackers Became the New Mafia.

Edward Lucas is international editor of The Economist and author of Deception: Spies, Lies and how Russia Dupes the West. He has covered Russia and Central and Eastern Europe for more than 20 years.

Andrei Soldatov is an investigative journalist and editor and co-founder of Agentura.Ru, an information hub on intelligence agencies. Soldatov regularly makes comments on terrorism and intelligence issues for Vedomosti, Radio Free Europe and the BBC. He authored a chapter on Russia’s secret services in the PSI Handbook of Global Security and Intelligence: National Approaches and is co-author of The New Nobility: The Restoration of Russia’s Security State and the Enduring Legacy of the KGB.

Irina Borogan is an investigative journalist and deputy editor and co-founder of Agentura.Ru. She covered the NATO bombings in Serbia, and the Lebanon War and tensions in West Bank and Gaza Strip for Novaya Gazeta. In 2009 she started a series of articles investigating the Kremlin’s campaign to gain control of civil society and strengthen the government’s police services under pretext of fighting extremism, the series was published in Ezhednevny Journal and on Agentura.Ru.