“Khodorkovsky set himself up in rather clear opposition to what the Putin regime was up to, particularly  with regard to pipelines in the far East. And he did breach Putin’s insistence [that] the oligarchs could hang on to their money, provided they didn’t get involved in politics. And he was misguided enough in effect to accuse Putin personally of corruption on prime time television.”

Judah elaborated by explaining what had been at stake in 2003, when Khodorkovsky was arrested and charged with tax fraud:

“I think there are two important statistics in an oil-based economy: The first statistic is the price of oil. The other statistic is what percentage of the profits of oil are taken in tax by the state. In the 1990’s under Yeltsin, this tax had been reduced to… around 30-35%. Putin was trying to increase the oil tax rate through the Duma and found himself consistently blocked by MPs that were on the payroll of Khodorkovsky… Putin decided to resolve the issue by arresting him and by destroying his company… the tax on oil profits are now 83%.”

Lucas asked Samsonova if she thought Khodorkovsky, a member of the hated oligarch class, had managed to redeem himself in the eyes of Russians through his time in prison. Samsonova explained how sympathy had increased towards Khodorkovsky, as members of Russia’s middle class found similar things happening to their companies at the hands of Russia’s security services:

“Only in five or six years did the general public start to understand what actually happened and what the lawyers of the Khodorkovsky had been trying to tell the people for many many years. The thing was that this pattern of taking out somebody’s company, to your interests, through the court… happened to multiply itself. . . . And other entrepreneurs, very small ones, ended up in prison and [these] cases were exactly the same as Khodorkovsky’s case but on a smaller scale. By 2009 and 2010 we started to realise that so many entrepreneurs were in prison because somebody just wanted their business.” 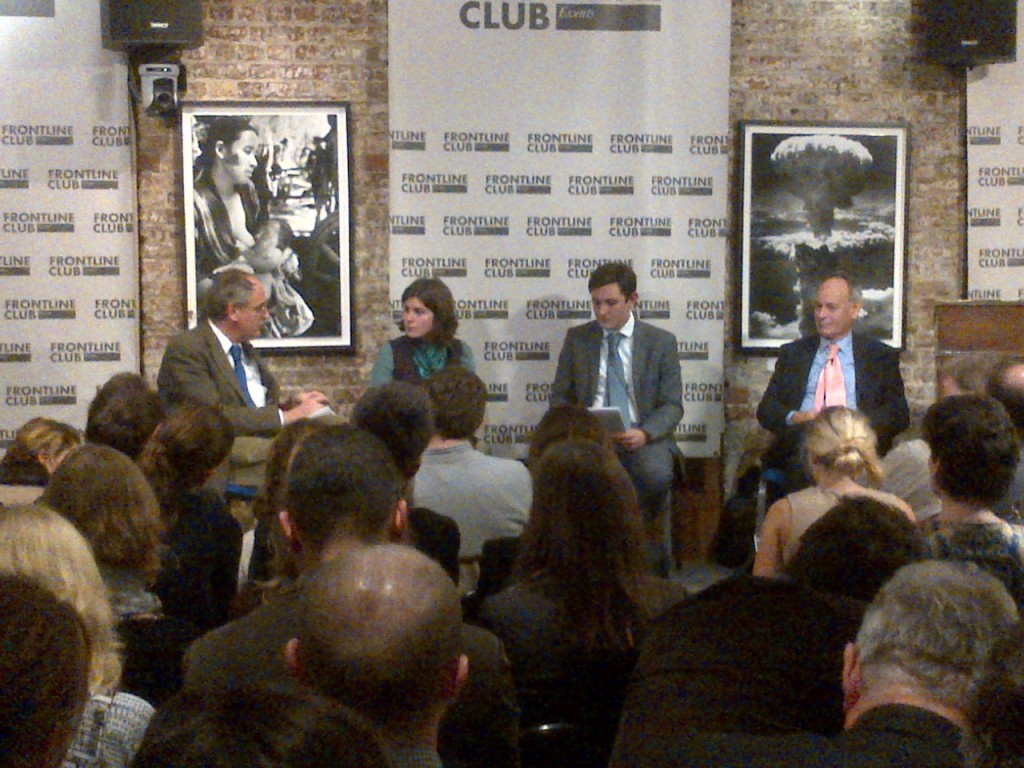 After opening the panel to questions from the floor, much of the discussion hinged on what the UK should do about the large amount of Russian capital flowing into the country, and whether this money was morally and legally clean. Judah argued that the UK’s acceptance of dirty money from Russia was decreasing British credibility in the eyes of the opposition:

“If you spend a lot of time in Moscow… if you go and see opposition leaders and you introduce yourself as British, you just get treated like you’re a pirate nation.”

“‘We regard you in the west as accomplices with Putin in the looting of Russia and if we come to power, when we come to power, we’re going to be under a lot of pressure to settle accounts with you guys ’cause of what you’ve done.'”

Brenton took a different position and argued that Russian money was too important to the UK economy to refuse and that doing so would simply mean that Russian capital ended up in other countries:

“Of course human rights matter and I think my personal record is a fair demonstration of my commitment to them. There are a lot of poor people in this country, people who have lost their jobs who, as a result of Russian money have a better chance of getting a job and that matters too.”

Daniel is a freelance journalist and researcher specialising in foreign affairs, with an emphasis on Russia and the former Soviet Union. Twitter: @danielabkennedy