Roll up! Roll up! Here’s what you can win in the Frontline Fund Awards Night Raffle…

Roll up! Roll up! Here’s what you can win in tonight’s raffle for Frontline Fund at the 2013 Frontline Club Awards. Each year we raise money in support for the Frontline Fund (formerly known as Fixers’ Fund).

Here are the prizes you can win tonight, which have been donated to us this year: 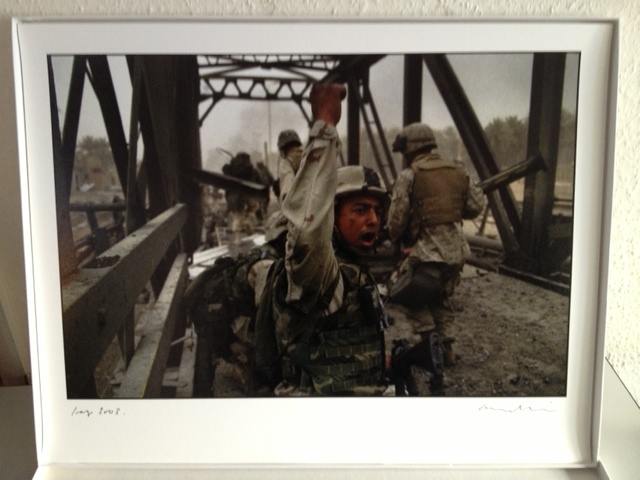 US Marines of the Third, Battalion Fourth Marines take the Diyala Bridge in a suburb of Baghdad, Iraq. This photograph is part of a sequence shot over three days when the Third Battalion, Fourth Marines of the United States Marine Corps attacked and captured the Diyala bridge in Baghdad, Iraq, prior to driving into Baghdad and pulling down the statue of Saddam Hussein outside the Palestine Hotel. April 2003.

Dogwoof has been a close partner of our screenings for years and distributes some of the best theatrical documentaries.

The films you can win are:
Restrepo by Sebastian Junger and Tim Hetherington
The House We Live In by Eugene Jarecki
Chasing Ice by Jeff Orlowski 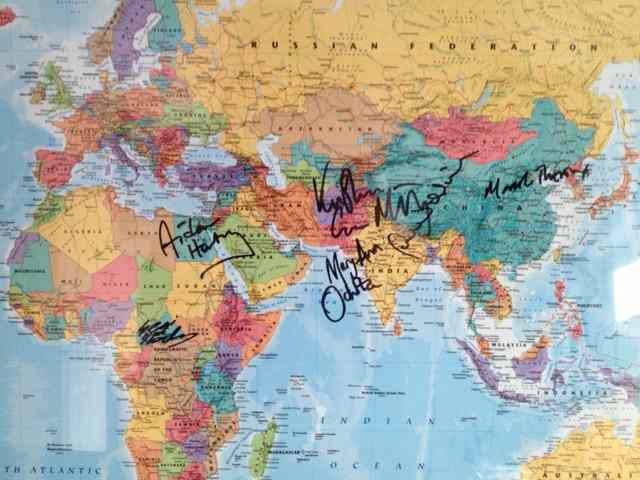 Following Unreported World’s generous gifts for last year’s raffle, we are delight that this year the team have given us a signed world map. Find each team member’s signature pinpointing their most recent projects from the soon-to-be-aired new series.

Win a £50 voucher to spend at Calumet Photographic in their Drummond Street store, near Euston. 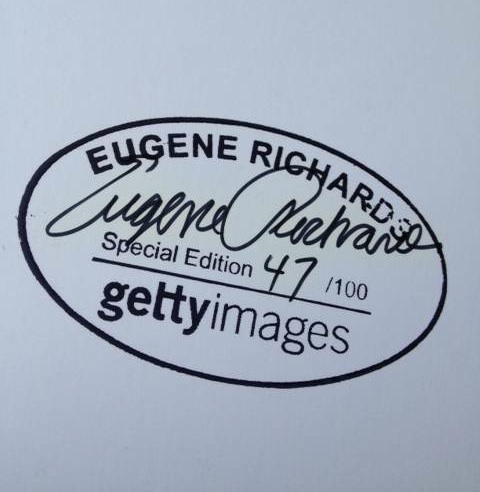 War is Personal by Eugene Richards – signed copy
From the Getty archive, donated by Aidan Sullivan from Getty Images

A rare copy of the now out-of-print book by Eugene Richards. War is Personal is a collection of 15 complex and deeply intimate real-life stories. It is a study of lives in upheaval, a chronicle of greatly differing experiences and perceptions of what it means to go to war, to fight, to wait, to mourn, to remember, to live on when those that you love are gone.

England Uncensored by Peter Dench – signed copy
From the Getty archive, and arranged by Aidan Sullivan and Patrick Llewelyn from Getty Images

England has never been exactly glamorous. For much of the 20th century, a sunny day was the perfect excuse to wear a knotted handkerchief on your head, stride around in plus-fours, and eat whelks. And that was just the women. In 2012, England’s leisure scene seemed much more organised and sophisticated, and the nation was bursting with events of all kinds: festivals, regattas, country-house concerts, sporting fixtures, jollies and jamborees. Why, then, do so many of the English still insist on embarrassing themselves, wearing laughable clothing, eating terrible food and behaving inappropriately? That was the question on the mind of photojournalist Peter Dench, when he set out on a photographic tour, the result of which is England Uncensored.

We are delighted that Vodafone – one of our sponsors for this year’s awards – are giving a new iPhone to the Frontline Fund Awards Night Raffle.

Forget birdsong, breakfasts in bed and hot dates, this is the thing to wake up to. Alma de Cuba’s Fuerte blend is expressive, rich and complex, much like its proud Cuban heritage. They roast it in small batches, ensuring each bean is a thing of freshness and beauty. 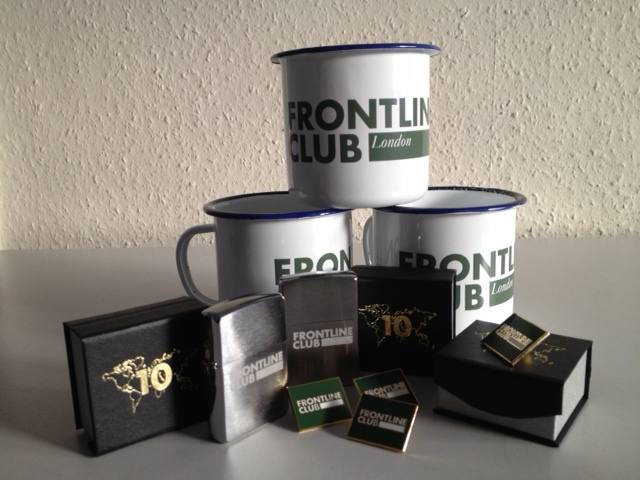 Frontline Club dinner + event
We’re also raffling a dinner for two in the restaurant followed by an event. Offering the finest in British cuisine, set in our heritage building decorated with challenging, classic photographs by extraordinary photographers, the Frontline Restaurant is the best place to eat British food in Paddington. You can pick from our packed programme of debates, and documentary and film screenings which bring together many of the world’s best journalists, photographers, filmmakers and thinkers.