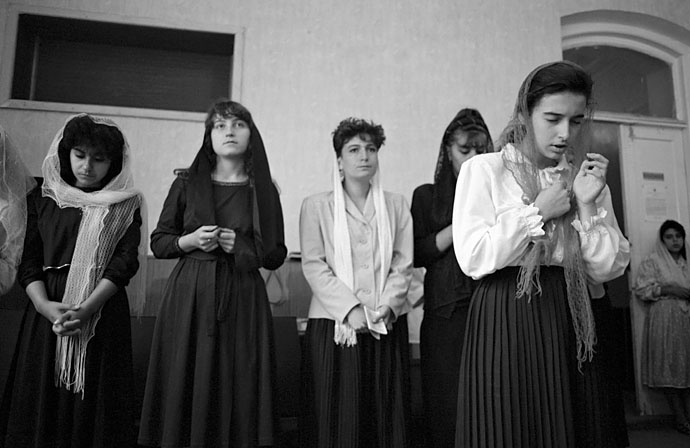 Although Armenia was the first nation to adopt Christianity as its official State religion in 301 AD, and despite the role the Armenian Apostolic Church has taken upon itself in terms of shaping national identity, it had not been known for restricting other faiths as much as other post-Soviet republics. Indeed, allowing other religious groups such as the Jehovah’s Witnesses and Mormons to operate in a virtually mono-ethnic country was one of the obligations Armenia took upon itself when it joined the Council of Europe.
However, with the power of the Orthodox Church alarming many in neighboring Georgia, there are concerns that attitudes towards religion might change, and specifically with the introduction of three new laws on religion in Armenia and Nagorno Karabakh which will restrict the activities of any group other than the Armenian Apostolic Church. Ringing even more alarm bells about religious freedom in the region, Forum 18 reports that the legislation was drawn up without consulting international monitoring bodies.

If two draft Laws which began passage through Armenia’s Parliament on 5 February are adopted, spreading one’s faith would be banned, Forum 18 News Service has learnt. Those who organise campaigns to spread their faith would face up to two years’ imprisonment, while those who engage in spreading their faith would face up to one year’s imprisonment or a fine of more than eight years’ minimum wages. Gaining legal status would require 1,000 adult members, while Christian communities which do not accept the doctrine of the Trinity would be barred from registering. “These proposed Laws contain violations of all human rights.” Russian Orthodox priest Fr David Abrahamyan told Forum 18. Religious affairs official Vardan Astsatryan told Forum 18 the government backs the draft Laws “in general”. He declined to explain why the government has not involved the OSCE in preparation of the draft Laws. link

Armen Ashotyan, an MP from the governing Republican party responsible for the legislation, is already no stranger to controversy with one blogger expressing alarm at his plans to build a church in close proximity to the Armenian National Assembly in order to “bring the Armenian Apostolic Church closer to the official representative body.” What makes the situation even worse is the lack of tolerance which already defines much of society.

[…] it is not religion itself–religious doctrine, beliefs, or practice–that affects political outcomes. Rather, it is how different groups in transitioning countries use religion to gain power and influence outcomes. I argue that there is nothing peculiar to Eastern Christianity that requires that it oppose democracy. Rather, it is the confluence of Eastern Christian religious organizations with nationalist sentiments and movements that has made them at different times supporters of liberalization and opponents of it. […] […]

Stiopa Safarian, policy analyst at the Armenian Center for National and International Studies (ACNIS) described the religious situation in Armenia as part of a bigger problem of not recognizing the rights of minorities in the country. But this attitude does not characterize the Armenians alone. A comparative study of public opinion polls taken in Baku, Tbilisi and Yerevan in 2004 found that people in the Caucasus are intolerant of other ethnic groups and have a limited understanding of the role of democracy in resolving conflicts.

Some claimed that the typical Armenian understands human rights to contain western, anti-national, and anti-traditional ideas such as the protection of the rights of homosexuals and other ideas that serve to erode Armenian culture. […]Â link 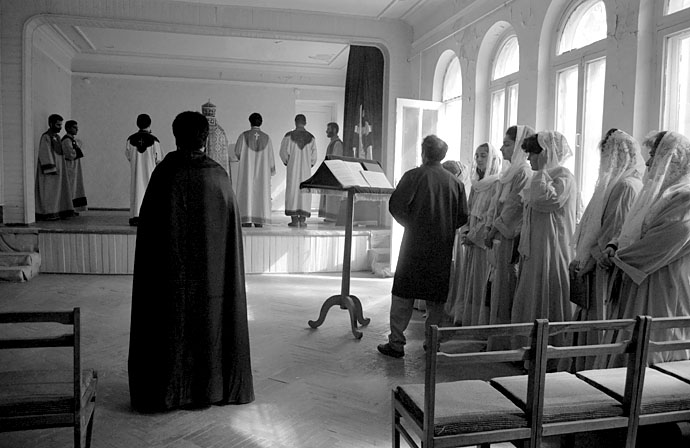 Â
Meanwhile, in the disputed territory of Nagorno Karabakh a similarly restrictive law on religion was rushed through while civil society activists were preparing for the New Year and Christmas holidays. The legislation again effectively gives a monopoly to the Armenian Apostolic Church and raises questions regarding the ownership of monuments and mosques which used to belong to the territory’s Azerbaijani minority until they were forced out during the war in the early 1990s.

The President of the internationally unrecognised entity of Nagorno-Karabakh, Bako Sahakyan, has signed a repressive new Religion Law, Forum 18 News Service has learnt. It comes into force ten days after its official publication, which is expected to be after the current Christmas holidays. No officials were available to discuss the new Law, because of public holidays for Christmas which the Armenian Apostolic Church celebrates on 6 January 2009. The main restrictions in the new Law are: an apparent ban on unregistered religious activity; highly restrictive requirements to gain legal recognition; state censorship of religious literature; an undefined “monopoly” given to the Armenian Apostolic Church over preaching and spreading its faith while restricting other faiths to similarly undefined “rallying their own faithful”. Many articles of the Law are formulated in a way that lacks clarity, making the intended implementation of the Law uncertain. The Law also does not resolve the issue of conscientious objection to military service. link

At time of writing, civil society groups as well as the local media in Armenia and Nagorno Karabakh remain silent on the new laws. It is also uncertain whether the Council of Europe will comment on what appears to be legislation which backtracks on already implemented reforms in Armenia which allowed religious freedom and promoted tolerance in society.