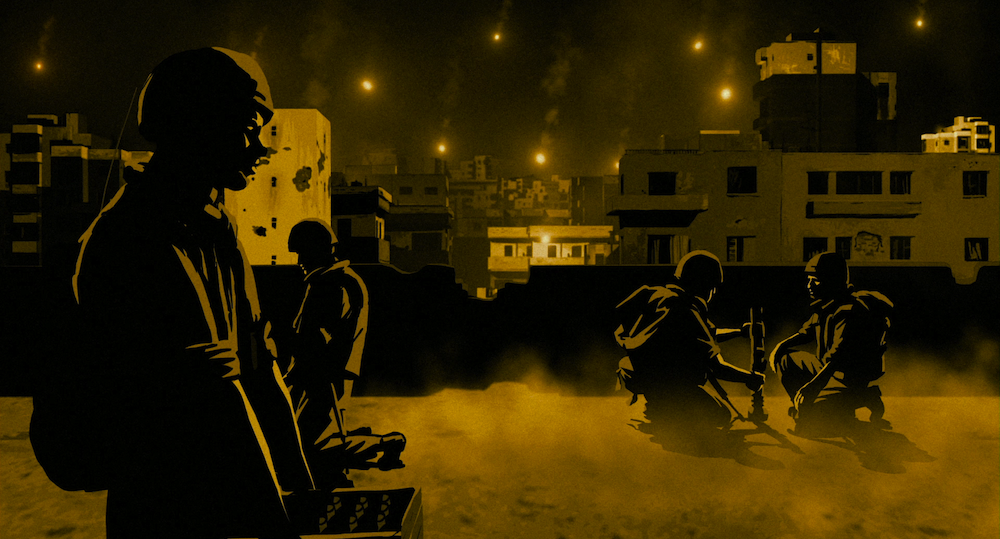 Join us for a screening and discussion exploring the use of animation techniques within documentary filmmaking.

Digital and hand-drawn animation techniques are increasingly seen in short and feature-length documentaries, interweaving with traditional filming methods and sometimes carrying a whole story from start to finish.

Given that animation has the freedom to represent, stylise, and re-imagine the world, this form lends itself well to documentary stories capturing human experience and a multiplicity of narratives and perspectives.

We will be joined by a panel of seasoned documentary filmmakers and groundbreaking animators who will present a behind-the-scenes look at the artistic techniques applied to recent projects, as well as the broader motivations and challenges to representing reality in animated form.

Speakers to be announced soon.

Bella Honess Roe (moderator) teaches Film Studies at the University of Surrey. She has published extensively on areas in animation, documentary and British cinema and her book Animated Documentary was published in 2013. Prior to entering academia, Bella worked in feature film script development in London and Los Angeles.

Dee Hibbert-Jones is an Academy Award nominated filmmaker and fine artist. She works collaboratively with Nomi Talisman on film, new media and fine art projects that address critical social issues, politics and personal testimony. Hibbert-Jones was awarded the Filmmaker Award with Talisman from the Center for Documentary Studies at Duke (2015) and the Gideon award for support to indigent minorities (2016) by the California Public Defenders Association. Hibbert-Jones and Talisman’s most recent animated documentary film Last Day of Freedom won Best Short Documentary at the International Documentary (IDA) Awards 2015, won an Emmy for Northern California, and was nominated for an 88th Academy Award for Best Documentary Short Subject. Hibbert-Jones is an Associate Professor of Art and Digital Art New Media at the University of California, Santa Cruz, USA founder and Co-director of SPARC a research centre for social and environmental justice.

Marie-Margaux Tsakiri-Scanatovits set up the multi-award winning animation studio The Moth Collective along with Daniel Chester and Dave Prosser. After meeting at the Royal College of Art, they formed in 2010 to share a collective passion for all things drawn. The Moth Collective has received acclaim for their imaginative and thought provoking hand-drawn work. They have since worked on a myriad of different projects, covering documentary feature films, commercials, short films, illustrated books and music videos for clients such as The New York Times, The Guardian, WWF, and Headspace.

Katerina Athanasopoulou is a Greek artist living in London who creates animated films for cinema and gallery space. She studied Fine Art at Aristotle University in Greece and graduated with an MA Animation from the RCA in 2002. Her award-winning films have been shown internationally at film festivals and galleries, including Clermont-Ferrand International Short Film Festival, Thessaloniki Biennale 5, Holland Animation Film Festival, European Media Art Festival, and The Museum of Contemporary Art, Zagreb. Works include: Branches of Life (2016), commissioned by Cast Iron Radio and Recording for the Body Of Songs project, supported by Wellcome Trust and Arts Council England; Rupture (2015), commissioned by the Bill & Melinda Gates Foundation for The Art of Saving a Life; The Violet Hour (2014), commissioned by the London College of Fashion for a brief set by the Venice Architecture Biennale, within the 2014 Now project; Apodemy (2012), a short film on Emigration and the Economic Crisis, commissioned by the Onassis Foundation, and many more.