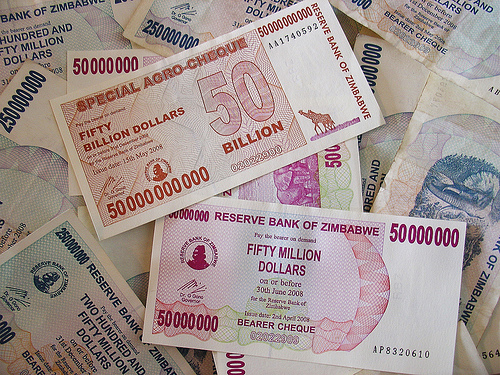 Writing in The Indypendent Alaina Varvaloucas and Jerry Guo describe the day to day work of journalists in the Zimbabwean capital Harare.

Magwenya himself secretly works as a stringer for CNN and has approximately 20 colleagues in Harare who do the same work for other major Western media outlets. Not only is he free to express himself in his dispatches however he likes, but he also gets paid by wire transfer in U.S. dollars, vital to purchasing groceries and other goods as the Zimbabwean dollar has become worthless.

But reporting for foreign news services is far from the ideal job. For a journalist in the land of chaos, the fear of being arrested is all too real, and the possibility of an arbitrary jail sentence — or even torture — is terrifying. Though most are accredited and are doing nothing illegal, independent journalists have been known to wind up injured, missing or dead. link

For my money, this is still the best post I have read about life in Zimbabwe and it comes from our very own anonymous Frontline blogger based in the country.