Reporting Somalia: Expanding the scope of the media’s eye? 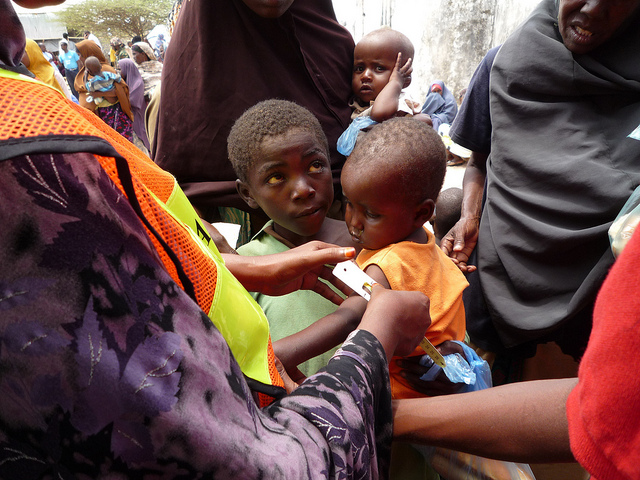 When you think of Somalia, what comes to mind?

Somalia is still a dangerous place for journalists to operate: according to the Committee to Protect Journalists five journalists have been killed there this year.

But improvements in the security situation are offering new opportunities to access stories that may have been too risky to cover in recent years.

Yesterday, I headed along to a seminar at the Dart Center to discuss how Somalia is represented in the media. The informal meeting allowed journalists and other interested observers to share their experiences and grapple with the challenges and opportunities of reporting from the East African country.

The award winning Somali reporter Jamal Osman helped kickstart debate by highlighting a number of weaknesses with journalism from Somalia.

He suggested that a lot of local Somali journalists are young and have not always had access to education as many grew up during Somalia’s civil war after 1991.

He said they do not always "think responsibly" and are under both conscious and unconscious pressure to report stories in the interests of their clan. He believed reporters would benefit from more education in the ethics and principles of journalism.

He also noted that because "money is tight" journalists are understandably likely to value stories for their economic worth rather than their public value – a problem that is far from unique to Somalia.

Turning his attention to international media coverage, Osman argued that journalists often misunderstand the intricacies of clan loyalties, inaccurately portraying conflict in Somalia within the framework of "good vs evil".

As an example, he cited the fact that Somali officials speak to members of the insurgent Al Shabaab group because of shared family and clan ties.

Osman made a strong appeal for independent journalism and was concerned about embedding with other organisations including African Union troops as part of the mission in Somalia (AMISOM) and aid agencies.

Al Jazeera English’s Juliana Ruhfus pointed out that obtaining secure access to Somalia remains a problem for international media organisations. She argued, however, that the cultivation of good local contacts was a starting point for more "human stories", "analysis", "investigative pieces" and "meaningful long form coverage that goes beyond news".

Participants emphasised that there were plenty of fascinating stories waiting to be told outside a media narrative which emphasises poverty, conflict and piracy.

Mary Harper, BBC World Service Africa Editor and author of Getting Somalia Wrong offered some examples including the export trade in livestock and the discovery of oil reserves.

One useful suggestion which came up at the seminar was the possibility of creating some form of media monitoring of output related to Somalia after a number of journalists present had expressed their concern at coverage of the country in recent TV documentaries.