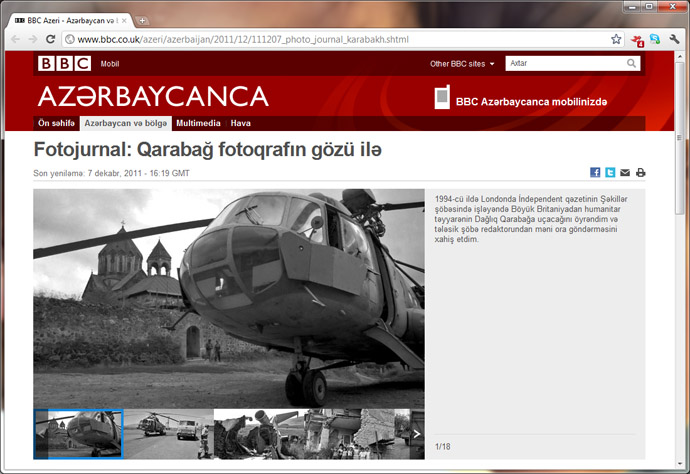 The BBC’s Azerbaijani Service has published a gallery of my photographs taken in the disputed territory of Nagorno Karabakh in 1994. Over 25,000 people were killed in the war waged in the early 1990s and a million forced to flee their homes. Since a ceasefire agreement was signed in 1994 attempts to mediate a peace deal through the OSCE Minsk Group have faltered and The Economist recently put the number of deaths on the front line since then at 3,000. Below is the English text from which the captions were taken and translated into Azerbaijani: 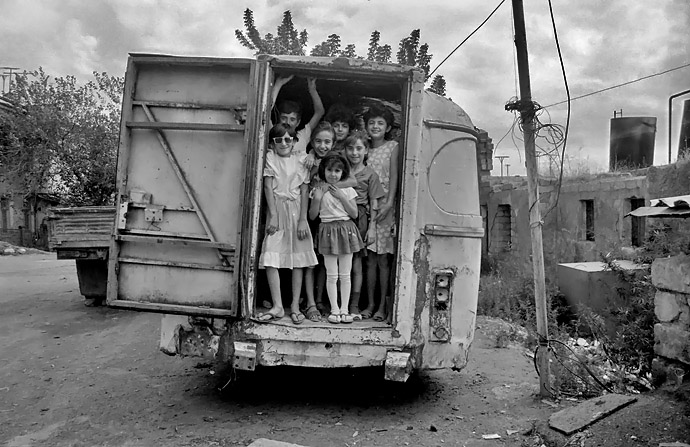 When news of a humanitarian flight leaving the UK for Nagorno Karabakh reached me while working on the Picture Desk of The Independent in London in 1994, I jumped at the chance to request that the newspaper’s Picture Editor send me with it. He agreed, and in August I made my first ever trip to Armenia and the South Caucasus. The ceasefire between Armenia and Azerbaijan had been signed just months earlier and some analysts and international observers were warning that a new offensive might start within days or weeks, breaking the fragile armistice.

It didn’t, but the journey from Armenia to Karabakh was still perilous at times with the military helicopter carrying journalists and aid workers seemingly destined to smash into the side of a mountain at one point when it had no choice but to hug the terrain after a radio message warned of Azerbaijani jets in the vicinity. Yet, it wasn’t so much the military situation that interested me, but the people. More significantly, perhaps, it was the people on both sides whose hopes for a lasting peace have been continually dashed by nearly 18 years of political manipulation and intrigue.

Back then, the military buffer zone was called just that. There was no reference to the territories as ‘liberated’ by the Armenian side, even in interviews we held with the then Armenian Defense Minister, the late Vazgen Sargsyan who was assassinated in 1999. Then, just as they remain on the official level today, they were seen simply as a bargaining chip in ongoing negotiations to determine the final status of the disputed territory. Back then, there was actually hope that a negotiated settlement could be reached, ushering in a new period of peace and stability for Armenians and Azerbaijanis in the South Caucasus.

Yet, accompanied as we were for some of the trip by the Armenian writer Zori Balayan, one of the main nationalist agitators in Armenia and Karabakh, another line was also spun: that of Armenians and Azerbaijanis being destined to remain enemies without any common ground. However, when two journalists from Time magazine and I heard that Azerbaijani Prisoners of War (PoWs) were being held on the floor of a hospital in the Karabakh capital we successfully managed to escape the organized press tour and stumbled upon something remarkable.

In addition to the PoWs, who like many of their Armenian counterparts had been conscripted against their will, Azerbaijani civilians were also being held for exchange with Armenians taken hostage by the other side. Among them were children. Many, in fact, or at least until we discovered that not all of them were Azerbaijanis. They also included Armenians who had been allowed to play with the captives in an otherwise free environment. Until this day I remember being unable to tell them apart, and usually when I find myself observing the interaction between Armenians and Azerbaijanis at events held in Georgia and elsewhere.

And it’s true. Ethnic Armenians and Azeris are able to coexist together in countries outside the conflict zone, and they share much in common. While in Nagorno Karabakh in 1994 I photographed an Armenian wedding, for example, but the most recent marriage I shot was in 2009 in the ethnic Azeri village of Karajala in Georgia. Both, as well as every Armenian wedding in between, has been pretty much identical – from the food down to the music. I’ve also been working on documenting those villages in Georgia with a mixed ethnic Armenian and Azeri population and where both speak the other’s language.

That’s not to ignore the pain and suffering experienced by both sides in the conflict, but simply to say that in the years since the 1994 ceasefire it’s become more and more difficult for me to view the conflict as an ethnic one. Instead, and while nationalists and politicians on both sides appear to manipulate the conflict by insisting that it is, my main problem still remains being unable to tell most Armenians and Azerbaijanis apart. This is especially true for the children, which leads me on to my personal favorite photograph taken in Karabakh in 1994.

It was of a little girl, Gayaneh, close to Aghdam in the village of Khrmort. Aged well beyond her years with an expression scarred by the horrors of war, she broke into a smile only when I stuck my tongue out her from behind the camera. As she did so it was then that I found myself hoping that a lasting peace would come to the region. Unfortunately for Gayaneh and myself, as well as new generations in Armenia and Azerbaijan who are unable to remember the time when both sides did live peacefully together, we’re both still waiting…

Onnik Krikorian is a journalist and photographer from the UK based in Yerevan, Armenia. He is also the Caucasus editor for Global Voices Online and his own personal project amplifying alternative narratives on the Nagorno Karabakh conflict is at http://peace.oneworld.am. Follow the project on Twitter at @caucasusproject or join the Facebook Page at http://www.facebook.com/ConflictVoices. 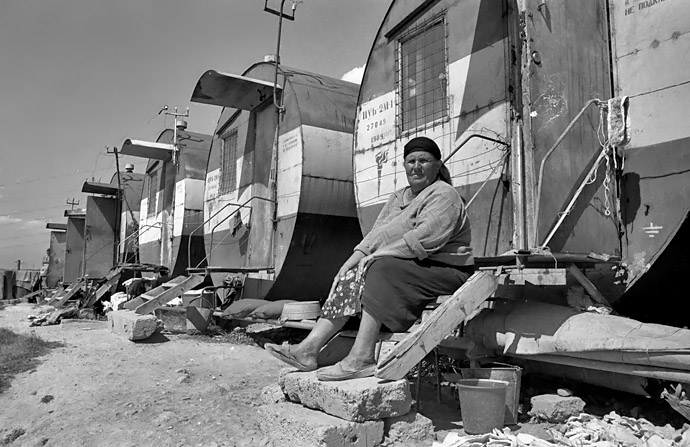