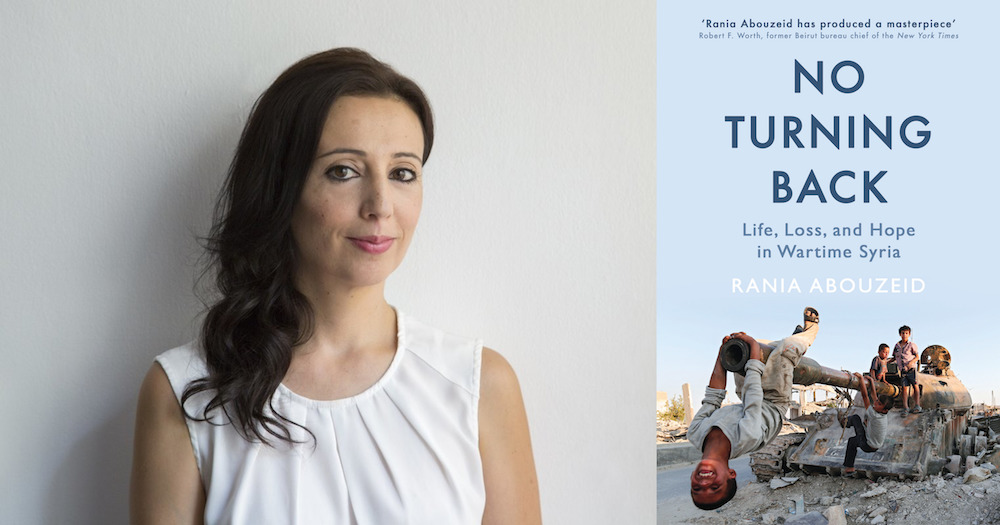 Rania Abouzeid will be discussing her new book No Turning Back: Life, Loss and Hope in wartime Syria with journalist Lyse Doucet.

Rania’s new book is published to mark the anniversary of the outbreak of  protests in Syria. Cinematically crafted, it weaves a tapestry of rebels and exiles, radical Islamists and their victims amid the deadliest conflict of the century thus far.

Extending back to the first protests in Damascus in 2011, and based on more than five years of clandestine reporting on the frontlines of the war, No Turning Back presents an unforgettable portrait of a shattered country that “has ceased to exist as a unified state except in memories and on maps.”

Rania Abouzeid is a journalist with well over fifteen years experience in the Middle East and South Asia. A print and television journalist, fluent in Arabic, she has won numerous international journalism awards including the 2014 Frontline Club Print Awards and the George Polk Award for Foreign Reporting. Rania regularly writes for the New Yorker and National Geographic and she has been published in The Guardian, The Los Angeles Times, The Australian, CSM, and a host of other outlets.

Lyse Doucet is an award winning Chief International Correspondent and Senior Presenter for BBC World News television and BBC World Service Radio. She is regularly deployed to anchor special news coverage from the field and interview world leaders. Lyse also reports across the BBC including for BBC Newsnight. She played a key role in the BBC’s coverage of the “Arab Spring” across the Middle East and North Africa and has covered all the major stories in the region for the past 20 years.