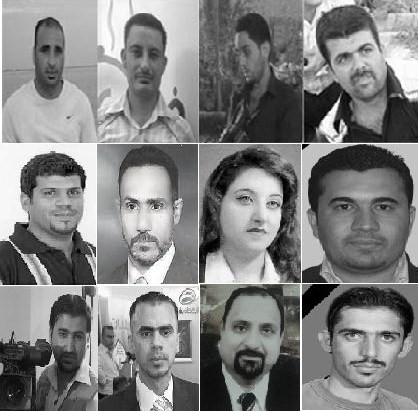 Jasim al-Kinani, a radio reporter with Al-Ahd network, was detained in Iraq on Wednesday following an explosion in the southern city of al-Bathaa in Dhi Qar province. The reporter is still being held by local security forces. The Journalistic Freedoms Observatory put out a statement in Arabic,

Kinani detained today by security forces in Dhi Qar and is now being detained in a police station in the town. According to an administration of the radio.

Kassem told the director Nomaan relations in the radio, Journalistic Freedoms Observatory, said Jasim Kinani Mrazlem in Nasiriyah, was left Wednesday morning to spend the Batha to cover the incident a suicide bombing when intercepted by police and placed him in jail without giving the reasons. link and in Arabic via Iraqslogger

Meanwhile, Dhi Qar’s governor has dismissed the al-Bathaa police chief and formated an operation room under his supervision following the attack. The JFO say that there have been 256 violations and threats to journalists and media staff in the past year including the killing of the 12 journalists and media assistants pictured above.