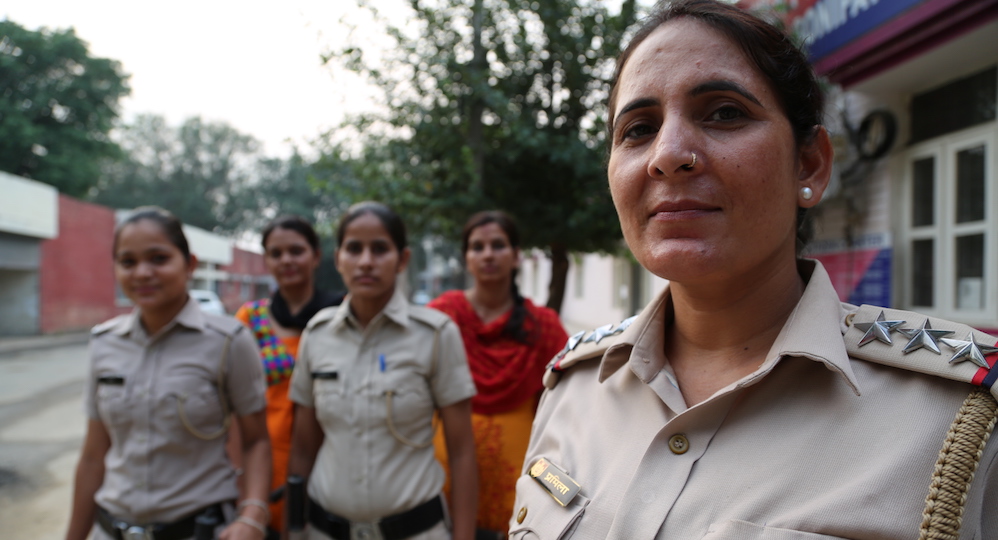 This screening will be followed by a Q&A with director Ruhi Hamid and executive producer Christopher Mitchell.

For the first time, cameras go inside a police station run by and for women, revealing a unique perspective on what’s really going on in Indian society. Following the Delhi rape case in December 2012, hundreds of these police stations were set up across India. Parmila Dalal is second-in-command at the Women Police Station in Sonipat, in the northern state of Haryana.

This surprising documentary follows Parmila and her special team of scooter-mounted female officers who are focused on preventing the harassment of women. However, much of Parmila’s time is also spent mediating in family disputes, acting as a social worker. The family arguments Parmila is tasked with diffusing illuminate many of the fault lines running through Indian society.

Glimpses into Parmila’s family life capture uninhibited encounters with family members at war over such contentious matters as caste, dowry payment and relations with unpleasant in-laws. These scenes of family discord reveal how women’s lives are changing in India today, and how they often struggle to reconcile the conflicting demands made upon them.