Something I Should Have Read a Long Time Ago 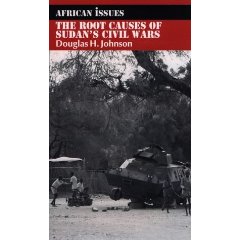 I bought The Root Causes of Sudan’s Civil Wars more than four years ago when I was newly arrived in East Africa. I skimmed through it before a trip I did to Rumbek, but its dense text put me off using it as anything other than a reference book. It was kept on the shelf and consulted once in a while. But in recent weeks I’ve been reading it much more closely as I try to put together my own analysis of the mess in Darfur. Here are some pearls that I particularly liked (most refer to the North-South civil war)…

The growing influence of humanitarian pressure groups has also had an impact on the way the war is reported and understood… Imbued as they must be with a commitment to an ideal of justice which is both abstract and absolute, many also seem in search of the ideal liberation group, and it is against this expectation that Sudanese movements are judged

A tribe is the largest unit of poltical combination of smaller, affiliated, sections. The organizing principles of a tribe vary from people to people, and even within peoples; combinations vary over time; and the people within a tribe do not necessarily claim direct common descent or kinship links with each other

Have spent a lot of time discussing "best books on Sudan" recently with friends and colleagues. Few can better Douglas H Johnson’s analysis. I could have saved myself a lot of heartache by absorbing these nuggets when I first bought the book, particularly the role of pressure groups in framing the narrative and the shifting, non-ethnic nature of tribe. In fact I should have just read the preface. There’s more food for thought here than many other books on the subject.