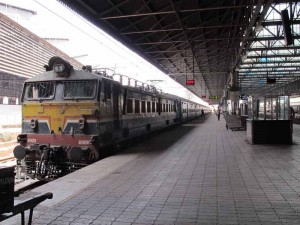 However, stagnation is not the preserve of big-ticket items, as the building of Mumbai’s new international terminal proves. The absence of bins means that those who wish to dispose of their rubbish responsibly are frustrated at every turn. Coupled with its lack of public toilets, you have a city that ought to be jostling for position with its cousins in China and Malaysia brought low by the most basic of municipal needs, betraying India’s once-vaunted membership of the BRIC group of nations.

Nationally, the Reserve Bank of India introduced an interest rate cut last month in the hope of arresting economic decline. Ominously, on 7 February India’s growth forecast was revised down for the second time in two weeks.

Against this background the beginnings of election fever are perceptibly taking hold. Indian media has been tying itself in knots with the ‘Will he, won’t he?’ question of Gujarat’s First Minister Narendra Modi’s expected tilt at the premiership as the BJP candidate. Meanwhile Rahul Gandhi – scion of the India’s most famous political family – was newly elevated in late January to become Congress party’s vice president, second only to his mother Sonia Gandhi, as the party readies its man.

But while Rahul Gandhi steels himself for the limelight, in Mumbai others in his party present an altogether less appealing face to the electorate. In the last fortnight there was an uncomfortable confrontation between Congress MP Nilesh Rane, son of industries minister Narayan Rane, and a female traffic warden. Anita Lobo, aged 55, pulled up the younger Rane’s convoy for blocking traffic and the two exchanged words, details of which remain in dispute. What is known is that she was detained for three hours at a police station after Rane complained to her superiors. Lobo was warned not to return to the area where the argument arose – an order she has since flouted at the time of writing, according to The Times of India. This episode is a reminder to Mumbaikars, within sight of the election, that family continuity in public life is not always a good idea. Rahul Gandhi might also take note, as there would be little harm in his long-awaited elevation to the party’s high command signalling the need for discipline among Congress candidates if they are to encourage people to vote for the incumbent government.

As is sadly now known worldwide, India is currently undergoing a period of intense social soul searching as it seeks legal solutions to the issues brought to the fore by the Delhi gang rape case. Implementing new legislation is fraught with uncertainty as debate rages about how any new laws might be used by a police force renowned for its selective approach to enforcement. In Mumbai it is existing laws that are under scrutiny, as the country’s clash between old and new is represented by rich urbanites seeking the same vices as their peers in the Western world.

Barack Obama’s re-election for a second term as US President last year also heralded the relaxation of marijuana laws in California and Washington states. But in Mumbai, where tourists are openly offered hashish at many a corner in Colaba, your correspondent has had to explain to inquisitive police that a rolled-up cigarette does not a joint make. This otherwise unsurprising interaction is turned on its head by goings on at the Kumbh Mela festival taking place almost 900 miles North East of Mumbai, where attendees openly smoke the chillum, a hashish mix, en masse as part of their religious celebrations.

Indeed, some provisions in the Bombay Police Act (1951) would not seem out of place in George Orwell’s 1984. For example, dancing: ‘. . . prior scrutiny of such performances and of the scripts in respect thereof, by the Board approved by the State Government for the purpose . . .’

Venues flouting this rule are still subject to raids by police, who in some cases, as highlighted in Channel 4’s Unreported World in November last year, sought to bring a moral dimension to the supposed crime. Police arrested women present as prostitutes while tipping off the local press, bringing shame upon the individuals and their families.

Nisha Harale Bedi, a former Miss Mumbai now a legislative campaigner for greater personal freedoms across the city, is working tirelessly to encourage authorities to recognise the inherent inequality of local laws, some of which date back to the British Raj.

Nisha said: “This is the country of the Kama Sutra – how can it be that some people’s attitudes are so ancient?”

Bedi is a firm believer not only in sex education, but also informing youths about drugs, ‘to teach them right from wrong’. She added: “We have to remove politics from these (issues) if we want to progress and we cannot let young people’s social education be dominated by Bollywood and MTV alone. If we do, then where will be?” 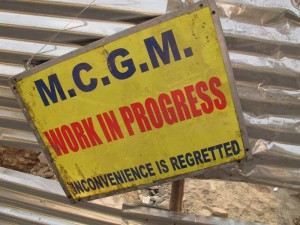 In Mumbai it is important to note that progress is being made. The city’s Police Commissioner, Dr Satyapal Singh, shared a platform on 29 January with Nisha Harale Bedi as part of a panel discussing women’s safety and technology at Mumbai’s World Trade Centre. While he would not be drawn on changes to police training, or his recently reported controversial views on sex education as reported by The Indian Express, he displayed a willingness to work with others. Dr Singh said: “How can the police tackle serious crime when their families protect them? Parents are the best police. If you want to improve society then we must work together.”

That many people spoke in support of the traffic warden involved in the angry exchange with a minister’s son and Congress MP Nilesh Rane demonstrates that ordinary citizens will no longer be cowed by so-called untouchables of the political elite. And millions in Mumbai will have their travelling times drastically diminished with the expected opening of the Metro system later this year.

Only time will tell however if the proposed legislative, social and economic changes at national level can expect the same level of progress, as India seeks to reclaim its economic prowess while soothing international concerns about its treatment of women.