Pool began the Q&A by describing the film – initially conceived as part of The Sochi Project – as his most difficult project to date. He talked of run-ins with the FSB and interviewees who would refuse further participation after being threatened.

In response to a question about managing the risk to people who spoke on film, Pool said:

“When we were filming, they only told us stories they really wanted to tell us. There was no pressure from us to tell really bad stories.”

However, he was only able to find one human rights defender in Sochi willing to speak to the filmmakers:

“It was very difficult. . . . They are very scared to talk about those things. He was the only one.” 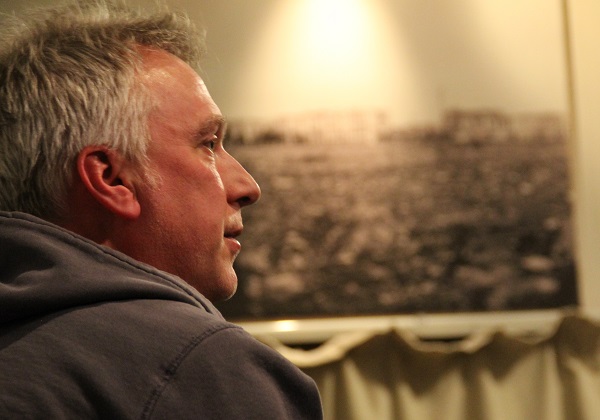 Asked by audience members about navigation of visa restrictions and the more opaque elements of the Russian authorities, Pool described the situation as, “always a kind of cat and mouse”.

A crew member in attendance told a tale of sabotage:

“There were a few cars chasing us all the time. I’m Russian actually, so I was kind of embarrassed because of that, so I went up to them and said, ‘What are you doing? You’re embarrassing me and all the Russians, and we know you’re following us.’ They just acted like nothing was going on.

“We were actually laughing about it all the time,” she continued, “and going to this one restaurant every evening. But when we got back we figured out that actually every night we were sitting in the restaurant they were entering our hotel rooms. They managed to destroy all the [memory] discs we were using to film. We just figured it out when we got back to Moscow and when we sent the discs back to the Netherlands they couldn’t open them. When the Sony company, in the end, opened them they saw they were scratched. . . . Well we flew back and filmed everything again in one day, . . . but that was really frightening.” 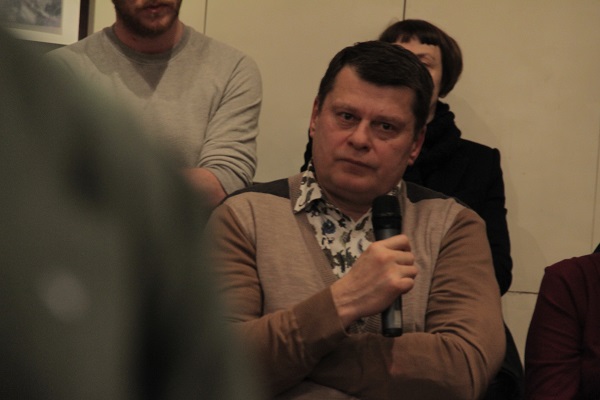 When asked whether members of the International Olympic Committee had seen the film, Pool said he did not know, however: “For me it’s a big question why they organise those Olympic games in countries like Russia or in Beijing. I really don’t understand. It has to do with a lot of money. You know there’s a lot of corruption.”

“What do you think about boycotting the games?” posed another member of the audience.

“Boycotting the games, I don’t know,” responded Pool. “You have to protest. If you’re going there as a supporter or as a politician you have to discuss these things. I think that’s very, very important. . . . I think it’s very important not to shut your mouth, but to discuss it and to get it in the open. It’s terrible for those workers, because they’re paying for the Olympic games, actually. . . . It’s really a shame out there.” 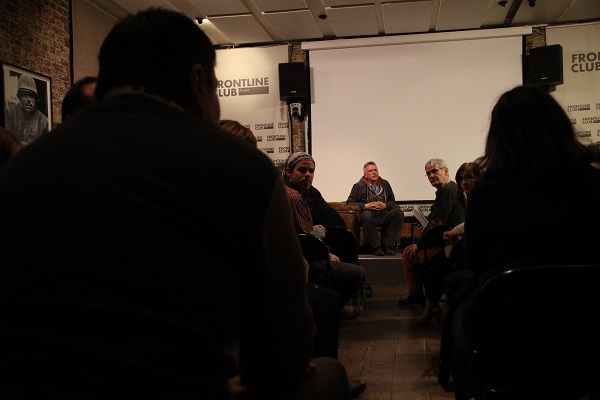 Putin’s Olympic Dream will be screened at the Lexi Cinema in London on 13 February. It will also be screened in Bratislava, Slovakia, on 10 February through the Frontline Club’s International Partners project.