Montt’s Day In Court: Screening of Granito: How to Nail a Dictator 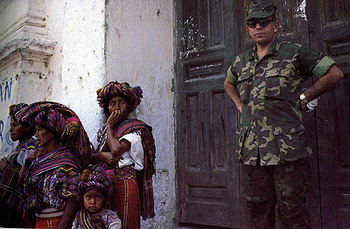 “Because if I can not control the army, then what am I doing here?”- General Efraín Ríos Montt, 1982
This excerpt from Pamela Yates’ latest work was used as evidence in a Spanish court of law against a military man wanted for genocide.
Twenty-nine years after death squads murdered tens of thousands of indigenous farmers in the mountains of Guatemala, the new film Granito: How to Nail a Dictator (2011) is an indictment of General Efraín Ríos Montt and his junta as Spanish prosecutors apparent to label their activities  29 years ago as genocide. Granito, or grain in English, metaphorically refers to the power of individuals working together achieve great things. In this case, it’s social justice in both international jurisprudence and the court of public opinion.
Yates, a documentary filmmaker and co-founder of Skylight Pictures, directed the film, which expands upon the issues addressed in When The Mountains Tremble (1982) a documentary on the suffering of the Maya in early 80’s Guatemala. 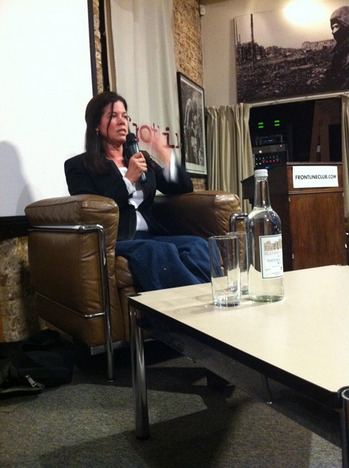 Now, in 201l,  evidence is being brought forth in an attempt to bring Montt to justice in Madrid. With a background that is internationally set, the film documents the case building against Montt in the Spanish National Court (SNC). With the word having been spread since the release of her earlier film, friends of  Yates, armed with their evidence, have joined in the effort to bring Montt and the junta to justice.
After the screening Yates took questions that spanned from the US sponsored ousting of President Arbenz and landownership rights to current attempts at reclaiming indigenous land from multinational corporations that use the State as a tool of repression.
Granito ranks high in terms of style and cinematic craftsmanship. It is a very important and informative work, one that leaves the viewer with a sense of empowerment to take on great challenges and confront serious wrongdoing head on, independently, if necessary. The inclusion of her interview outtakes with Montt solidifies this fact, as it produced a priceless piece of footage and important piece of evidence in his prosecution.
With multiple locales, beautiful shots of Guatemala, the Mayan way of life and cinematographic cleverness in angles and edits, the film stays interesting and fluid.  Transitions between the past and present assert Yates and her associates’ passion and dedication to documentary filmmaking throughout the years.
The work that Yates produced describes how journalism really can make a difference. Without the tireless approach she took in keeping the discourse on the Guatemalan genocide alive in Granito, we would probably remain ignorant about an important moment in history.