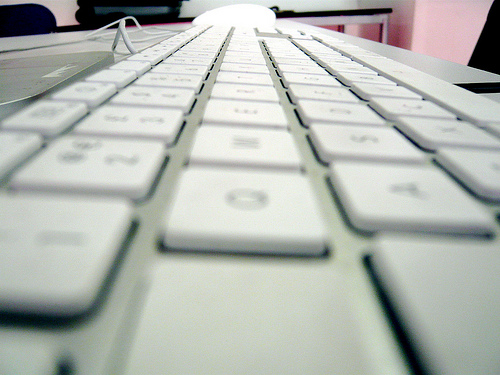 The Ministry of Defence has issued a new set of social media guidelines "encouraging" their personnel to "talk about what they do, but within certain limits to protect security, reputation and privacy".

In a notable development the policy allows soldiers to dicuss "their work online without prior authorisation from their chain of command" as long as they remain within MoD guidance.

Previous directives, (which I’ve discussed on this blog before), had made it rather difficult for serving soldiers to feel comfortable about communicating in public as everything had to be cleared by a commanding officer.

The MoD appears to be recognising that social media might be a useful tool to "do business, engage with the public and keep in touch with family and friends".

But there are significant limitations. In the online engagement guidelines, we find that soldiers do not need to seek clearance if they are talking about "factual, unclassified, uncontroversial and non-operational matters".

They should seek clearance if they: talk about operations or deployments; offer opinions on wider defence activity; attempt to speak on behalf of their service or the MoD; or discuss controversial, sensitive or political matters.

In short, that doesn’t leave soldiers and MoD personnel a great deal to talk about if they don’t first seek clearance. I’m not sure just how "encouraged" I would be to engage online if I were a serving soldier given those caveats.

The guidance might be more useful to commanders and line managers who are urged to establish an official social media presence for their unit to communicate their work. Presumably we can expect more projects like the Twitter feed of 20th Armoured Brigade, the last to serve in Iraq.

The MoD has invited feedback on the guidelines and this new approach represents a very cautious step towards greater openness and public engagement.

Although there is movement within the MoD towards embracing the use of social media, more conservative elements either lack understanding, or remain highly concerned about both perceived and very real risks.

As Frontline reported yesterday, the MoD’s new guidance comes at a time when their American counterparts are reviewing the use of social media on military networks.