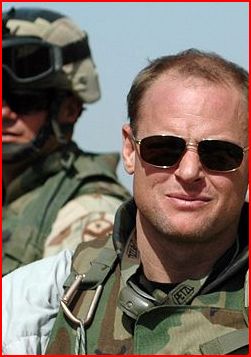 Yesterday, I suggested there might be an unlikely rapprochement between Michael Yon and the British Ministry of Defence after the row over the end of the journalist’s embed with the British Army in Afghanistan.

And that’s clearly what Nick Gurr, the MoD’s Director of Media and Communications, is trying to achieve with this post.

Written in response to Yon’s attack on British Media Operations, Gurr invites Yon "for a chat about how we go forward from here".

He apologises to the independent journalist for any part the MoD played in a "’Texas-sized’ misunderstanding", which was "made worse by various other factors". Unsurprisingly we get no further detail on the "various other factors".
Later on, Gurr admits that "something appears to have gone seriously wrong in this case" before explaining that:

"…everyone in theatre is working under huge pressure which will sometimes generate friction and, as I said, I am sorry if Michael felt he was not being treated as he should be."

In between times, Gurr reiterates the line that has been held all the way through – that Yon’s embed with 2 Rifles was ended in August to allow Media Operations staff to focus on other incoming journalists. All Gurr adds is more detail on exactly which media organisations were due to embed with Task Force Helmand.

Despite Gurr’s conciliatory tone, it doesn’t look as if Yon will be taking him up on anything more than a chat in the near future. In an email, Michael Yon said he felt he could "not trust" Media Operations "to be truthful or to operate above the table":

"They are playing politics/spin and I am not playing at all. I don’t write about sports but about brutality and war. They seem to pretend this is all some kind of spin game but it’s no game and the real-life outcome of their actions will be felt in the media, which will affect real world operations."

In an echo of his recent blog post, Yon concludes that although some staff are "quite professional and competent", more generally, under the leadership of Bob Ainsworth, "Media Ops are failing at their mission".