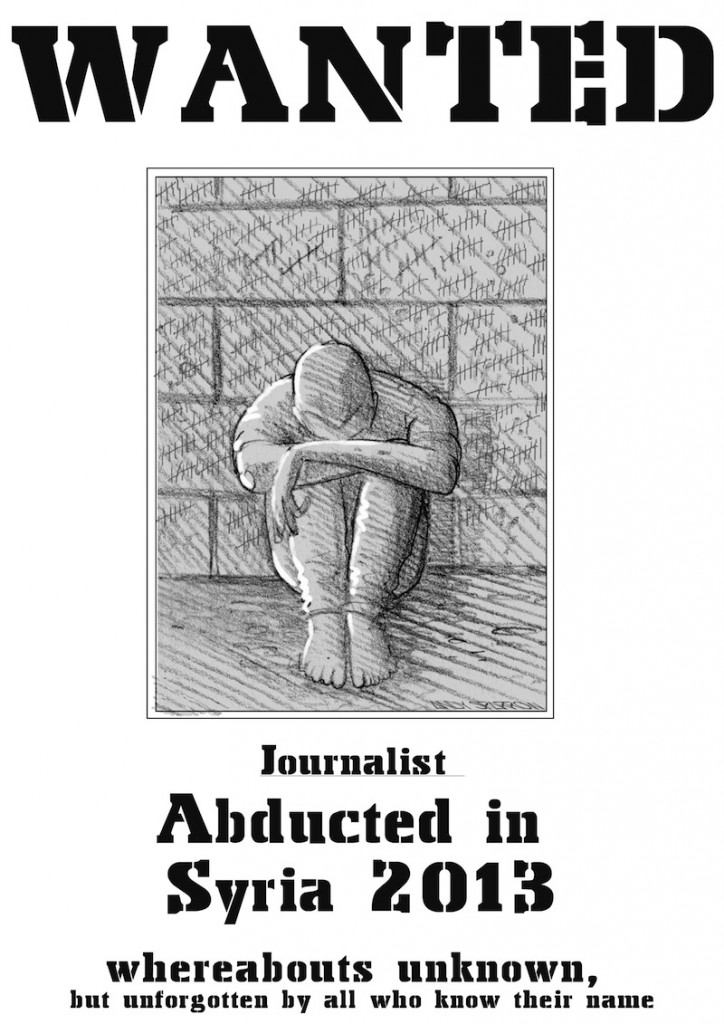 Foreign reporters began to go missing in Syria in the autumn of 2012. The first disappeared just as the conflict slid from violent unrest into the abyss of outright civil war. Within a year the numbers were in double figures. By the close of 2013 rebel held zones were effectively barren of journalists.

What happened to our missing reporters? Who holds them and what can we do to help secure their release? Roving foreign correspondent for The Times Anthony Loyd will be chairing a panel of specialists with first hand knowledge of the hostage crisis in Syria to examine how best we can aid the vanished.

John Wade is the deputy director of the Response Division at Control Risks.

Paul Wood is a correspondent at the BBC who has covered Syria extensively.

Michael Hoare is deputy head of press and digital at the Foreign and Commonwealth Office.

Karen Lajon is senior correspondent for Le Journal du Dimanche and co-chair of the support committee for French Hostages in Syria.