Addario touched on the many different ethical issues that she faced as a war photographer on a day to day basis. Notably, the need to weigh up the importance of the story against the need to preserve the respect and privacy of the subjects of her photographs.

Sometimes, she said, the challenge was not whether a story was too sensitive to be told, but how to do justice to its magnitude. In Iraq, Addario came across mass graves. “I had never seen anything like this… people were looking for relatives literally in plastic bags and trying to identify them through bones and pieces of anything that remained of their clothing,” she said.

“The first time I walked up to that [mass grave] I sort of just stood, and I couldn’t even photograph for like 45 minutes. I just looked around and didn’t take any pictures because I couldn’t figure out how to do it.” 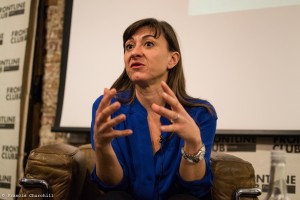 Addario also spoke about embedding with a US military medevac team. In this case, the importance of the work had to be measured against preserving the dignity of the injured soldiers she was photographing. “You want to be sensitive, not only to the medics, but to whoever you’re photographing,” she said.

In particular, Addario talked about photographing the last moments of a mortally wounded US soldier. “I was at the foot of the bed and I was shooting. And it was so silent in the room that with every single shutter… I felt completely invasive.”

However, Addario discovered that many of the troops consented to her being there. When one soldier asked her to stop, his colleagues stepped in and asked that she continue shooting. “Three other soldiers stood up and said, ‘No, let her photograph. She needs to be here; this has to be documented,’” Addario told the audience.

Censorship was also discussed as an issue which has featured throughout Addario‘s prolific career. “There are no rules against photographing dead Afghans or Iraqis or Sudanese, but we are not allowed to photograph our own dead, and I have a real issues with that,” she said.

“It’s a way for the government to protect or to stop Americans from… being so anti-war.”

Addario also touched on the censorship imposed by her former editors. “In late February I got an email from my editor, the photo editor [of Life Magazine], and she said ‘I hate to write you this email, but we will never run your pictures from Iraq because my editor think’s they’re too strong for the American public to see.’”

The photographs in question were eventually published by the New York Times Magazine, a publication with which Addario has developed a trusting and fruitful partnership. “Freelancers who cover war… have to be very aware of who they’re working for, and will that publication step up if something does happen,” she said. 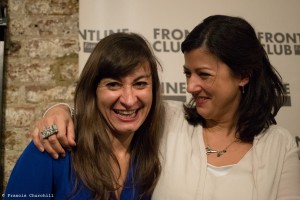 Addario discussed the benefits and setbacks of working as a woman in Muslim countries. In Iraq and Afghanistan she could access and photograph women, something which her male colleagues could not. Her gender allowed her unique access, particularly during her initial trips to Taliban-controlled areas of Afghanistan.

“I did a lot of work in the women’s hospitals at the time because there weren’t many female journalists, and as a woman I was allowed into these female-only areas and the Taliban couldn’t come in,” she said.

“People underestimate me a lot, which is great. They just think, ‘Oh she’s a woman, she’s not going to do anything,’ which to me is such a great benefit.”

In this regard however, Addario faces many double standards. “No one ever talks about male war correspondents who go to war with an entire family at home and what happens if they get killed,” she said.

Addario spoke of her reluctance to be defined solely by her motherhood. “So few people are honest about it, and that frustrates me because you open yourself up to a lot of criticism when you talk about the ambivalence of motherhood, or that it’s not all the most glorious thing on the planet.”

Becoming a mother has had an impact on the risks Addario now takes. “I’m not running into combat the way I used to… I’m trying to navigate it in a safer way than I know how, but I’m not stopping being a photographer.”

An audience member asked whether there is still a conflict or country in which Addario is keen to work. “I started working in South Sudan quite a bit,” she said, “and I always want to go back there, I feel like there’s a lot to cover… I think I generally do manage to get to where I want to be though.” 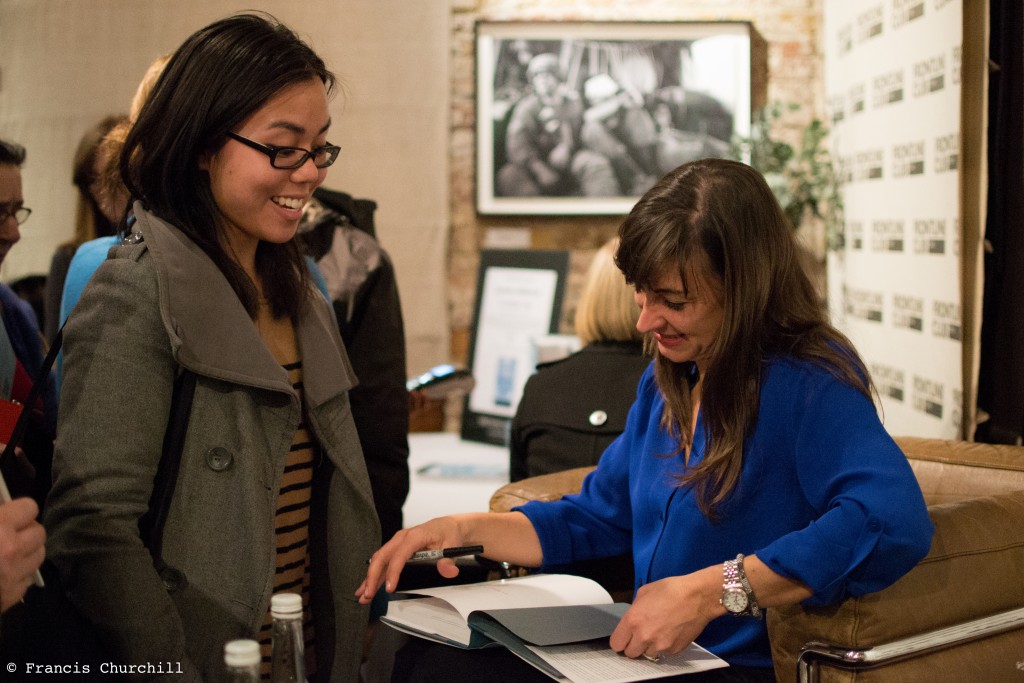 For more information on It’s What I Do: A Photographer’s Life of Love and War, click here.