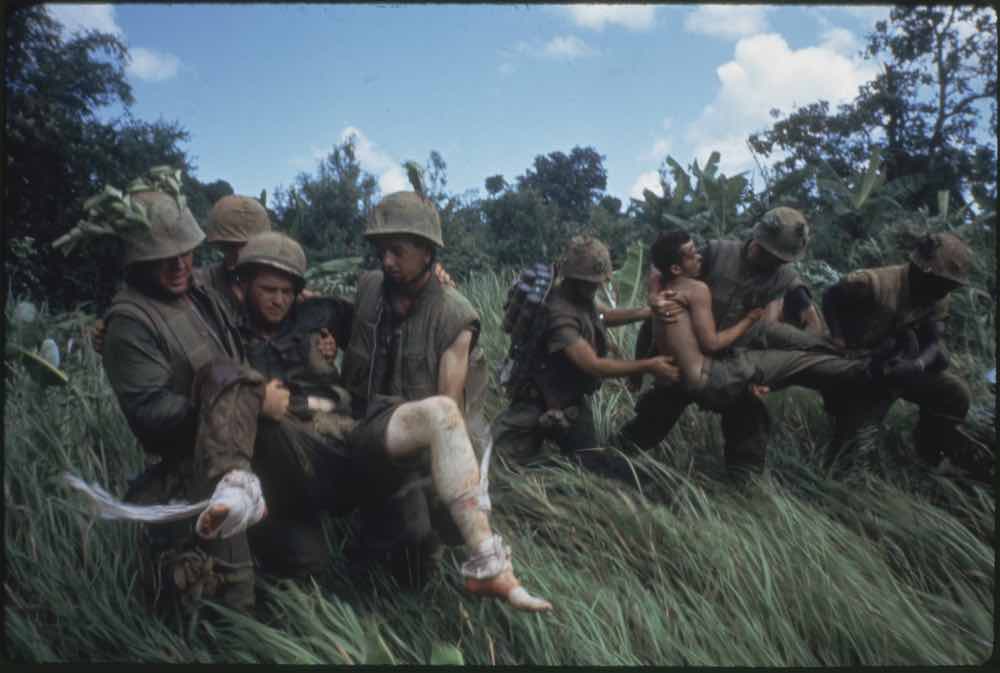 Award-winning film maker Lynn Novick will be coming to the Frontline Club to discuss the critically acclaimed film The Vietnam War – Ken Burns & Lynn Novick. She will be showing clips from the series and discussing various aspects of the film. Lynn will be joined by war veteran and journalist John Laurence. Lynn and her team interviewed over 100 people from all sides of the Vietnam War and the series took 10 years in the making. Burns and Novick tell the story of the war including testimony of Americans who fought and others who opposed it, as well as Vietnamese combatants and civilians from both the ‘winning’ and the ‘losing’ sides. Many interviewed had never spoken to family or friends about their experiences, extracting memories and moments that had been repressed for decades. The full 18 hour, 10 part series will premier in the UK from 9pm, 11 April on PBS America (Freeview 94 | Freesat 155 | Virgin 276 | Sky 534). Lynn has been working with Ken Burns since 1989 when they worked together on THE CIVIL WAR (still the most watched TV show on US public television). Since then, she’s collaborated with him on almost all of his projects, including JAZZ, THE WAR, PROHIBITION and now, of course, THE VIETNAM WAR. She’s also won herself an Emmy for BASEBALL and a Peabody Award for FRANK LLOYD WRIGHT in her own right.

John Laurence covered the Vietnam War for CBS News from 1965 to 1970 and was judged by his colleagues to be the best television reporter of the war. His documentary film, The World of Charlie Company, won every major award for broadcast journalism and also the George Polk memorial award for best reporting in any medium requiring exceptional courage and enterprise abroad. He is also the author of “The Cat from Hue: a Vietnam War Story“. It won the Overseas Press Club Cornelius Ryan Award for “best book on international affairs” in 2003.