Looking back at 2010: In the Picture photography events

This year, Frontline’s In the Picture strand has drawn in some big names in photography while giving a platform for new blood in the industry to showcase their work. Topics covered reached from sex-trafficking to disaster photography and from as far afield as Nigeria, Afghanistan and Vietnam. Below you can read about all and watch some of the photography events held at the Frontline Club in 2010. 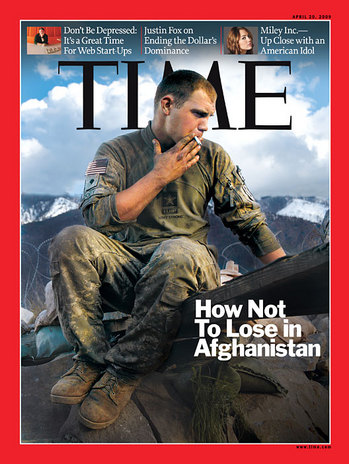 David Hoffman opened the tumultuous year that was 2010 with a talk that ran the gamut of his career covering civil disobedience and protests. The Magnum photographer and a close friend of David‘s, Chris Steele-Perkins, moderated the event.

In March, Ed Kashi spoke about his work in the Niger Delta with senior feature writer at the Observer, Sean O’Hagan. Soon after he spoke at the Club, we were thrilled to learn Ed had been welcomed into the fold at the VII photography agency.

In the midst of election fever in the UK, Guardian photographer David Levene and picture editor Roger Tooth took time out to reflect on the Haiti earthquake and David’s first foray into disaster photography. Inigo Gilmore, a video journalist working for Channel 4, was Skyped in from Port au Prince and answered questions from the audience about the situation on the ground, three months after the earthquake.

Later in the year Dana Popa spoke about her moving project entitled not Natasha about trafficked Moldovan women and the sex trade. Her work had already made a powerful picture essay for the Spring edition of the Frontline Broadsheet. Mark Sealy, the director of Autograph ABP who had commissioned her project, moderated the event with aplomb.

Daniel Schwartz gave a talk in summer about his varied work in Central Asia. Moderated by one of Steppe magazine’s editors Mitchell Albert, Schwartz’s pictures conjoured up the atmosphere of the endless dusty steppe lands that stretch from the Caspian sea to the Tien Shan mountains bordering China. A special blog post on the difficulties local photographers experience in Uzbekistan was written in the lead up to the event.

In July, we were delighted to play host to Ian Parry Scholarship judging session. The award was set up by Aidan Sullivan, Vice President of Photo Assignments for Getty Images, and esteemed judges such as Don McCullin and Jon Levy makes hosting the judging process a true honour.

Reporting from the Vietnam war provided the basis for August’s talk to mark 35 years since the end of the Vietnam war. This event featured not just photographer Patrick Chauvel and clips from his film Rapporteur de Guerre featuring photographers Larry Burrows and James Nachtwey, but also writer Jon Swain and CBC reporter and author of The Cat from Hue, John Laurence. The event was moderated by ITN reporter Michael Nicholson and the evening began with a clip from his series Back to the Front.

Two members of a close-knit photography collective, Anna Kari and Guilhem Alandry spoke at the Club just after returning from Visa pour l’image in Perpignan. Documentography‘s unusual methods of working together and the difficulties and benefits of cooperating to produce photojournalism lead to an intriguing discussion moderated by LCC’s Jennifer Pollard.

In October, the opportunity arose to hold two very different photography events. Teun Voeten’s Tunnel People provided the subject matter for a very popular event. The recent updated release of his book about the underground communities that lived under the streets of Manhattan made fascinating subject matter for a discussion about anthropology and journalism ethics. Colin Jacobson, formerly the Senior Lecturer at Westminster University moderated the event. Teun’s angelic son made an appearance on stage during the event.

Also in October John G Morris spoke at the Club about an extraordinary period in his career working as LIFE magazine’s London picture editor during the Second World War. Recently released images from Hiroshima and Nagasaki provided the backdrop for his talk about a career that spanned the majority of the 20th Century and hasn’t come to an end yet. Alexander Lindsay acted as moderator for the event.

Adam Ferguson wrapped up this year’s In the Picture events on the eve of Remembrance Day with a striking but thoughtful look at the war in Afghanistan. The story of his swift progression this year from young photographer to World Press Photo winning war journalist was told with the help of moderator Simon Robinson and some spectacular photographs.

If you enjoyed any of the In the Picture events in 2010, please join us for the first photography event of 2011 on the 18th of January: In the picture: Orphaned and Ostracised – HIV in Africa with Carol Allen Storey. Any suggestions for future photography events at the Frontline Club should be sent to [email protected] Twitter: @FloraCarmichael.