Libya: “Stuck in a Zero-Sum Game”

In a debate chaired by BBC journalist Mohamed Madi, the panelists spoke of the polarisation of today’s Libya, in which two separate governments and hundreds of militias compete for influence. 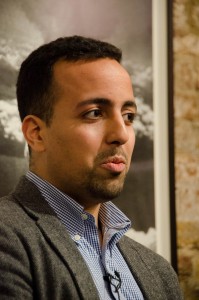 “The poison of polarisation has seeped into Libyan society,” said Fitzgerald. “Regions, communities, even families are fighting each other.”

Elham Saudi, co-founder and director of Lawyers for Justice in Libya (LFJL) and associate fellow at Chatham House’s International Law Programme and Middle East and North Africa Programme, said that justice and governance had been replaced by a single concept:

These deep divisions have created a need for reconciliation, but this will be a long process, said Peter Cole, former International Crisis Group Libya analyst and editor of The Libyan Revolution and its Aftermath.

“Reconciliation and amnesty takes a generation,” he said. “It’s not the work of a few politicians in six months.”

The concept of rule of law has been lost in favour of rule by law – or lawmaking for political ends – said Saudi. Only 10% of those in prison have been charged, she said. 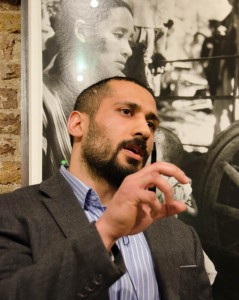 For Abdul Rahman al-Ageli, co-founder of the Libyan Youth Forum and former security coordinator in the Libyan prime minister’s office, Libya’s governance problems stem from the fragmentation of the three factors that make a state: international recognition; monopoly on the use of force; and direct control over the territory.

Only one of the governments claiming to represent Libya has any of these three factors: the Tobruk-based administration can claim only the first, and that in Tripoli can claim none.

This is not going to change until there is a “mass reform of the state,” said Al-Ageli.

“All sides of the political spectrum believe that the exclusion of those they consider to be their opponents would be the solution to the country’s problems.”

Guma el-Gamaty, a Libyan politician and National Transitional Council (NTC) envoy to the UK during the 2011 revolution, said that the root of Libya’s troubles was the power vacuum left by Gaddafi.

“Physics tells us that vacuums have to be filled, and what was it filled with? It was filled with militias,” he said. 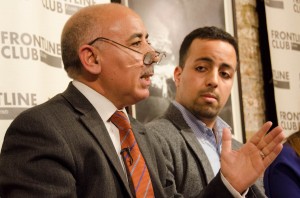 Bringing these militias into the government’s pay was the “biggest mistake the NTC made,” added El-Gamaty, as it took the number of militia members “from 25,000 to 250,000.”

There was no shortage of institutions after the 2011 revolution, argued Al-Ageli, but these institutions were “toxic and destructive.”

“The state incentivises counter-productivity, it rewards corruption, and it punishes efforts to reform,” he said.

The rush to seek remuneration for militia membership was only explained by Libya’s social history, said Al-Ageli.

“There is no rational reason for a conflict in Libya at the moment – it’s all emotional reasons.” 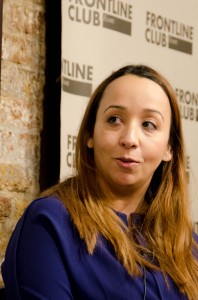 In the absence of the rule of law, concepts of justice have become warped, said Saudi.

Crime is “related to who did what to whom, not the action,” she said.

In hundreds of interviews carried out to establish what people in Libya understood by the word ‘torture’, 67% of those asked defined torture “by who had committed it,” said Saudi.

As Libya enters a fourth year of conflict, Libyans must remember what they fought for in February 2011, said El-Gamaty:

“Sometimes they say you have to trade freedom for security, but this is very, very dangerous. I have another name for that, and it’s dictatorship.”

Copies of the book the Libyan Revolution and its Aftermath can be purchased from Hurst publishers.

Watch and listen back: