Last night the Club had the privilege of hosting Paul Conroy, Lindsey Hilsum, Cat Colvin, Scott Gilmore, and Chris Martin for a screening of Under the Wire followed by a Q&A. Under The Wire. As Marie was a member and friend of the Frontline Club who spent many an evening with us, it was a special event to reunite friends and family of hers to honour her life and remember her important work as well as have a drink in her honour.

Under the Wire tells the story of US war correspondent Marie Colvin’s last assignment, and photographer Paul Conroy’s incredible escape of the besieged city of Homs. Despite knowing the dangers, Marie made it her mission to enter Syria, with the motive of telling the world of the ‘slaughter’ its citizens are subject to at the hands of Bashar Al-Assad’s regime. As quoted by Lindsey last night, Marie said; ‘it’s what we do’.

Representatives from the Center for Justice and Accountability (CJA), an NGO dealing with international Human Rights issues also attended the evening. CJA is the organisation currently representing the Colvin family in Colvin V. Syrian Arab Republic, working to bring to account the members of the regime responsible for the targeted assassination of Marie. Scott Gilmore, Staff Attorney at CJA, was asked about what the case aims to achieve. Scott stated that this could cost the Syrian regime millions; enough to have an effect. Since Assad’s money is his power, as pointed out by Gilmore, suing the regime and seizing some of the president’s assets could make a real difference. 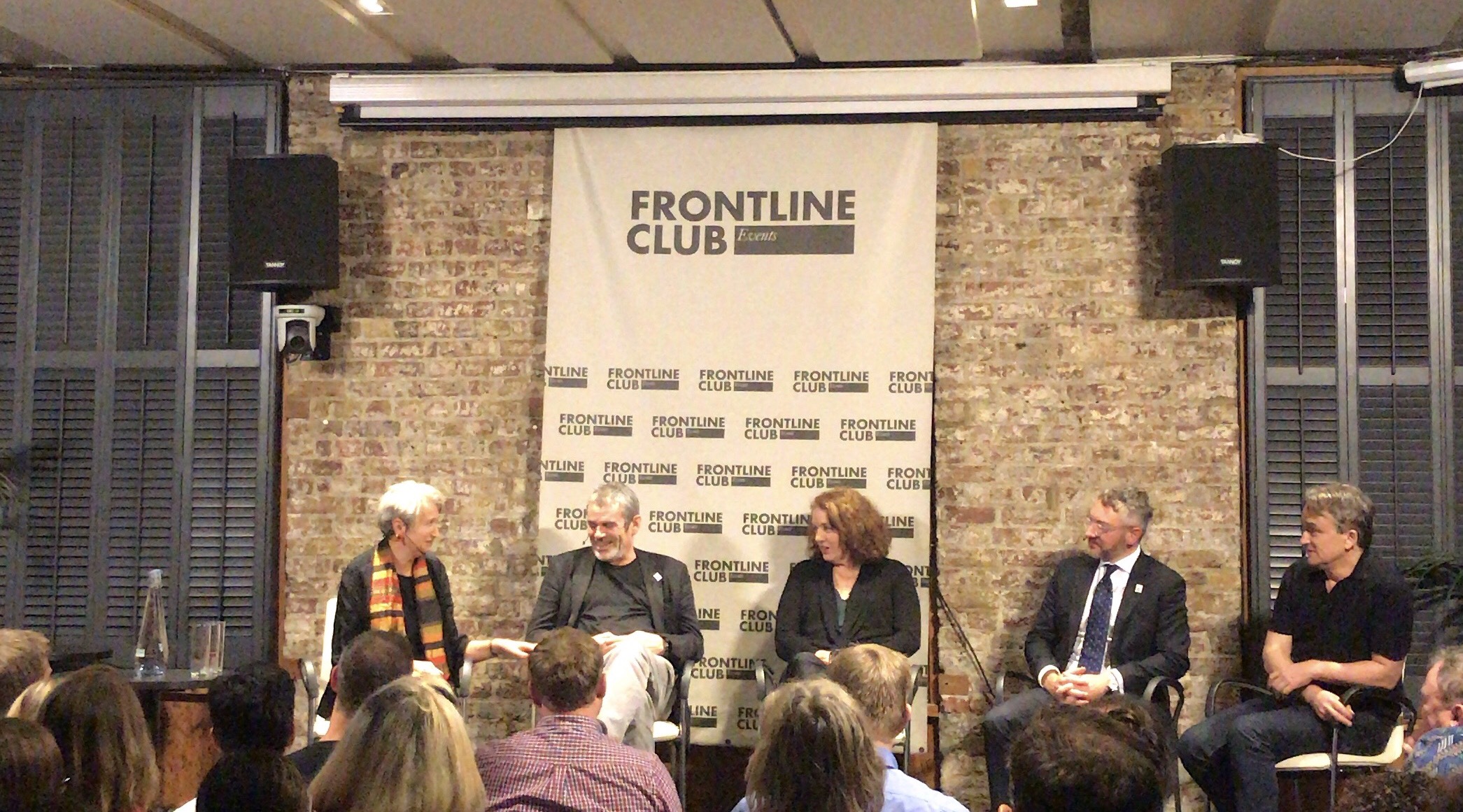 Under the Wire is being released this weekend and will be available to watch at home on Sky and iTunes, with other providers including Amazon instant video coming soon. The film is also being screened in cinemas across the country starting this Saturday in Glasgow. 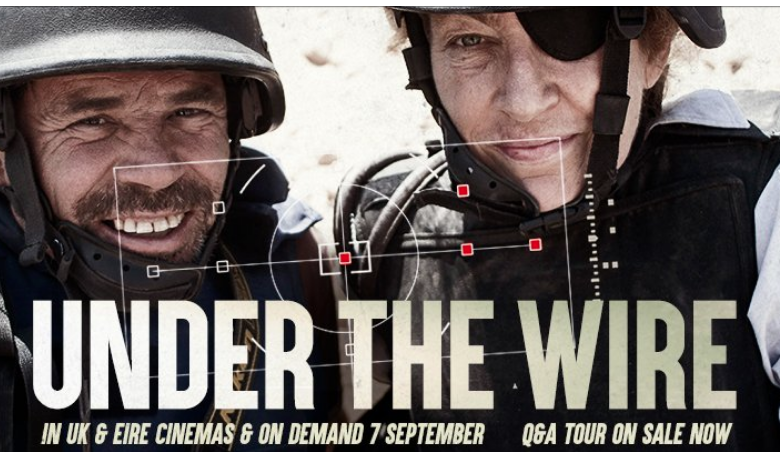 A number of Marie’s relatives, friends, and colleagues attended the evening, including her sister Cat who spoke on the panel, her niece Justine, Lady Wellsely, Sunday Times editor John Witherow, friend Lyse Doucet and many more. The Club would like to thank everyone who joined us for such a historical event. We wish the Colvin family and CJA the best in their case for justice for Marie.