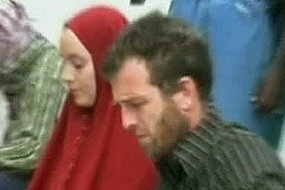 It’s wonderful news that the two journalists kidnapped last year in Mogadishu have been freed today after 15 months. The dribs and drabs of news coming out of Somalia have at times suggested Amanda Lindhout and Nigel Brennan might not survive. Both had been desperately ill and rumours circulated constantly that, with little prospect of a ransom, their kidnappers might simply decide to shoot the pair and call it a day. There are other horror stories that may or may not be confirmed in the days ahead.
But for now the main thing is that after $1m was reportedly paid for their release, the two are free and back at the Sahafi hotel – ironically the scene of another kidnapping this year.
Good news for both, although I dread to think what emotional and physical scars the two will carry with them for the rest of their lives. Now I just pray that no-one else ends up in the same situation. The press pack in Nairobi – of which I was until recently a part – always treated Mogadishu with the utmost respect. We only went if we knew we could do it safely. Too often though we were surprised by the attitude of others parachuting in. Veterans of Baghdad and Kabul assumed they’d seen it all. They hadn’t. Mogadishu may as well be on another planet. Here are some things to think about and some lessons to learn:

There are ways of operating in Mogadishu. There are good fixers and stringers who can help. There is a wealth of information and advice from experts in Nairobi. But if you don’t bother asking around and taking the temperature then you only have yourself to blame. Sometimes – but not always – the place is simply best avoided. No story is worth your life.
UPDATE *** 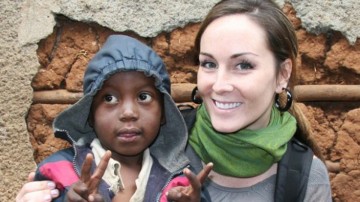 Here’s what Amanda Lindhout has to say about her ordeal:
“My day was sitting on a corner on the floor in a room 24 hours a day for the last 15 months,” she said.
“There were times that I was beaten, that I was tortured. It was an extremely, extremely difficult situation.”
xx crossposted from my South of West blog xx