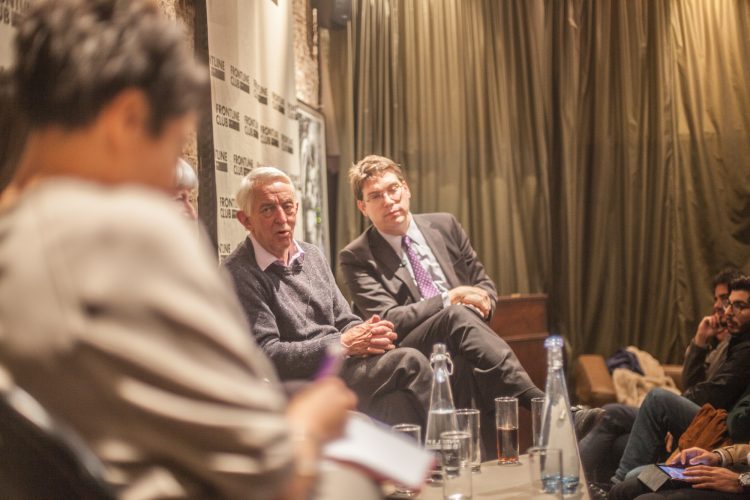 Rifkind addressed a full house at the Frontline Club on Monday 21st Novemeber at a discussion about the future of conflict. Rifkind was joined by fellow panellists Paul Rogers, a professor in the department of Peace Studies at Bradford University, Julia Ebner, a Policy Analyist at Quilliam, and Julian E. Barnes from the Wall Street Journal, chaired by Jenny Kleeman, a British film-maker and journalist.

Paul Rogers identified a key issue in current conflict: ‘we’ve entered into an era of a revolution of frustrated expectations globally’, where people’s living standards are not rising with their expectations.

Julia Ebner believes a ‘global jihadist insurgency’ and a ‘far-right renaissance in Western countries’ are provoking a ‘phenomenon of reciprocal radicalisation’, where each party’s actions (such as anti-Muslim hate crimes and fundamentalist terror attacks) feed into the other’s grievances. For Ebner the solution lies in tackling those grievances and in tackling the ‘black-and-white narratives that are propagated from both sides’ which result in a worldview of the West and Islam being at war with each other. 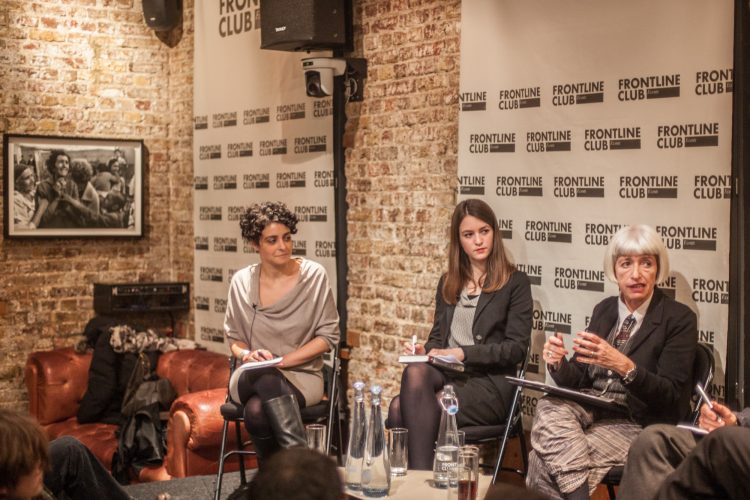 Ebner was particularly concerned by the impact of fake news sites, as well as the echo chambers that are all too prevalent on the social media landscape in what she termed our ‘post-factual society’. Rifkind expressed similar concerns about social media, saying it ‘stimulates extremism, people… wind each other up and they get amplified… it’s hugely problematic in terms of stimulating extreme identities’. Barnes pointed to the ‘explosion of encryption technology and the ability very easily for groups or individuals to get very high-powered encryption that’s very difficult for intelligence services in the UK or the US to break.’

Although all of the panellists agreed that the so-called ‘war on terror’ has failed, Barnes said we should expect to see more of a focus on this under Trump, with Russia as a potential ally. Continuing the war on terror may be playing into the hands of Islamic terrorists who want war: Rogers argued that ‘if they present themselves as the true guardians of Islam under attack by crusader Zionist forces, then essentially it helps to be attacked’.

The panellists emphasised the importance of preventative work against conflict; but how do we get politicians to realise earlier that conflict is not the answer and to act early when politicians’ interests naturally lie in short-term success? Rifkind pointed out that ‘foreign policy is often about crisis management, it’s often about reacting rather than anticipating’, citing the Gaza conflict as a key example of this. Ebner, meanwhile, argued that the solution does not lie in politics at all, but within civil society, where we should ‘tell better stories than extremists are telling’. 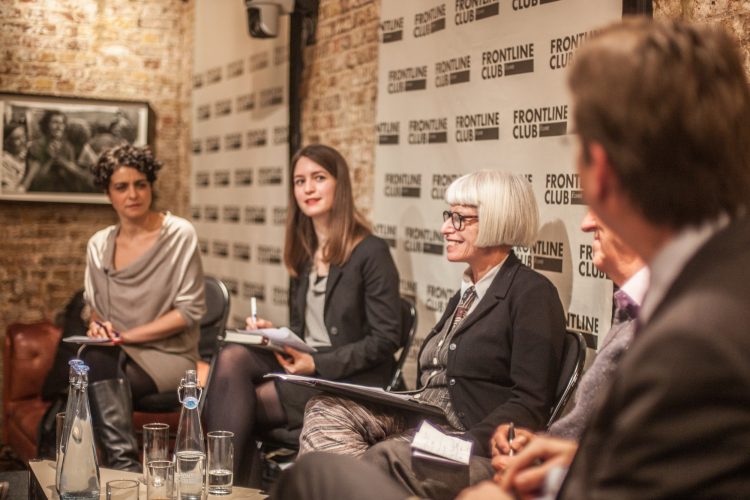 IS is funded partly by Western Gulf states, and Barnes wonders if we might expect Trump to cut business from such countries ‘we very much could see more pressure [on allies which are known to fund terrorist groups] on this transactional approach’. However, IS campaigns are relatively cheap to run, and is able to maintain taxation within the territory, so a decline is as likely to come from a lack of appeal. None of this solves the underlying problems of the Arab world that made it so popular (the ‘revolution of frustrated expectations, as Rogers put it), such as unemployment. The underlying problem of marginalisation is here to stay, according to Rogers, who also named climate change as a major cause of future conflict and migration. Ebner added that uniting against climate change ‘could be part of the solution – it could also provide civil society with a common cause, an abstract enemy…rather than human beings fighting against human beings’.

Will World War III be mankind versus climate change? One can only hope.