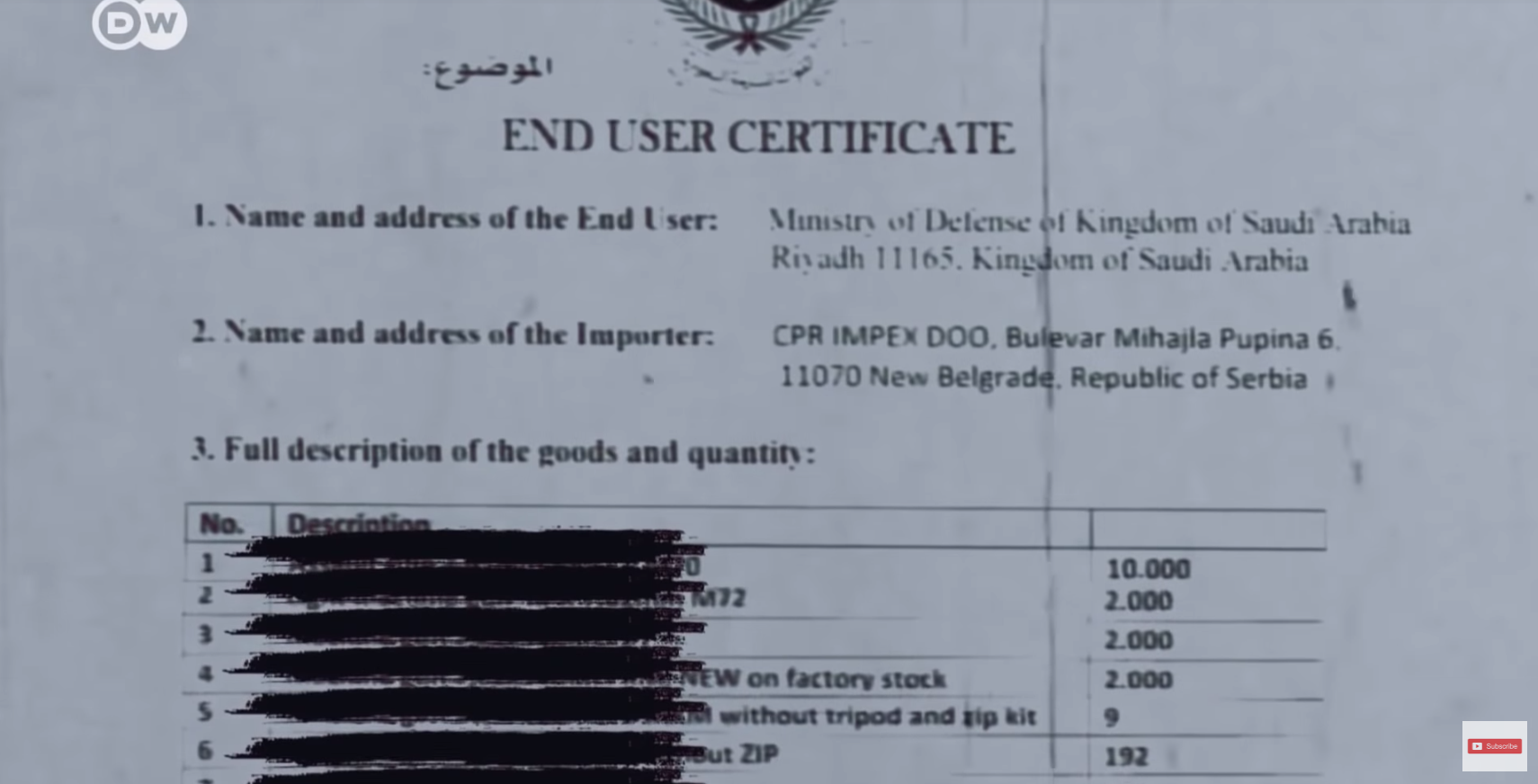 In the eighth of our series of ‘Ethics in the News’ events at the Frontline Club, Hannah Storm, director and CEO of the Ethical Journalism Network, will be speaking to Rana Sabbagh a founder of Arab Reporters for Investigative Journalism (ARIJ).

Rana will discuss the challenges of running an investigative journalism organisation based in Jordan and working with journalists in extremely difficult circumstances around the region with Sarah Giaziri , Director of the Frontline Freelance Register, and Mark Hunter, who has worked with ARIJ to develop the ‘Story-Based Inquiry’ approach to investigative journalism.

We will also hear from BBC Special Correspondent Nawal Al-Maghafi and Mohamed Aboelgheit about their experience reporting from Yemen and other countries in the region.

The event will look at how ARIJ tries to build trust with audiences despite often having to publish their investigations internationally rather than in national media due to self-censorship and press freedom issues.

In this discussion, Rana will give an inside track on how her team approaches their investigations and what she has learnt from the last 14 years of running ARIJ, through the lens of some of ARIJ’s most successful investigations, including:

Hannah Storm is the Director and CEO of the Ethical Journalism Network (EJN), a media consultant specialising in gender-based violence and gender-sensitive reporting, and the former director of the International News Safety Institute (INSI).

She is co-author of The Emotional Toll on Journalists Covering the Refugee Crisis and The Kidnapping of Journalists: Reporting from High Risk Conflict Zones, both written for the Reuters Institute for the Study of Journalism at the University of Oxford and No Woman’s Land: On the Frontlines with Female Reporters, published by INSI, which explores the unique safety issues for women working in the media.

Rana Sabbagh is a founder of the award-winning ARIJ network, established in 2005, Rana Sabbagh has dedicated the last ‏ ‏35 years of her career as journalist, columnist and media trainer to promote free speech, independent media and human rights in a largely autocratic region. She is currently on sabbatical until end 2019 to help design the ARIJ strategy 2020 and beyond. As the ‎former chief editor of The Jordan Times, Sabbagh became the first Arab woman ‎in the history of the Levant to run a daily political newspaper. Prior to her work with the newspaper, she was a correspondent for Reuters International News Agency in Jordan and the Gulf for over a decade.

Dr. Mark Lee Hunter is a founding member of The Global Investigative Journalism Network, and the author of Story-Based Inquiry: A Manual for Investigative Journalists (UNESCO 2009). He is the founding academic director of the Future Media Management Programme at Stockholm School of Economics Riga. He has lectured in 40 countries on five continents.

Award-winning BBC Special Correspondent Nawal Al-Maghafi has been reporting on the Middle East since 2012. Over the past four years, she has been one of the few journalists conducting firsthand reporting of the ongoing conflict in Yemen; travelling extensively throughout the country, both in areas under Houthi rebel and government control. Her reporting has documented the deteriorating humanitarian situation in Yemen, including the bombing, starvation and spread of disease across Yemen. Her investigation into a 2015 attack on a Yemeni funeral — the deadliest of the conflict so far — provided key evidence in the case against weapons sales to Saudi Arabia by the US and UK. She has travelled across the Middle East to investigate how Mass Surveillance technology sold by BAE systems was being used by repressive Gulf states to monitor and stifle dissent by local human rights activists. Her reporting has also uncovered the complicity of the Egyptian army in the booming trade in organ trafficking across North Africa.

Mohamed Aboelgheit (Egypt) is an award-winning investigative journalist, columnist, and documentary editor. He is a contractor with Arab Reporters for Investigative Journalism (ARIJ) as a journalist and fact checker. His range of coverage included Egypt, Syria, Palestine and Yemen, that he produced recently his film with ARIJ “The End User” about tracking western weapons in Yemen. He won the Samir Kassir Award for Freedom of the Press, 2014 for the best opinion article.

Sarah Giaziri is the director of the Frontline Freelance Register (FFR), which was established in 2013 by a number of freelancers with support from the Frontline Club. It is a membership organisation representing freelance journalists exposed to risk while covering news, with the core objective to support their physical and mental well-being as well as campaigning for their safety and welfare. FFR also provides resources and support to freelance journalists on trauma and digital security training.  Before joining FFR Sarah was a programme officer for the Rory Peck Trust for 7 years covering the Middle East and North Africa and providing emergency assistance to freelance journalists in crisis. She also served as the Middle East and North Africa analyst for Freedom House’s Freedom of the Press Reports, covering Syria and Libya. She holds a degree in international relations and Italian, a master’s degree in human rights, and a postgraduate degree in law.