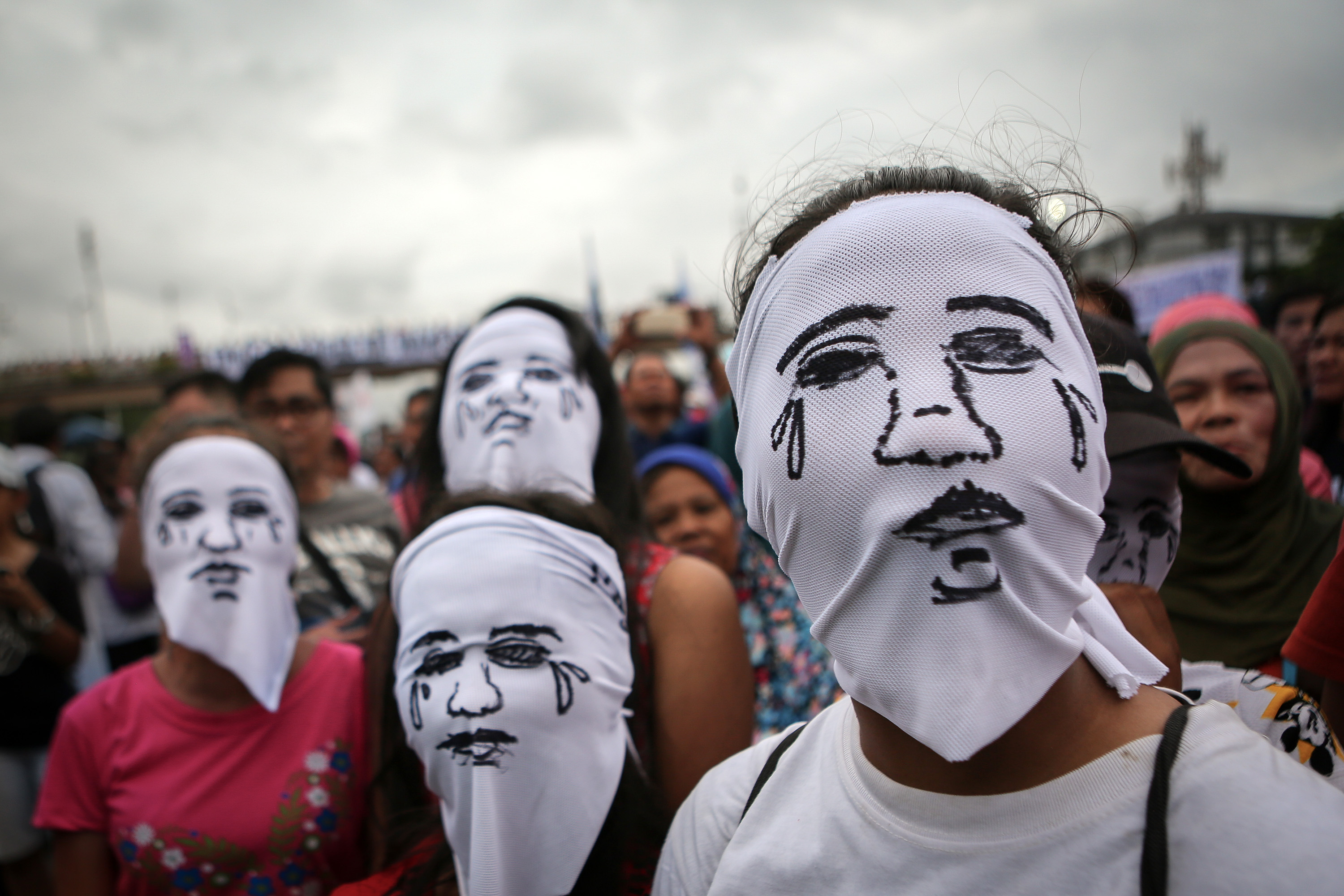 Ethics Through The Lens: Covering And Uncovering The Drug War In The Philippines

What are the experiences and challenges of reporters covering anti-drug operations in the Philippines, night by night? In such parlous working conditions, how and why do they continue? Can their work really shape public discourse?

Join Filipino photojournalist Raffy Lerma, chair of the Ethical Journalists Network Dorothy Byrne (Head of Channel 4 News and Current Affairs) and founder of the Photo Ethics Centre Savannah Dodd to try and understand life behind the lens – and the ethical challenges of looking through it – while covering horrific stories of human rights abuses.

In May 2016, Rodrigo Duterte, then-mayor of Davao City, won a landslide victory in the Philippine presidential elections on a campaign centered on the eradication of drugs in the country; a goal which the President maintains must be achieved even if authorities resort to violence.

“Forget the laws on human rights,” he said at his final campaign rally. “If I make it to the presidential palace, I will do just what I did as mayor [of Davao]. You drug pushers, hold-up men and do-nothings, you better go out. Because I’d kill you. I’ll dump all of you into Manila Bay, and fatten all the fish there.” Since then, a wave of killings has engulfed the country.

By November 2018, government figures revealed that 5,050 drug personalities have been killed in anti-drug operations – mostly from poor families in urban centers across the country. 23,327 homicide cases are still under investigation, including those killed by unidentified gunmen and vigilantes.

During the discussion, we’ll be showcasing Raffy Lerma’s photographs humanising the victims of the violent anti-drug policy and calling for accountability. We will also hear from Olivier Sarbil and James Jones the makers of “On The President’s Orders“, a film which documents President Duterte’s bloody campaign against drug dealers and addicts in the Philippines, told with unprecedented and intimate access to both sides of the war – the Manila police, and an ordinary family from the slum.

On The President’s Orders – Official Trailer from Mongoose Pictures on Vimeo.

Dorothy Byrne is Chair of the Ethical Journalism Network and Head of News and Current Affairs at Channel 4. She was appointed in September 2003, having previously edited the award-winning Dispatches. During her tenure, the Channel’s news and current affairs programmes have won numerous BAFTA, RTS, Emmy Awards and others. In 2014, Dispatches won the RTS Journalism Awards for both best Home and best International Current Affairs, the first time one strand won both awards, and Channel Four News won the RTS Journalism Award for Best News Programme of the Year for the second year running.

Raffy Lerma is a freelance photographer based in Manila, Philippines. He began his career in photojournalism as a student of the College of Fine Arts in the University of the Philippines Diliman. Raffy finished his Diploma in Photojournalism at the Konrad Adenauer Asian Center for Journalism at the Ateneo de Manila University. For 12 years, Raffy worked as a staff photographer for Philippine Daily Inquirer covering the daily news beat in Metro Manila. He has recently shifted into working independently to focus on his documentation of the Philippines’ “war on drugs.”. Raffy has been featured in The New York Times documentary “When a President Says, I’ll Kill You” and in the BBC World Series radio documentary “Trolls, ‘the Devil,’ and Death.” He has been giving talks in different parts of the Philippines and the world to help disseminate to a broader audience the realities of the drug war in the country.

Savannah Dodd is a photographer and anthropologist. She brought her two passions together in 2017 when she founded the Photography Ethics Centre, a social enterprise dedicated to raising awareness about ethics across the photography industry and around the world. Prior to founding the Centre, she completed her bachelor’s and master’s degrees in anthropology, and she worked in the development sector for NGOs and IGOs in Switzerland, Turkey, and Thailand. Alongside her work in the Photography Ethics Centre, she is pursuing her PhD in anthropology studying the politics of representation in photographs of conflict and post-conflict contexts at Queen’s University Belfast.

James Jones is an Emmy-winning British director who makes documentary films for international television and theatrical release. He has made films all over the world – from North Korea, Nigeria, Saudi Arabia, Iraq, Gaza, to the Philippines. He has just finished a feature documentary on Duterte’s drug war with Olivier Sarbil – On The President’s Orders – for FRONTLINE PBS, ARTE France, BBC Storyville and Bertha DOC SOCIETY. The film will have its festival premiere in March 2019.

Olivier Sarbil is an award-winning French documentary director and Emmy-winning cinematographer based in London. Olivier has covered conflicts and critical social issues across Asia, the Middle East, Africa, Europe and North America. He has just finished a feature documentary on Duterte’s drug war with James Jones, ‘On The President’s Orders’. The film will premiere in March 2019.