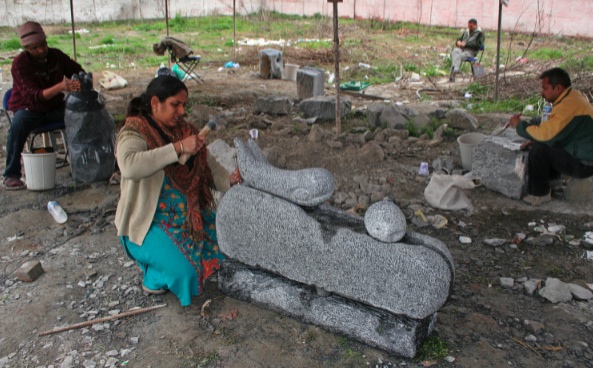 It was after two decades that sculptors from India landed in Indian held Kashmir to take part in a camp organized by the government run Jammu and Kashmir Academy of Art Culture and Languages (JKAACL) which looks after Cultural and Art related activities in the troubled region.

Even though Kashmir has produced some sculptors of international repute this art form could not grow because of the decades of turmoil, war and repression in the region.

The best sculptures are visible at a number of preserved sites such as, Pandretan, Avantipur and Martand and several places dotted around the winter capital, Srinagar.

Noted Kashmiri historian Fida Muhammad Hussein, a former director of the department of archaeology in the state of Jammu, asserted that history is witness that the local stone has long been utilized to create several sculptured marvels which still exist in many locations in the valley. 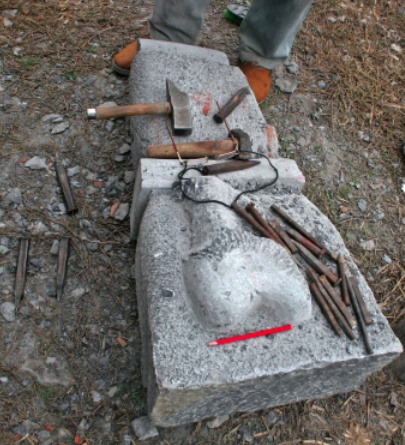 “Within the valley we have structures that point to a visible link to the Greek pattern of sculpture," said Hussein. "One can trace this development which started in neighbouring Pakistan. The famous Indus valley site of Mohenjodado is representative of this and is from where sculpture must have later come to Kashmir also,” explained Hussein adding that the activity was dominated by evolving patterns representing gods and goddesses in the stones.

However, the patterns created by the Indian artists at the camp depicted different themes together with the local group who displayed their creations alongside.

Gayoor Hassan, a prominent sculptor from Kashmir, said that we are not sensitive to this artform and we must once again make efforts to rejuvenate it here.

"Something has to happen to revive and secure this art, a significant change of policy must take place or we will loose a lot,” said Hassan.

The Indian artists, who were amazed to see the rich collection that the local Cultural Academy have in its possession, also stressed the need for safeguarding. 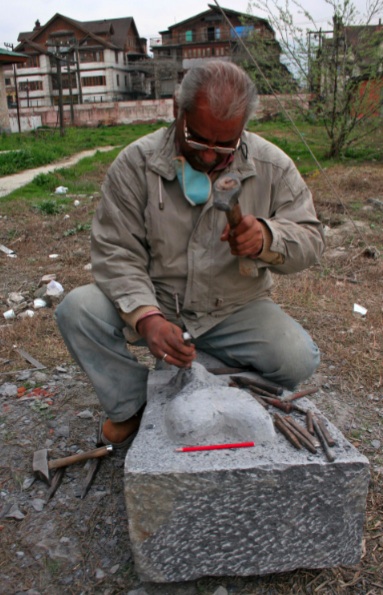 Pretty Khair a sculptor based in Indian city of Baroda, MadhayPrasdesh said that she traveled to the region for the first time and was astounded to see the sculptures belonging the government art body.

The local authorities say that the collection with the Academy is a result of the sculptor camps that have been organized since 1950 when the JKAACL was created.

The officials said that the present camp, held after a a gap of 21 years, had added another 12 pieces to the collection.

Haroon Rashid, a top official with the cultural body, said that they are trying their best to revive art forms in the region.