In praise of… the WikiLeaks Truck 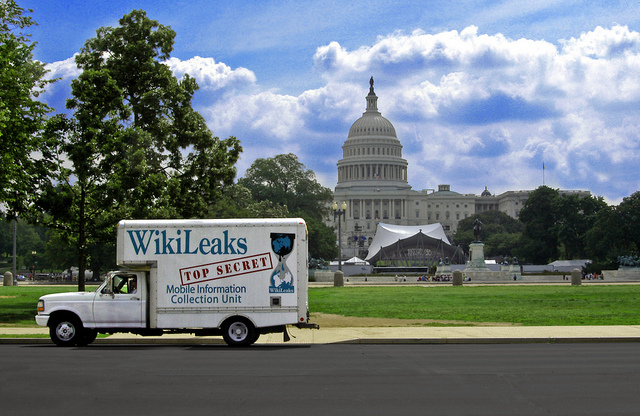 A white van emblazoned with the WikiLeaks logo by the artist Clark Stoeckley, the Collection Unit has paid unwelcome visits to notable sites including the White House, Capitol Hill and the Washington Monument.

In March, after a "Free Bradley Manning" rally in Washington, the truck was pulled over and Stoeckley arrested for driving in a "no truck zone" near the White House, though the charges were later dropped.

"The Secret Service searched the truck and found nothing," tweeted the artist on Wednesday. "They follow me wherever I go hoping for a traffic violation."

He added: "I asked the Secret Service officer who arrested me if he had any secrets he wanted to leak to WikiLeaks, and that made him laugh."

Stoeckley’s aim is to have a WikiLeaks truck in every country. He is raising money via the website Flattr and is willing to send adhesive vinyl graphics to anyone who wants to start their own mock ‘Collection Unit’.

"Just imagine these popping up all over the globe," he says.