In the Picture: Brave New Burma with Nic Dunlop

The Forum Blog contains reports of all our events. You can read an account of this event here.

This event is organised in partnership with the Asia House Festival of Asian Literature.

Twenty years in the making, Nic Dunlop‘s new book Brave New Burma is an intimate portrait of Burma through pictures and words. It takes the reader from the front lines of the ongoing civil war to its deceptively tranquil cities; from the home of Aung San Suu Kyi to the lives of ordinary people and their struggle to survive.

In a talk chaired by BBC foreign correspondent and writer Fergal Keane, Dunlop will present images from Brave New Burma and speak about the changes he has witnessed in the two decades he has covered Myanmar as it opens up to the outside world.

Nic Dunlop is a Bangkok-based photographer and writer represented by Panos Pictures in London. In 1999, he received an award for his discovery and exposure of Pol Pot’s chief executioner Comrade Duch, a story told in his book, The Lost Executioner. Dunlop also co-directed Burma Soldier, an HBO film which was awarded the Grand Jury Prize at the United Nations Association Film Festival and nominated for an Emmy for Outstanding Individual Achievement in Writing. 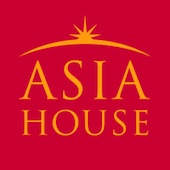