If you thought it couldn’t get any worse… 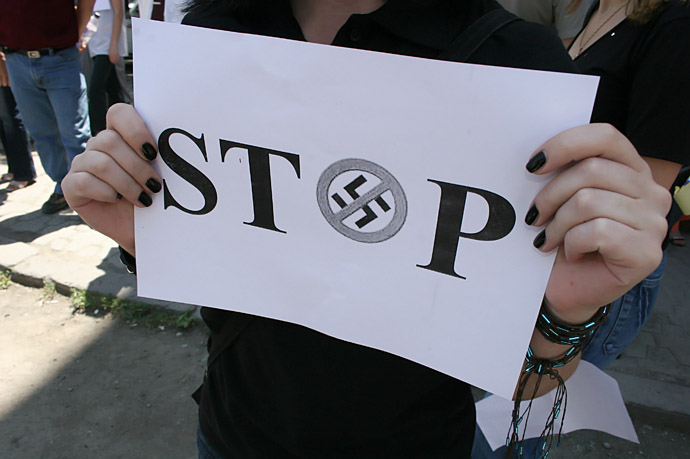 If you thought it couldn’t get any worse in Armenia and Azerbaijan then think again. As if youth activsts being detained in both countries while a defamation case is prepared against an environmental campaigner in the former, the situation as it pertains to human rights continues to deteriorate. Now, ultra-nationalist groups, edged on by their supporters in the mainstream media, have taken homophobia to new and very frightening levels.

Even if homosexuality was decriminalized in Armenia in 2002, society remains largely intolerant and traditional in its values. Naturally, in a country where nationalist ideology is also somewhat prevalent, fears that homophobia might turn even more extreme appear to be turning into reality. With blogs providing LGBT activists with a medium through which to voice their concerns, such fears can now be highlighted more openly than before.

This is especially true when in many cases it is actually the local media, and even some civil society groups, which seeks to promote homophobia. However, in recent weeks the level of intolerance in the mainstream media has alarmed many, with one newspaper going so far as to seemingly encourage hate crimes against members of the LGBT community in the country.

What makes the situation even more absurd is that many of these ultra-nationalist groups are the same which have nurtured links with their counterparts in Russia — presumably the same groups who have been responsible for the murder of scores of ethnic Armenians as well as other ethnicities in Moscow and elsewhere. Tragically, that doesn’t seem to concern any of their followers in Armenia and although small in number, they are becoming more and more visible. Racist, xenophobic, homophobic and anti-semitic, they have even infiltrated the local nationalist-leaning pagan community in recent years.

Meanwhile, in neighbouring Azerbaijan, despite the growing outrage against their detention, detained activist bloggers Adnan Hajizade and Emin Milli have not only been held in effective isolation from their families on what many consider to be trumped up politically motivated charges, but an additional charge was this week made against them. Unable to rally in their defense, unlike their counterparts in Armenia, Hajizade and Milli’s supporters have been reliant on new media to spread their message.

Youth activist video bloggers Adnan Hajizade and Emin Milli have been held in pre-trial detention for 48 days. However, in an unexpected development, the authorities in Azerbaijan have now decided to add an additional charge of assault. link

And if all of that wasn’t bad enough, according a diplomatic source last night, the prospects for peace between Armenia and Azerbaijan let alone normalized relations with Turkey look slim. Ironically, until that happens, the state of democracy and human rights protection in both countries looks set to be one of concern for many years to come. Nationalism, intolerance towards minorities as well as any sign of dissent, and perpetuating ethnic hatred between people in the region have become key to clinging on to power by the regimes in both Baku and Yerevan.

Oh, and did I mention Eurovision?