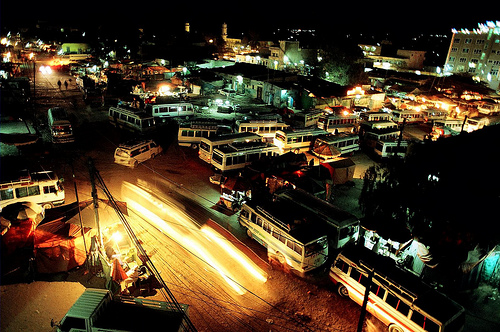 For the first time in 20 years I am packing my bags to make the journey back to Somalia, a country I called home. To be precise, I am going to Somaliland, the autonomous northern region which established its own local government in 1991 though it remains internationally unrecognized.

There is so much historical context to the troubled lands of Somalia it is difficult to pick a starting point. Somalia has recently been dogged by the piracy that takes place off its shores. There are Somalis who view pirates as vigilante coastguards, while others condemn them outright. There are also those who say, the piracy situation is more complicated than is commonly portrayed in the media. The humanitarian crisis affecting Somalis was described as worse than Darfur by UN officials but it just seems to escalate with the continued violence.

I am going to speak with people I left behind in tw who have since fled the south for the relative peace of Hargeisa in the north. Some have lost children and spouses in the war. They have stories that need to be told. It is that part of the trip that I am most looking forward to. I was fortunate to leave Somalia with my parents and siblings when we left. I expect seeing the faces of those left behind will be an emotional and unforgettable experience.

I am both anxious and excited about this journey. I am anxious because travelling to that part of the world is never easy. I am also reminded of a recent exclusive in the Independent about British-Somalis who travelled to Somaliland alleging harassment by MI5 on their return. I am excited because I left Somalia as a child way back in the summer of 1989 and now I am returning as a journalist exactly 20 years later.

Although Somaliland enjoys relative peace in the Horn of Africa, it has recently been marred by allegations of press freedom abuses and skirmishes. The self-declared republic is in the run up to elections due to be held in September. Interesting times lie ahead.

I will post a second blog entry as soon as I land and get internet access. I hear there is a relatively good telecommunication system in Somaliland so that is good news. I am also planning to use twitter for short updates throughout my trip.