Gerard Russell on the Disappearing Religions of the Middle East

“Islam, certainly in its early centuries, provided an environment in which a multitude of ideas could exist and be expressed… even, frankly, insults to Islam,” said Russell.

“Baghdad was a city founded with the assistance of a Jewish astrologer. It contained many Christian scholars and ministers. It had a pagan mathematician and it had outspoken atheists living in it. So I can’t help but think that if in those days it was possible, then it must be possible today.”

Russell also reminded the audience that religious tolerance was not exclusive to the ancient world, picking out the examples of Abd Al-Karim Qasim, the Iraqi nationalist of the 1950s with mixed Sunni and Shia heritage, and Egypt’s three Christian Prime Ministers between 1860 and 1930. 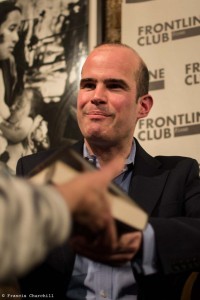 “People were falling over backwards really to be, in those days, trying to keep the nation together and not seeing things necessarily through the prism of religion but sometimes through the prism of common citizenship… I’d like to think that is an aberration. A change that will change back,” he said.

Asked if we might one day re-enter a golden age of a tolerant Middle East, Russell said: “Gosh! What a headline that would be, it’s a great headline if I were anybody of consequence: ‘There’ll be synagogues in Saudi Arabia!’… Why not? Because actually there have been churches in Saudi Arabia; there were churches in Jeddah. There were churches, I think, within living memory.”

As well as looking into the past, Russell talked extensively about the situations of the dying religions of the Middle East. The Druze, the Samaritans and the Yazidis, to name a few, all face their own challenges – be it threats of repression or destruction from the outside, or struggles to propagate their religion and beliefs in their younger generations.

“The Yazidis are doing their best with the internet,” explained Russell, “… they’ve got all these different casts and rules about who they marry. It’s very tough for the men as well as for the women and they are using the internet to try and link themselves up with each other”.

“One man told me that in his home town of 10,000 he didn’t have a single Yazidi he could marry because he came from just the most extraordinary combination of cast and tribe, and he’d moved to Nebraska where the job was going to be considerably harder.”

In many of these communities, a lot of old traditions are dying out because of similar problems. However, while the Yazidis are much more tolerant than many of the groups which Russell has studied, intermarriage is still punished.

Another real problem that these communities are facing is that their isolation, which once protected them, is fast disappearing. Russell said: “Frankly the wrong kind of people are getting to hear of the existence of philosophies and religions that they don’t like.” He worried that the publication of his book could endanger the people it was written about.

“I just worry that the wrong kind of person would get it and think this is a great manual for groups they should proceed to destroy, because it sets out all the ways in which they deviate from the norm.”

This being said, based on lessons of the past Russell was confident and hopeful about the future of the region.

“There is nothing written in fate about religious conflict in the Middle East… I certainly see a lot of hope that we’re going to go through this rather dark time and come out the other end.” 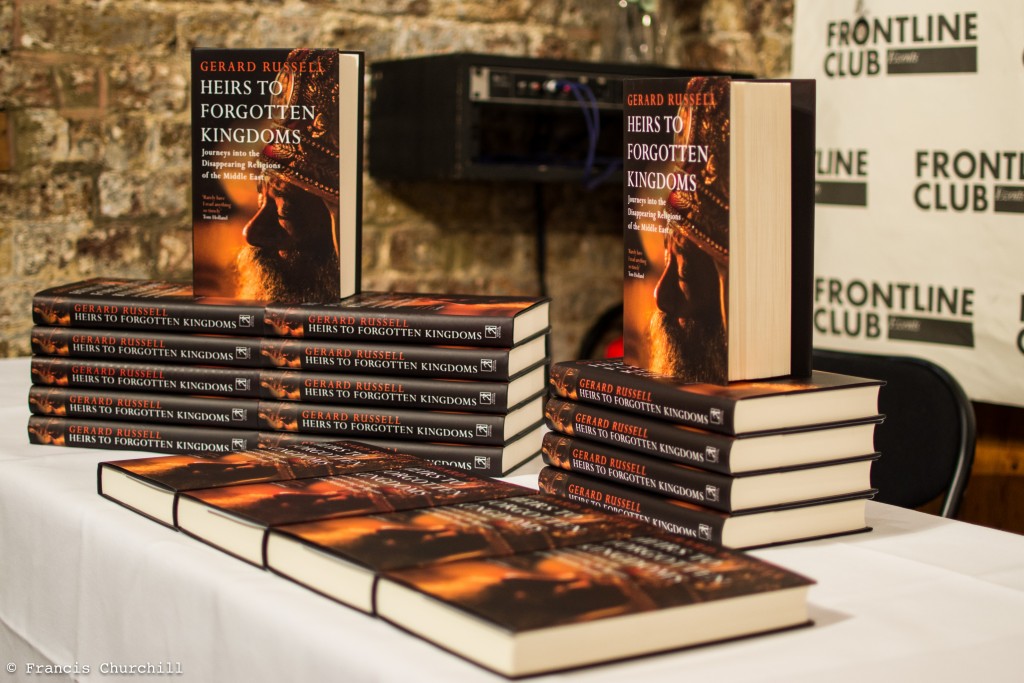 Copies of Heirs to Forgotten Kingdoms for sale at the Frontline Club, available online here.

Catch up with the podcast: