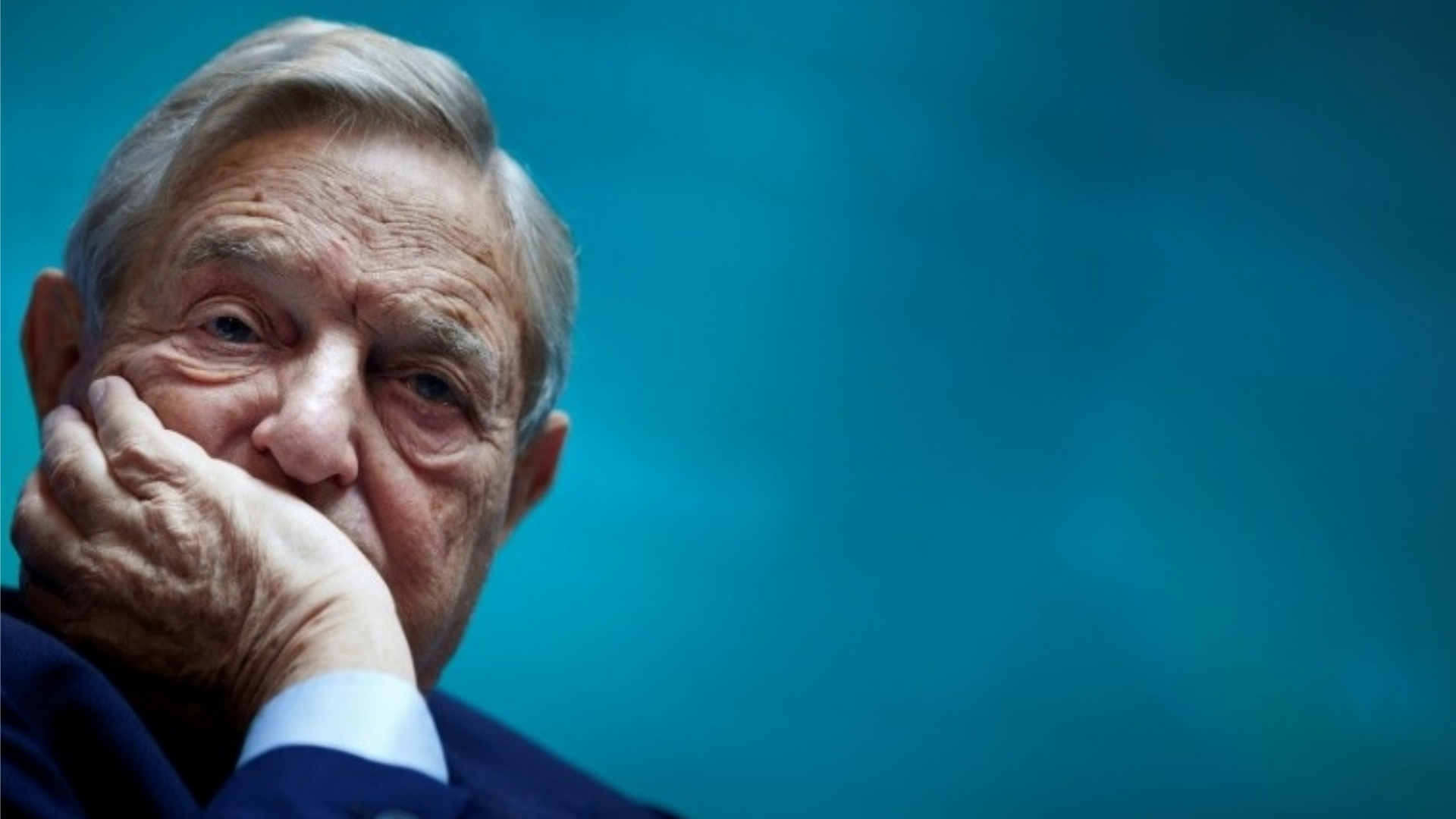 George Soros: The Saint And The Sinner

Few global figures have been as revered and reviled as George Soros. One of the world’s most prolific philanthropists, he has spent billions supporting democratic change movements around the world. To discuss the Soros legacy we’re joined by the president of the ‘Open Society Foundations’ Patrick Gaspard, reporter and academic James Kirchick, Deputy Editor of the Financial Times Roula Khalaf, and sociologist and writer Frank Furedi. The debate will be chaired by broadcaster and writer Jonathan Dimbleby.

To many of his detractors, Soros is an unelected force who uses his vast wealth to pursue an agenda that leaders such as Viktor Orban in Hungary argue undermine their policies and programmes.

To his supporters, Soros is a global champion of democracy and human rights; an example of how philanthropy can lead the fight against authoritarianism, intolerance and racism. To them, ‘Soros Hatred’ is a global sickness and tainted with festering anti-semitism.

Jonathan Dimbleby is a broadcaster, programme-maker and historian. Over the last 45 years he travelled extensively reporting from conflicts and crises in Europe, The Middle East, Africa and the Americas for ITV. Between 1987 and 2006 he presented weekly political debate programmes for both BBC TV and ITV, anchoring election night programmes on ITV in 1997, 2001 and 2005. Since 1987 he has chaired BBC Radio Four’s weekly ‘Any Questions’ programme  and, over the last three years, a monthly debate programme for the BBC World Service, ‘World Questions’. Among countries in Africa, Central America and Europe, this has taken him to Poland and Hungary, the country of George Soros’ birth.

Roula Khalaf is Deputy Editor of the Financial Times. She has worked for the FT since 1995, first as north Africa correspondent, then Middle East correspondent and most recently as Middle East editor. Before joining the FT, she was a staff writer for Forbes magazine in New York. Roula oversees the FT’s network of foreign correspondents and bureaus. She writes regularly on global politics and business.

Patrick Gaspard is president of the Open Society Foundations. He joined the Foundations as vice president in 2017.Prior to joining Open Society, Gaspard served as the U.S. ambassador to South Africa from 2013 to 2016. Gaspard has extensive experience in presidential and congressional campaigns. Most recently, he served as a senior aide to President Barack Obama, as the executive director of the Democratic National Committee, and as an assistant to the president and director of the White House Office of Political Affairs. He was the national political director for Obama for America in 2008.

James Kirchick is a visiting fellow in the Center on the United States and Europe and Project on International Order and Strategy at the Brookings Institution. A widely published journalist, he is author of “The End of Europe: Dictators, Demagogues and the Coming Dark Age” (Yale, 2017), and a frequent contributor to a wide array of publications including the Los Angeles Times, The Washington Post, Frankfurter Allgemeine Zeitung and Politico.

Dr. Frank Furedi is an author and social commentator and emeritus professor of sociology at the University of Kent in Canterbury, England and Visiting Professor, Institute of Risk and Disaster Reduction, at University College London. His study, ‘Populism And The Culture Wars In Europe: the conflict of values between Hungary and the EU’, discusses the sociological implications of the tension between populists and anti-populist political currents.

Watch the video stream of George Soros : Saint or Sinner