A newly revised and updated edition of Frontline by David Loyn was published this week. 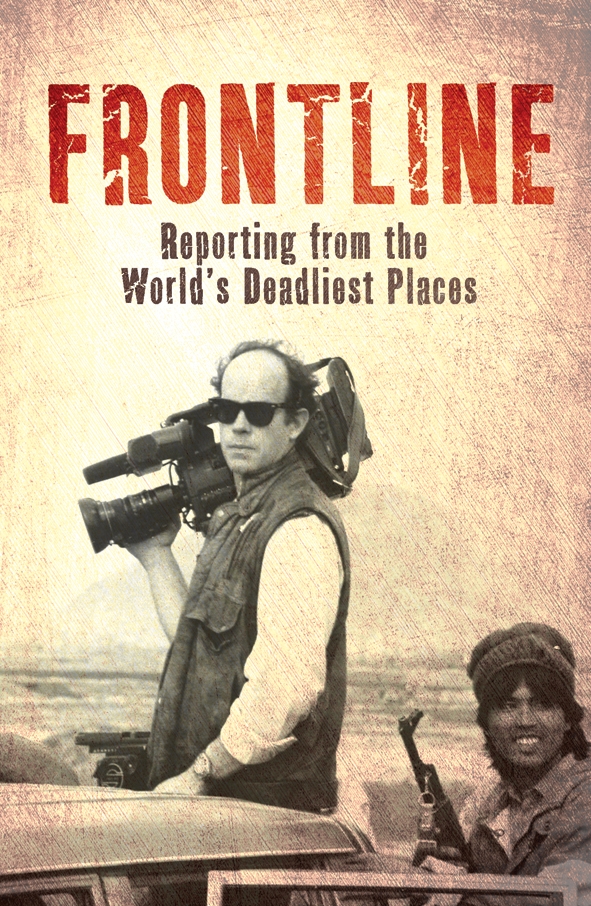 First published in 2005, the latest edition features a foreword from BBC world affairs editor John Simpson, who writes that the book is “the history of a moment in television news, which was brief enough, yet so bright it will stay in the minds of everyone who experienced it, like staring into a torch-beam on a dark night.”

Frontline Television’s reporters were motivated to document the true horrors of war and courageously went where other news organisations feared to tread. Risking everything to show the truth, they travelled the world’s most dangerous places in a quest to live life to the full, a quest some paid for with their lives. (Two of FTV’s founders, Peck and Della Casa, are now dead: killed in action.)

Between them, this colourful collection of adventurers and ex-army officers captured some of the key images at the end of the Cold War, and the fractured, fissile world which emerged.

The way they lived and died was an anachronism; they were eccentrics who might have been happier fighting wars in the British Empire a century before. Instead, they brought back pictures from the worst war zones the late twentieth century had to offer. And it suited them.

For the men of Frontline, how things were done was as important as what was done. All four of the founders, and those they recruited, shared the same panache, wit, and disdain for authority, planning the next trip to the Hindu Kush in the bar of the Ritz.

Their story reads like a latter-day Rudyard Kipling adventure. But while their lives may have been lived as if they were still playing the Great Game, they also cared passionately about their work and the truth it conveyed.

Part Bang Bang Club, part Flashman, Frontline is the gripping story of lives lived to the full in some of the worst places on earth.

The book can be purchased by visiting this link.

“Loyn does a terrific job. His methodical, journalistic approach is perfect for grounding out a yarn that nobody would dare make up” Time Out – Book of the Week

“A gripping story, splashed with devil-may-care colour and scarcely credible tales of derring-do” The Guardian

“Barnstorming non-fiction. Every page is full of the kind of chutzpah, grit and valour that makes your own nine-to-five seem gut-wrenchingly futile.” Arena

“Hugely entertaining … the nearest thing to a Victorian adventure romp of empire against a background of fine marijuana, ‘Hotel California’, and the wheep and chirrup of satellite technology” Literary review