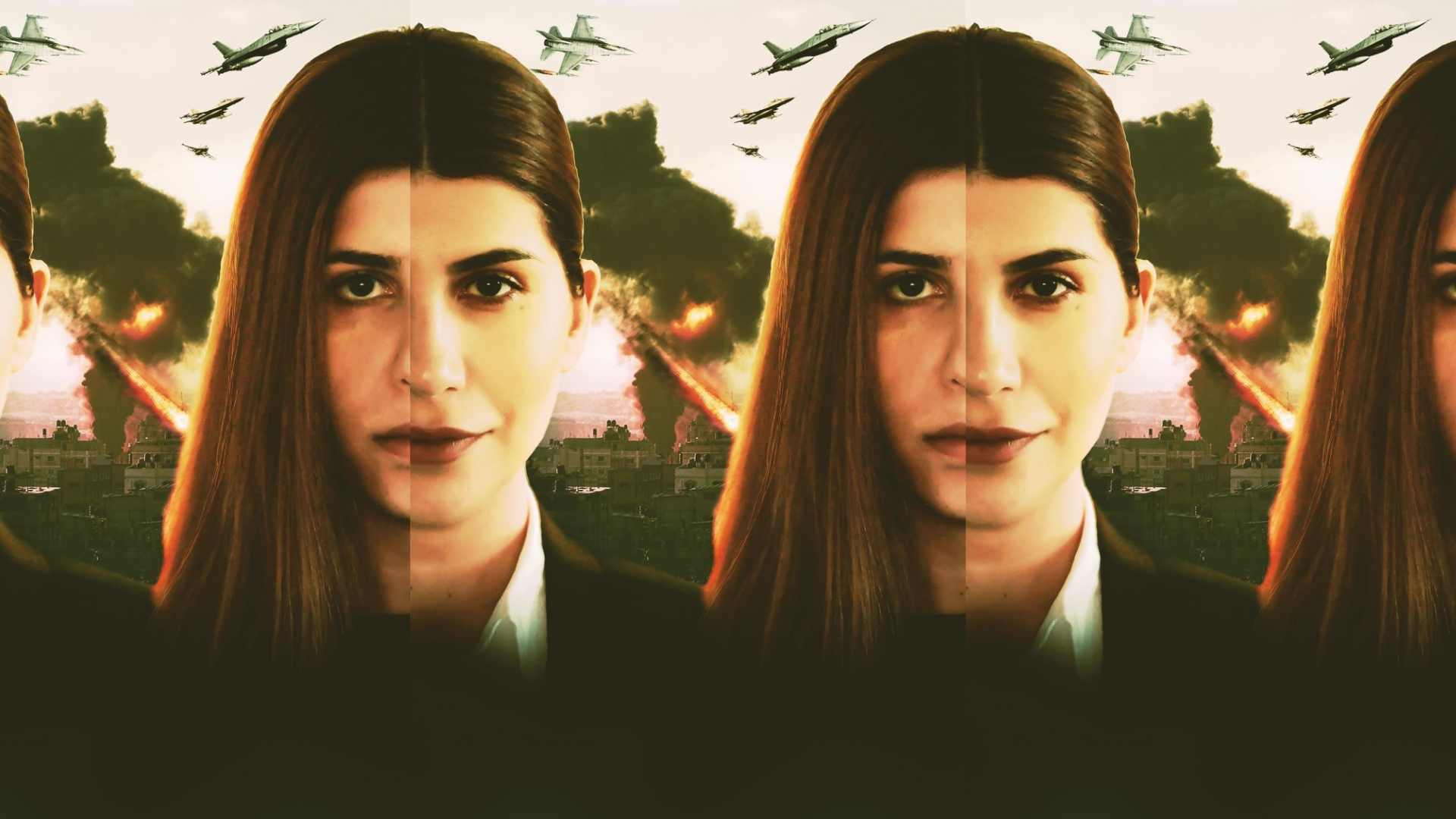 “A story of blockbuster proportions! The Big Lie is an urgent and captivating story, told by a voice the world needs to hear.”  ★★★★ –  EDINBURGH49

“Shaniaz’s storytelling capabilities are intelligent, apt and truly cutting; a welcome break from the more trivial pieces of this year’s Fringe.” ★★★★ – THE LIST

“Shaniaz Hama Ali’s semi-autobiographical play contains all the elements needed for a great story…and like the rest of the fascinating hour that we spend in her company, we applaud her for it.” ★★★★ – BROADWAY BABY

Front Line Club are proud to present The Big Lie, a Edinburgh Fringe success production that is going off Broadway in New York later this year – via a pit stop at Frontline.

In this semi-autobiographical play, Shaniaz is an ambitious associate at Sweden’s leading corporate law firm and is assigned to work with their top client – a global arms manufacturer – to sell arms to Syria. The protagonist, an Iraqi-Kurd and a survivor of Saddam Hussein’s genocide of the Kurdish people, has to consider whether or not to take on the case. Her conscience tussles with her ambition to become one of the firm’s partners, enabling her to join the ruling class.

The Big Lie makes us question our own morality. In her shoes, would we take on this case?

This humorous, gripping play is written by Hama Ali and directed by Oscar Toeman. Shaniaz worked as an associate at a global corporate law firm in Sweden, where she gained first-hand insight into a world that is normally hidden. Shaniaz fictionalised her experiences at the firm in a film screenplay that caught the interest of a Swedish production company. When Shaniaz moved to London, she made it into a one-woman show to bring to the Edinburgh Festival Fringe 2018.

The show won critical praise in Edinburgh with 4 stars reviews from Broadway Baby, the List and Edinburgh49. It was featured in the Scotsman, listed as one of four must-sees by the Daily Record and was nominated for Amnesty Freedom of Speech Award.

Shaniaz says of The Big Lie, “As a Muslim refugee I wanted to make a play about the racism I experienced growing up in an all-white, working-class neighbourhood in Sweden and why people vote for the far right, for Brexit and Trump. But mostly, I want to tell the truth about the clients of the corporate law firm that I worked in – the wealthy 1% and their role in all of this.”

During the Q&A we’ll be asking tough questions about the meeting points of politics and theatre in our society – and the relationship between art and activism.

Shaniaz Hama Ali is a Kurdish-Iraqi actress who came as a refugee to Sweden at a very young age. She joined the Swedish Labour Party and became the fiscal spokesperson for the Labour youth. But Shaniaz had a passion for acting that never subsided, she resigned from her job as a legal consultant and moved to London to focus on her acting career. She has since then starred in the short film PRACTICE; performed in the critically acclaimed French TV-series The Bureau (Canal+); and most recently in Red Snake, directed by Caroline Fourest, award winning French journalist, in her feature debut.

Siana Bangura is a writer, producer and community organiser originally from South East London, now working between London and the West Midlands. Her work primarily focuses on the intersection between race, class and gender, exploring issues such as deaths in custody in the UK, police brutality, and gentrification. Siana is the founder and former editor of Black British Feminist platform, No Fly on the WALL and most recently she was Campaigns & Communications Officer for an environmental charity in Birmingham, focusing on mobilising young people to take action in their local communities. Siana’s past contributions as a producer in theatre include ‘Fierce’ (Camden People’s Theatre), ‘Othello’ (English Touring Theatre), and she is currently an artist in residence at The Birmingham Rep. Siana is an alumnus of China Plate Theatre’s The Optimists, Belgrade Theatre’s Critical Mass, and is currently commissioned to write three plays of her own.