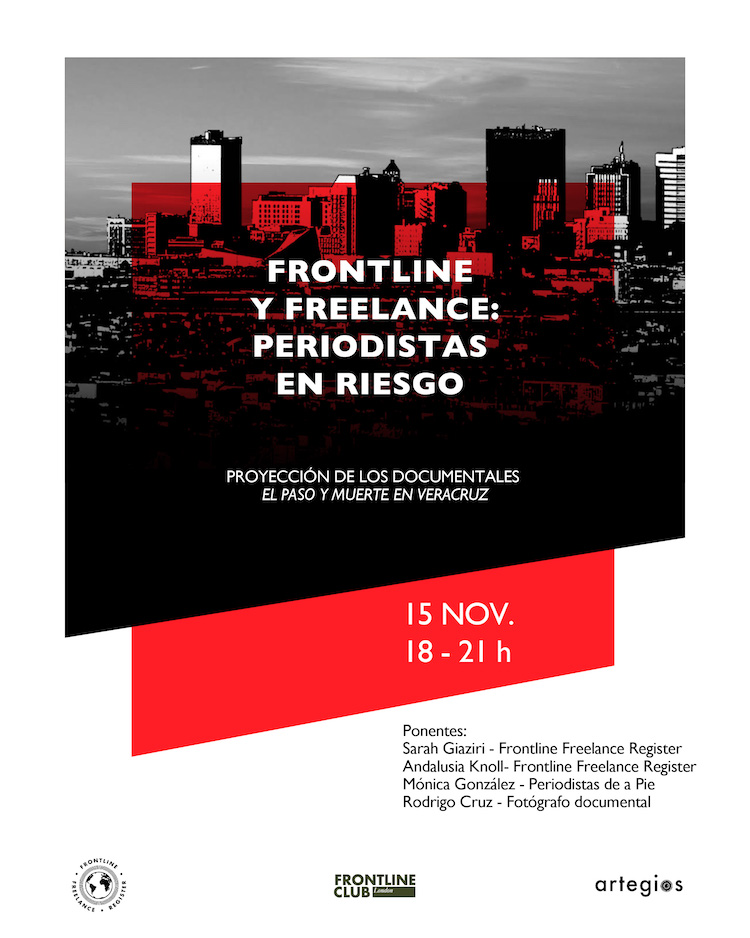 The Frontline Club and the Frontline Freelance Register (FFR) will be running their first ever film night in Mexico City at the Paseo de Reforma S / N Esquina Lieja, Colonia Juárez. This is in celebration of the FFR starting a new chapter, to support journalists operating in the country. The evening will show 2 short films followed by a Q&A around the themes of the night.

Mexico is one of the most dangerous countries in the world to be a journalist, according to international press freedom groups. An increasing number of journalists in Mexico are freelance and working without the backing of a media outlet. This can further increase the risks that they face, especially when working in conflict areas and contribute to an already precarious labor situation.

FFR is an international organisation founded by freelance journalists that works to improve the safety and labor conditions of freelancers, especially those who work in conflict zones without the backing of a media outlet. Due to the situation freelance journalists find themselves in, the Frontline Club will be starting a chapter of FFR in Mexico to create a support network and provide solidarity.

The event will feature two documentaries about journalism in Mexico and will be followed by a discussion with local and international journalists about the situation for freelance journalists in Mexico and the work of Frontline Freelance Register. El Paso, is a documentary that tells the story of Mexican journalists who fled in exile to Texas after receiving threats in Mexico, related to their work. Death in Veracruz is a mini documentary produced by AJ+ that shows the daily life of Mexican Photo journalist Félix Márquez and Jorge Sánchez, the son of assassinated journalist Moisés Sánchez in Medellín, Veracruz.