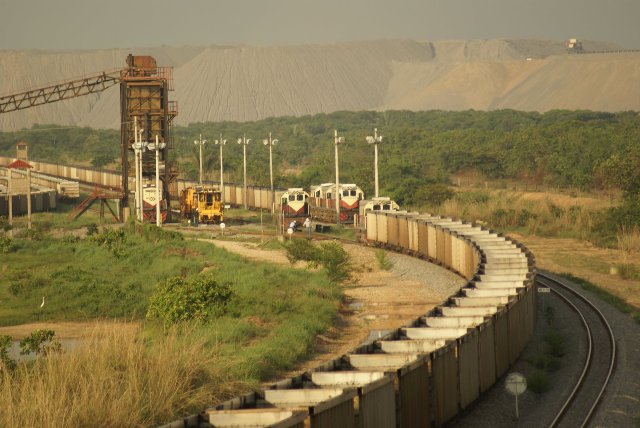 Over two hundred Colombians have placed a lawsuit at an Alabama district court against a Birmingham-based Drummond coal company for financing right wing death squads in Colombia.
Drummond runs an open pit coal mine in the northern Cesar department, where paramilitary groups assassinated hundreds of civilians from 2000 to 2006.

The lawyers who presented the lawsuit claim that between 2000 and 2006 Drummond paid paramilitary squads millions of dollars to protect its coal mine from attacks by left wing guerrillas.  But according to them, the paramilitaries also used the money to wage a broader campaign against left wing guerrillas in the department.

A woman who did not want to be named for security reasons tells of how her brother was killed by the “paracos” – as such groups are known in Colombia.

“The paralimitaries abducted my brother around 7 pm… They tortured him and broke his arm. They took out one of his eyes and pulled out his nails before finishing him off with five shots”.

She says her brother was a taxi driver who had no connection to guerrilla groups. But according to her a few weeks before his death, her brother had a dispute with his former boss. She suspects this man accused her brother of having links with the FARC guerrillas. 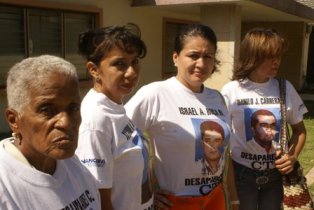 Human rights groups claim that paramilitary groups assassinated hundreds of civilians in the north of the Cesar province, as they pushed guerrillas out of the rich savannah.

Drummond admits its mine was surrounded by violence. But the company says it had no relationship with the local paramilitaries.

When Drummond was sued for the death of two union leaders in 2007, the company told reporters that the victims’ lawyers were simply trying to make some money with false testimonies. Back then, the courts said that there was not enough evidence to link the coal company to paramilitary groups.

But the lawyers like Rebecca Pendleton, who works for Conrad and Scherer, the law firm that initiated the current lawsuit, claim they now have compelling evidence.

“We have direct testimony from members in the paramilitary very high up in the rankings that they had directly received funding from members’ of Drummond´s upper management. They are saying that they received direct payment and that Drummond told them that they needed them as a private security force”.

Conrad and Scherer recently pressed similar charges against Dole, a US Banana company, at a US court.  Another banana company, Chiquita, last year admitted at a Florida court that it paid paramilitaries to protect its banana plantations. And Colombian lawyers are also investigating energy companies like Occidental Oil for their alleged relationships with paramilitary groups.

Professor Nazih Richani has written several books on the role of multinational companies in Colombia´s forty-year-old armed conflict. He says that multinationals have formed alliances with illegal groups when operating in conflict zones where they lack protection from state forces.
How could you do an investment without having security?” he says.  “The multinationals needed security for their personnel and operations, for the physical buildings and the transportation going in and out of the plants”.

Security experts say that at the turn of the century, guerrilla groups were staging dozens of attacks against oil pipelines, railroads and power lines every year.  And Drummonds’ own railroad in the Cesar province was blown up six times in the year 2000.

But over the past six years, attacks against infrastructure decreased substantially. President Uribe increased the army presence in Colombia´s resource-rich areas. And he set up specially trained “energy battalions” near large companies like Drummond.

Human rights activists say the army counterinsurgency tactics are problematic.  They criticize mass arrests that affect hundreds of civilians. And they say that fighting between the army and the rebels has forced thousands to flee their homes.

In the Cesar province, a leader of a mining union – who asked not to be named – said that he still sees former paramilitaries strolling about towns near Drummond´s mine. He also claims that those who want to change working conditions at the mine have received several death threats.