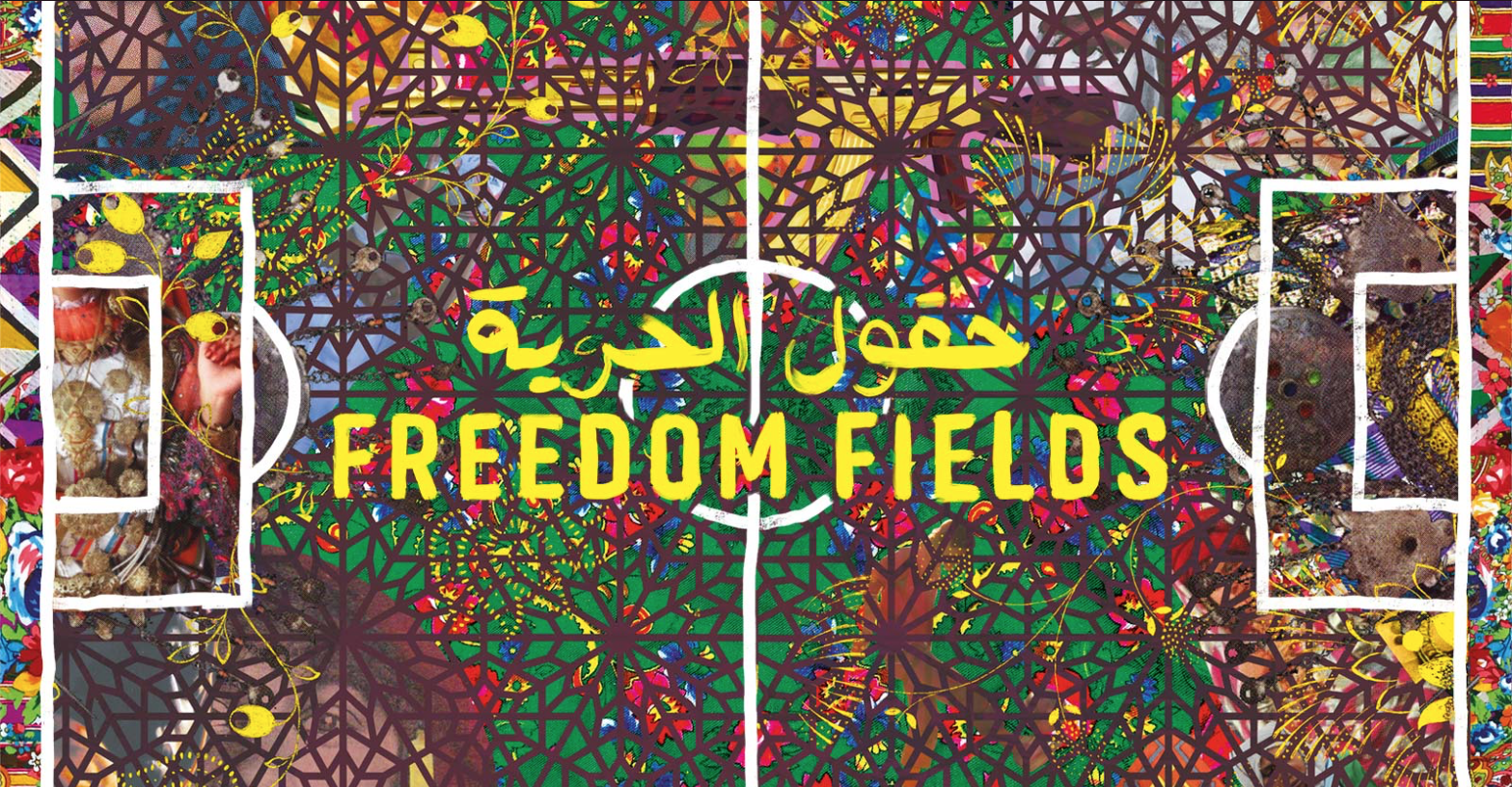 With the first kick of the FIFA Women’s World Cup a few days away, we are screening a film about a team that won’t be appearing in France. Filmed over five years, Freedom Fields follows three women and their football team in post-revolution Libya, as the country descends into civil war and the utopian hopes of the Arab Spring begin to fade. Through the eyes of these accidental activists, we see the reality of a country in transition, where the personal stories of love and aspirations collide with History. The screening will be followed by a panel including the Director, Naziha Arebi.

Libya was only ever associated with one face: Gaddafi’s. But in February 2011 it suddenly arrived on the world stage with many.

Women played a key role in the Libyan revolution, initiating the first protests, lobbying, smuggling arms and cooking food on the frontlines. In the first national elections, women were voted in as key decision makers. However, after this hopeful first step, the country took a different path and women have now been squeezed out of the equation yet again. Civil war, on-going assassinations and the rising presence of war lords and extremism is not the Libya these women, or anyone, had fought for…

Freedom Fields is the story of three accidental activists and their team. The three women play for their country’s female football team. They are friends, coming from different social and political backgrounds, different tribes, different classes and living in an environment plagued by war, paranoia, social constraints and corruption.

“Freedom Fields is a film about having the power to dream, to have a choice to carve your own future, against privilege, and to impact those around you, even if just for 90 minutes on a field.” – Naziha Arebi