#FreeAlaa: ‘You Have Not Yet Been Defeated’


Day 54 of the hunger strike: British-Egyptian writer, blogger and political activist Alaa Abd-El-Fattah is, yet again, in prison.

Prosecuted by every Egyptian regime that has ruled in his lifetime, Alaa tirelessly fights for democratic expression and freedom of speech.

His writings have been smuggled out of prison and collected into a book ‘You Have Not Yet Been Defeated’. It transcends borders, fighting for ideas over tyranny. 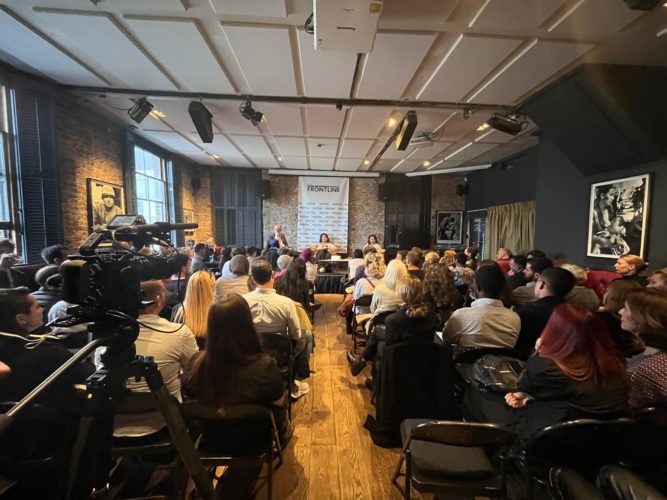 On hunger strike since April 2nd, Alaa is in a fragile condition. He has been living in a cell, deprived of light, unaware of time and kept away from reading materials. “This is serious psychological torture”, says Marr.

The sisters explained he is physically weak but psychologically in a much stronger position:

“What I’m about to add is alarming”, warns Mona. “We think Alaa has decided he wants an end to all of this. He wants the end to be guided by him rather than just imposed on his body. We feel he has decided to take this hunger strike until the end. Either it pushes us enough and triggers enough pressure to get him out of this endless loop of Sisi’s prisons or it will end his life”.

In 2011, Egyptians took to the streets. They dreamt of democracy and chanted for “bread, freedom and social justice”. This led to Hosni Mubarak’s downfall but he was replaced with a string of oppressive regimes; there are thought to be 60,000 political prisoners in Egypt today.

Echoing Alaa’s statement “Fix your own democracy”, Andrew Marr ended on a note directed to the UK audience:

“Tomorrow at Westminster, there’s going to be a crisis about Boris Johnson and the Sue Grey report. We’ll be talking about the condition of our democracy, whether rules are adhered to and whether people survive or don’t. I don’t know what’s going to happen but I do know nobody is going to be killed because of that. Throughout all of this, there will be a quiet patting of the backs about us being, in the end, a proper open democracy. And none of that really means anything unless we support those values around the world and we support Alaa. We still do have a system where politicians are responsive to public pressure and I would urge everyone to act…he is a very important voice that the world cannot afford to lose.” 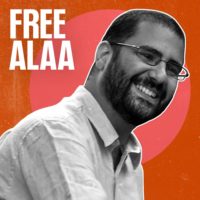 A recording can be found here: https://youtu.be/fQQhkfH6T3M