On the top floor, above a small furniture store lays a hidden treasure waiting to be forgotten. Outside one food vendor calls out to sell roasted corn while another sells fried doh with egg and onions. Thousands of motor bikes drive past every hour as if they were electrons racing through a circuit.

But above this furniture store that looks as similar as the other 20 furniture stores on that block is some one beautiful. The sounds and smells drift in as an iconic man quietly sleeps. He has witnessed every change Vietnam has gone through during the past century.

Photographer Vo An Ninh, now 103 years old, lays practically motionless on a small mattress while his great grandchildren instant message friends on their computers. He looks like a small invalid child with an incredibly weathered face. But this man is one of the pioneering photographers of Vietnam, and he has seen more in his life than I can ever hope for.

His photographs caught the essence of the Vietnamese people during the early years of photojournalism. His work during the French occupation and Vietnamese famines serve as historical records for the his nation. His access to Ho Chi Minh during war times as a photographer was impressive.
In 1972, American b-52 bombers continuously hit Hanoi. Hanoians called this time the “Sleepless Nights”. Despite government curfew orders during the air raids, many photographers stayed out to photograph.

Vo An Ninh was one of those photographers. He was said to be very calm, riding a bicycle at a leisurely pace, with a helmet hanging from one handle bar and a canvas saddle bag on the other.
His camera of choice, the Super Ikonta A – A Japanese 120 film rangefinder introduced in the 1950’s. Many photographers offered him newer cameras but he would just laugh and ask, “Why would I use one of those when I have this one?”

I sat next to Vo looking into his solid black eyes, watching him watching me. So confused he was. Trying to decide whether to say hello to me in English or in French. So he simply said them both. I asked how he was in Vietnamese and he said jokingly that he was going to die soon. Everyone in the room laughed but I could only muster an awkward smile in the corner of my mouth.
I think all stages of life are beautiful.

If you are lucky enough to live through every one, then you pretty much leave this life the same way you enter. You hope that your loved ones are around to help you enter your new journey into death. But as a photographer what happens next? The photographs that are the most important to me in history are the ones that have lasted the test of time. You hope that one day you can contribute some thing to history.

In 1991 Vo published his first and only book simply titiled: Vo An Ninh’s Photos. One of the saddest things I think is that he no longer a copy of his own. It is out of print and he had given them all away. So my girlfriend’s father, Bac Trai, and I set out on motorbike in search of Vo An Ninh’s Photos.
I imagined a quirky French song playing as the aging Bac Trai went from used book store to used book store searching for Vo’s book. The imaginary video that would play along with the music would show cut after cut of the store owners shaking their heads with a look that said, “Who is Vo An Ninh?”

I had hoped to find a copy to give back to him but we came up empty handed. I will continue to search for the portfolio before it is too late.
For his contributions to photography in Vietnam, Vo An Ninh has been awarded the Anti-US Order, Second Class; the Labour Order, Second Class; the Independence Order, Third Class and most recently, the coveted Ho Chi Minh Award.
I will remember Vo An Ninh. I’m glad that I found him. 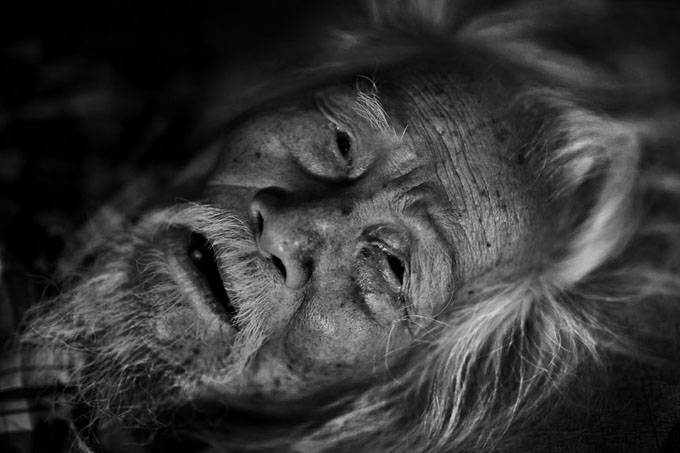