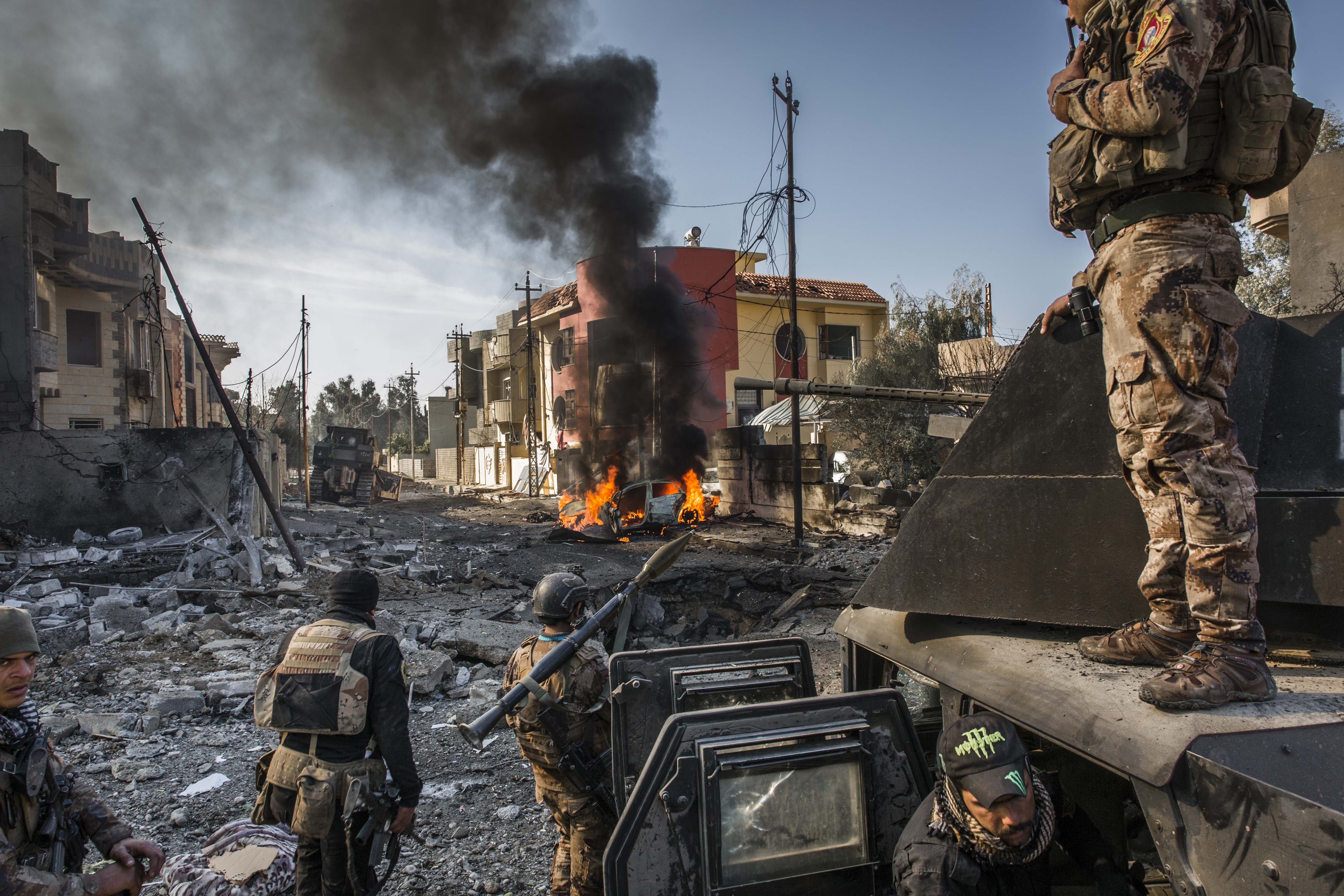 End of the Caliphate

Ivor Prickett’s book End of the Caliphate (Steidl, 2019) is the result of months spent on the ground in Iraq and Syria between 2016 and 2018 photographing the battle to defeat ISIS. Working exclusively for the New York Times, Ivor was often embedded with Iraqi and Syrian Kurdish forces as he documented both the fighting and its toll on the civilian population and urban landscape.

The battle to defeat ISIS in the region lasted years, resulted in thousands of civilian deaths and ruined vast tracts of cities such as Mosul and Raqqa. Involving some of most brutal urban combat since World War II, the fall of Mosul was key to the downfall of the Islamic State: soon after the remains of the so-called “Caliphate” began to crumble.

Ivor’s work focuses on the human struggles of conflict. Taken on the frontline, his pictures legitimately and compellingly record the experience of being “caught in the crossfire,” whether as a soldier or non-combatant. He furthermore captures post-war reality while attempting to reconstruct the final weeks of combat: the devastated cities including abandoned corpses of ISIS fighters, and, months later, families searching for missing loved ones, and civilians returning to reclaim their homes and lives.

Ivor will be joined in conversation with Anthony Loyd, senior foreign correspondent for The Times, to discuss the challenges of working on the frontline and the human stories behind his images. Copies of End of the Caliphate will be available at the event.

Ivor Prickett is a freelance photographer for The New York Times. He has been based in the Middle East since 2009, where he documented the Arab Spring uprisings in Egypt and Libya, working simultaneously on editorial assignments and his own projects. Traveling to more than 10 countries between 2012 and 2015, he also documented the Syrian refugee crisis. With a particular interest in the aftermath of war and its humanitarian consequences, his early projects focused on stories of displaced people throughout the Balkans and Caucasus. Ivor’s work has been recognised through a number of prestigious awards including POYI, Foam Talent, the Taylor Wessing Portrait Prize and the Ian Parry Scholarship. His pictures have been exhibited widely at institutions such as the Getty Gallery in London, Foam Gallery in Amsterdam and the National Portrait Gallery in London. He is represented by Panos Pictures in London. 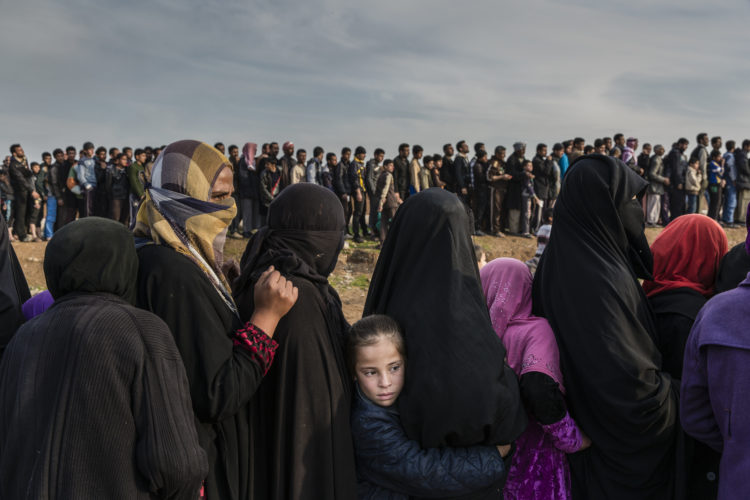 Civilians who had remained in west Mosul during the battle to retake the city, lined up for an aid distribution in the Mamun neighbourhood. Iraq – March 2017 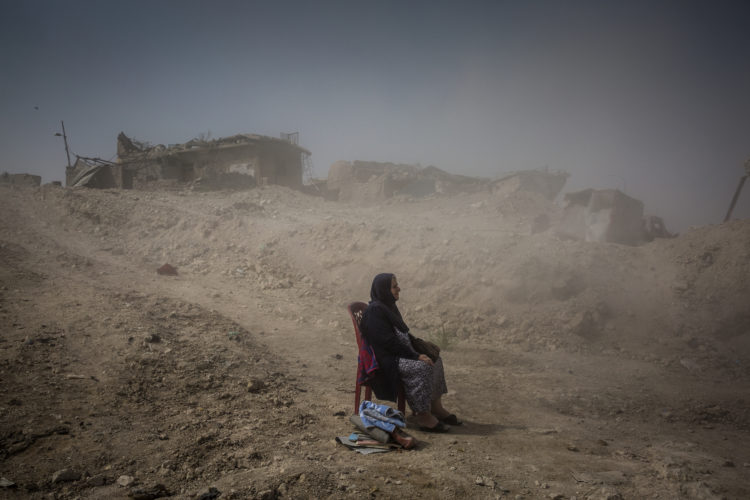 Nadhira Rasoul looked on as Iraqi Civil Defence workers dug out the bodies of her sister and niece from her house in the Old City of Mosul, where they were killed by an airstrike in June 2017. Iraq – September 2017