Embedded with the People: Photographs of Afghanistan with Zalmaï

“Here is a mountain, there is a mountain,” Zalmaï said, describing his journey crossing the border between Afghanistan and Pakistan. “In the middle is kind of a small mountain house. It’s the border. And at that point I realised actually the border is just in our minds.”

This was the first time Zalmaï left Afghanistan. He was a teenager escaping the war with the Soviets. The journey out of the country took eight days, as he walked through the night to avoid being spotted and potentially killed by Soviet forces.

Zalmaï told the Frontline Club audience that he had wanted to be a photographer from a young age. “Before the war in Afghanistan we had some newspapers, magazines, National Geographic – all those. I was looking at these magazines and was like, ‘How wonderful, how beautiful this planet is.’ I wanted to see it.”

Escaping Afghanistan to live with his aunt and uncle in Switzerland gave him the chance to study photography, but also left him without a sense of belonging.

“I was looking at the meaning of being a nomad,” Zalmaï said of his first book. For a few years after he finished his education Zalmaï travelled extensively, “always as a photographer,” visiting those who lived nomadic lives. 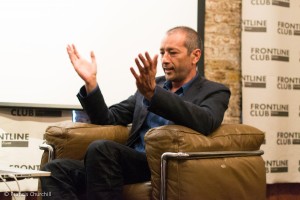 “I didn’t feel Swiss, I didn’t feel Afghan… because of that I went, for example, to Africa; I spent three months with the Pygmies inside the jungle, eating monkeys and snakes, trying to understand what it is to not belong to any place,” he said.

It was not until the 2001 invasion of Afghanistan that Zalmaï returned to his country of birth. He told the audience that initially he was not willing to go, but was convinced by a friend and fellow photojournalist.

“[I was] scared to go to Afghanistan… because of my experience of the trauma of the war, the soldiers, the destruction, the helicopters, tanks,” he said.

“It’s funny because that was the first time I was with so many different media: TV crews, photographers, journalists, whatever. And we were almost 500 people.” 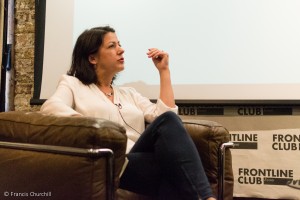 At the time, the Taliban was still in control of Afghanistan, and the lives and livelihoods of the Afghan people continued to deteriorate. Zalmaï noticed that the rest of the media seemed to be solely interested in the war from a Western perspective, and he consequently decided to focus on the civilian population of Afghanistan.

“When I went back to cover the fall of the Taliban, even at that time, I was shooting for Newsweek and of course they were looking for soldiers, special forces, action photos,” he said.

“After eight weeks in Afghanistan I went back to New York. Newsweek finally they saw the work and the picture editor was very happy, the photo department was very happy, but when we went higher than the chief editor, he said ‘who cares about the Afghan people?’”

Zalmaï was critical of the way journalists in Afghanistan covered military embeds. Military embeds, he said, were one-sided and only existed to fulfil the agenda of the military.

“I think it’s a trap for us as a photographer… The military have one point of view… We don’t even realise, actually [even] my friends and my colleagues, they don’t even realise we are used by the military, by politicians, to make public opinion,” he said.

On a couple of occasions, Zalmaï did himself embed with both British and American troops. In his photos he sought to show the parallel worlds in which foreign troops reside.

He showed the audience a picture of an Afghan man watching British soldiers walk past. The black and white photo showed a dusty, hilly landscape and he highlighted how out of place the uniformed soldiers looked. 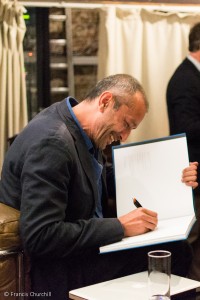 “You can see, they [British soldiers] could be on the moon or somewhere, and one Afghan [in the photograph] is like ‘what is this, what is going on?’ And this is the reality of Afghanistan, today also. And the British soldier there, you feel like he’s an astronaut.”

“It must have been a strange situation,” said Singh, ”for you to be embedded and have to be [shooting] from the point of view of the soldiers knowing what it must have felt like to the people?”

Zalmaï said it was a surreal experience. On occasion he did face discontent from Afghans he met.

“They were saying, ‘when Afghanistan needed you, you left and you had a very peaceful life in Europe, and now you’re coming back,’” he said. “I tried to explain them… I said I didn’t have to come back to Afghanistan… but I care about what is going on here.”

Through honesty, Zalmaï built trust with those he met in Afghanistan. Part of that honesty was admitting the limits to how much he had power to effectuate change.

“Most of the time I was embedded with the people.”

Zalmaï has no immediate plans to return to Afghanistan.

“I would like to go back, but I don’t want to repeat what I did,” he said. “I’d be very pleased to do a story about the happiness of Afghans, but I’ve been waiting for that for a long time.”

What will bring Zalmaï back to Afghanistan, he said, is more hope. “I don’t want to go back to tell the same stories.” 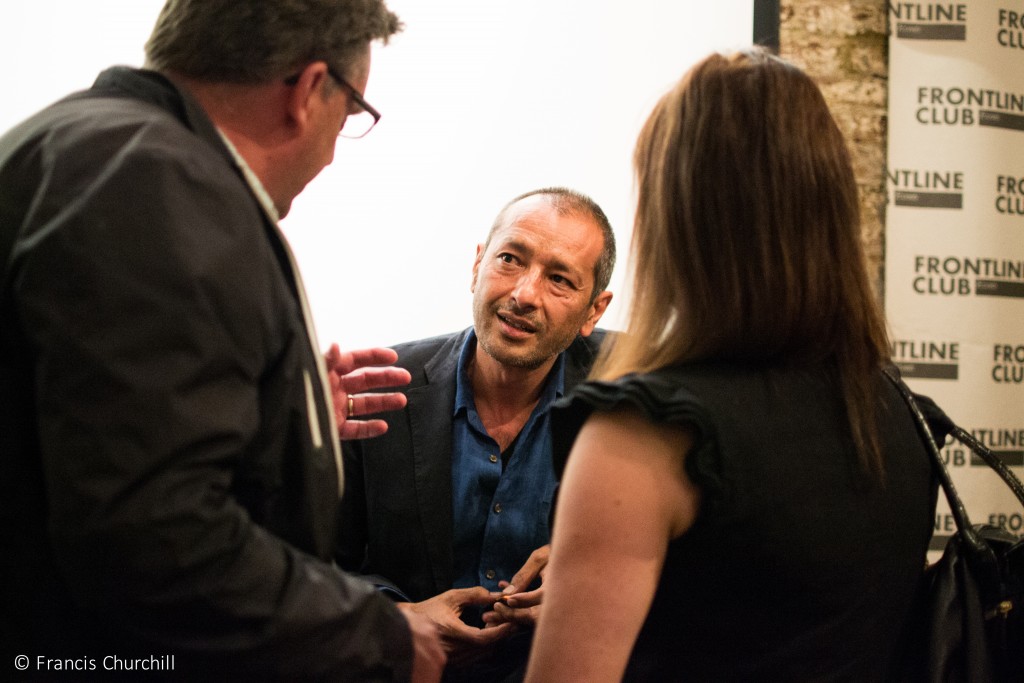