Drones and the ‘War on Terror’

“I’ve been obsessed with this issue since 2010, but now after all these years of the drone strikes and all the people that have been killed, to meet people on the street that don’t know what a drone is… it scares me,” said Schei.

“I’m not anti-drone,” Schei told the Frontline Club audience. “What I’m very critical of is the CIA’s use of drones where they’re killing thousands of people outside of declared war zones.”

One of the underlying problems with drone strikes that Schei’s documentary explores is the lack of intelligence. In Waziristan, the remote part of Pakistan that Drone largely focuses on, accurate intelligence is almost impossible and this is reflected in the statistics. 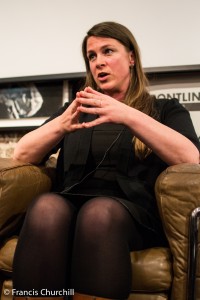 “I think some of the recent numbers [of targets killed] are around 69 high level militants. So then you wonder, what about the other 90 percent. Who are they killing? And what kind of ‘imminence’ are these people posing to the security of the States?”

“One of the main things that we hope to do is to sort of take down the whole selling point on the drones being this perfect surgical weapon in the war on terror… it is important to acknowledge the thousands of people and the thousands of civilians that have been killed in this war.”

Creating this film was no easy task, as gaining access both in the US and in Pakistan proved difficult.

Schei told audience members that she was starting to get “a little bit desperate” whilst trying to get access to the US Air Force.

“Interestingly enough, as soon as Brandon [Bryant] agreed to participate in the documentary, the US Air Force opened their front door, pretty much almost the day after,” said Schei. Bryant was an ex-drone pilot who, after leaving the Air Force with severe post-traumatic stress, told his story to Der Spiegel.

“There was something about the way he told his story and the importance of his voice that really made an impact on me,” said Schei. She spent nine months building up trust with Bryant because of the “incredible media hunt” which he experienced after the Der Spiegel story was published.

Once the US Air Force were sure of Bryant’s participation in the documentary, they extended invitations to Schei to visit airbases and provided access to their video library. 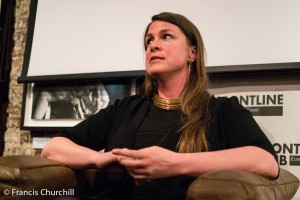 “What do you really think the chances are of seeing genuine prosecution?” asked a member of the audience. “Is there really a chance of actual indictment of the head of the CIA for war crimes?”

In fact, two of the film’s protagonists, Shahzad Akbar and Clive Stafford Smith of Reprieve, have recently been making legal progress in Pakistan.

“[Akbar] actually, last week, won a very important case in Pakistan where a judge is now opening up the possibilities for the CIA officials to be prosecuted for their involvement in the 2009 strikes against Kareem Khan and his family,” said Schei.

Drone strikes still have significant popular support in the US, likely because they give the impression of security without the human cost of the lives of US soldiers. “They [the American public] don’t have enough information about what is really going on,” said Schei. However, the use of drones in warfare is not solely an American issue.

Over 100 countries worldwide are currently developing drone technologies, including the UK, Israel, China, Russia and Iran. Schei told audience members that the use of drones by the US is setting a dangerous precedent, both with regards to international law and international standards surrounding the use of drones.

“I think it’s going to be very very difficult for us to point our finger at anybody else that starts going after whoever they might see as imminent threats around the world,” she said, “…it’s just a matter of time before we will see this.” 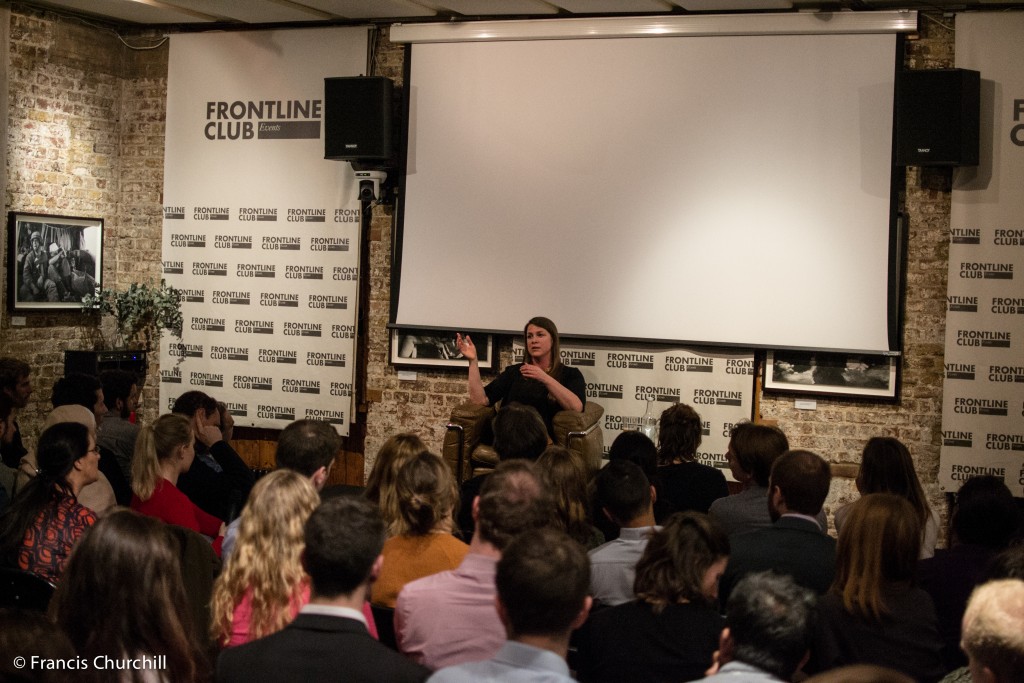 Visit the Drone website for more information on the film and upcoming screenings.